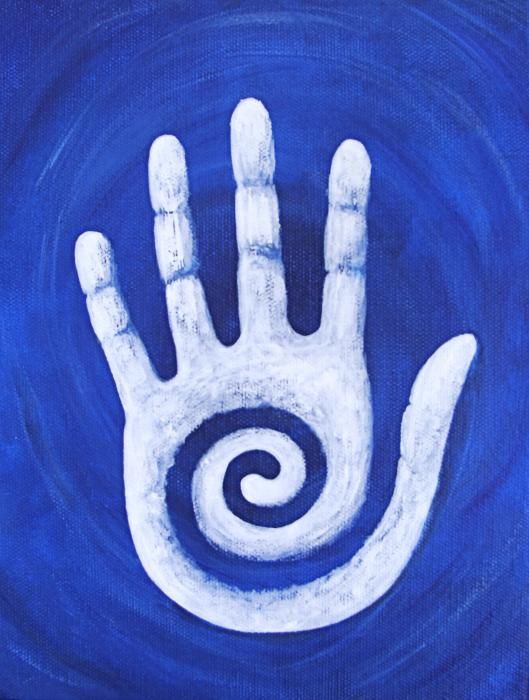 Human healing occurs on planet Earth at many levels: individuals, whole bodies, communities, and globally. Healing also happens in the environment and in our solar system. This witness post will focus on the human wisdom and toll of healing, especially today, with our species’ dismal experiencing during the Covid-19 Pandemic.

Vernon Cooper was a celebrated healer in the Lumbee tribe of North Carolina. He practiced the rituals of person-to-person healing, which he received from his ancestors. [2] “My grandmother passed her healing power on to me, [when she was on] her deathbed in 1917. She said the ability was a gift that had been given to our family for four hundred years. She told me, ‘You will be the last one with that gift in our family. There will never be another one.’ When my daughter was born, I prayed the prophecy would be changed, that she could become a healer too. But it wasn’t to be.” [3]

Vernon Cooper, circa 1989, by Steve Wall

Cooper’s wisdom and healing powers come from those 400 years of prayer and practice. It was a gift which he offered continuously for over seven decades to the Lumbee people. “Nothing happens to a person that can’t be cured, if you get what it takes to do it. We come out of the earth and there is something in the earth to cure everything.” Those words ring so true in our time of pandemics and scourges. The challenge is to learn as much as we can from those who have the remedy. And a plenitude of that learning can come from the first Americans and the two spirit peoples.

The Power of Touch and a Place for Faith

With the danger of Covid-19, social distancing and hand-washing are international mandates. And all health care workers are gloved and covered and shielded from any skin-to-skin contact or breathe droplet-to-face exposure. It is a treacherous time to be a Good Samaritan. We have to do our good deeds without the power of touch.

“In the old days, before my time,” Cooper says, “it took only a single herb to cure a person; now it takes a combination.” He laments that the prized herbs and roots have been killed by pesticides and chemicals, so they are nearly impossible to find in their native habitat. And he opines about the process of learning, “Everything I know I learned by listening and watching. Now a days people learn out of books instead. Doctors study what man has learned. I pray to understand what man has forgotten.” Cooper continues with his own Hippocratic oath, “I don’t fix a tonic until I’m sure what’s wrong with a person. I don’t make guesses. I have to be sure, because medicine can do bad as well as good, and I don’t want to hurt anyone.” His words ring true, when we reflect on hydroxychloroquine and other remedies dangerously thrown into the healing mix by the US President.

The gifts of herbs and tonics and touch were passed down by Cooper’s grandmother who was able to diagnose and heal by touching, by laying on of hands. “We call it ‘rubbing.’ I rub people with my hands to find the sickness. I pray to the Lord for help. If the patient has faith, the fever’ll come right out, right into my hands. I can feel the heat in my fingers. Sometimes the skin peels right off my hands. I can feel the patient’s pain like an electric shock. My veins swell up for days.” 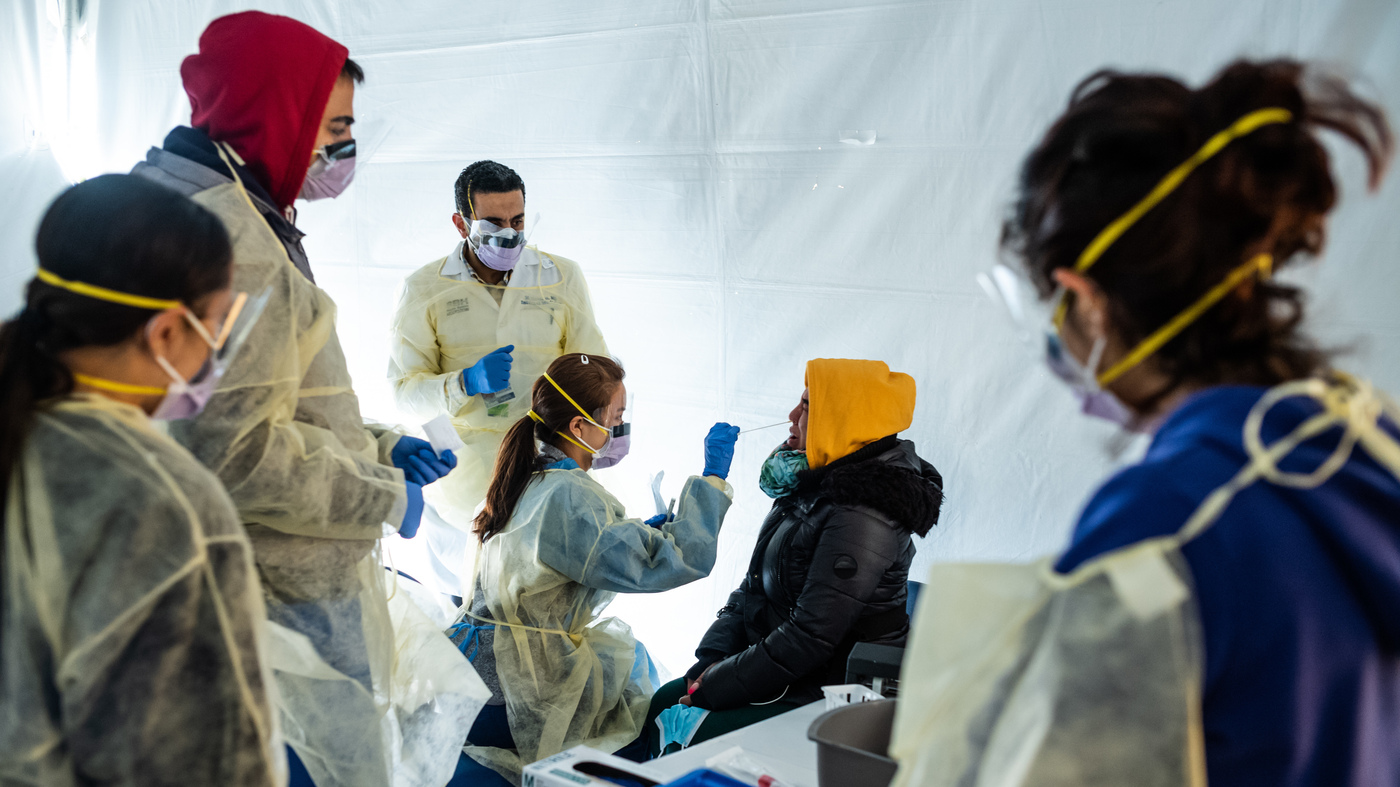 The Burdens of Healing

“Sometimes I get real tired. I work all night, night after night. One patient after another. Maybe I get to bed at one or two in the morning. Then, at five, someone’s knocking on my door and it starts all over. That’s the way it’s been for years…There’s no heavier burden than being a healer.”

The doctors and nurses and healthcare professionals know these burdens well. The pandemic has both inspired and terrified our population of medical professionals. The risks of “showing up” are the ultimate sacrifice, and no banging of pots and pans, or Air Force flyovers can alter those grim facts. Yet the healthcare workers sound like missionaries, determined to do their absolute best every moment in the hospital, even to the point of exhaustion.

When Vernon Cooper was asked about slowing down, or taking a vacation, or taking a break, he was adamant. “I don’t want any vacation. If I got rested up, why, I’d just start working even harder and get tired all over again. So, I’d just as soon stay tired.” He goes on to ponder what comes next: “Vacations would only delay my time of reaching that wondrous land I’m going to. It won’t be long now. So I’m going to finish what the Lord put me here to do. Then, when I go to that other place, I’ll be able to rest and never be interrupted again. I can tell you, I’m looking forward to that.”

The Age We Live In

Cooper feels he was not cut out for the age we live in, even back in the 1990’s. “Everybody’s hurrying but nobody is going anywhere. People aren’t living, they’re only existing. They’re growing away from spiritual realities.” Sounding so prescient from three decades ago, Cooper reflects, “These days people seek knowledge, not wisdom. Knowledge is of the past, wisdom is of the future.”

“We are in an age when people are slumbering. They think they’re awake, yet they’re really sleeping. But this is a dangerous age, the most dangerous in human history. People need to wake up. They can’t hear God’s voice if they’re asleep.”

Vegetables Plowed Under in Florida during the Pandemic

Back to Mother Earth

“Heavy equipment and light-minded people have destroyed just about everything nature has provided. Well, we can’t keep ruining the earth and poisoning it and think we can get away with it.” Taking a decidedly apocalyptic tone, Cooper says,  “Certain destruction is going to hit one of these days. We’re on the verge of a change such as has never been before. God is going to intervene.”

Thirty years later, we still have many lessons to learn. We have to pray that we still have time to make all the essential changes. Amen to that.

[1] The Hopi Hand, in this case the right hand is palm up and stylized by Pinterest. According to the Ancient-Symbols.com website, the Healer’s Hand, also known as the Shaman’s Hand, is an ancient symbol of healing and protection. It consists of a hand with a spiral palm and it is believed to have come from the Native American solar hieroglyphs, found carved in a number of sacred places in the Southwest. The spiral is a universally accepted symbol of eternity and in some traditions it symbolizes the Spirit. When the solar spiral is used to make the shape of a hand, the figure is believed to be infused with therapeutic energy.

The open hand with a spiral is also a symbol from Reiki therapy, which depends entirely on the hand of the practitioner over the body of the patient.

[2] Capturing the wisdom from our elders is one of the challenges for every generation. How do we preserve the truths and not have to relearn them all of the time? The primary source for this Witness Post is from a book, which was given to me by my daughter, Kathleen. Arden, Harvey & Wall, Steve, Wisdomkeepers: Meetings with Native American Spiritual Elders, Beyond Words Publishing, 1990.

The Lumbee tribe is believed to be descendants of the “Lost Colony” founded by Sir Walter Raleigh on the Virginia Coast in the 1580’s. Today the Lumbee is the largest tribe of Native Americans east of the Mississippi, with approx. 55,000 members. The tribe members are living primarily in Robeson, Hoke, Cumberland, and Scotland Counties of North Carolina.