The red-shafted flickers nested in the Narrow-leaf Cottonwoods near Sawyer Creek in New Mexico. We loved its call and color as it flitted from creek to branch to grass to nest. And its primary feathers found in random places on the ground were the best gifts of all — into our hats went those treasures.

The Red-Shafted Flicker (though some call the race as Northern), the one with the red tail feathers, is a colorful character in the neighborhood. Many say that flickers appear brownish overall, which may be correct, but it is easily distinguished by many birdwatchers by its white rump patch, which is visible in flight. And its flight pattern, those undulating dips as it goes from tree to tree, gives the viewer ample time to take in the white rump, the red feathers and the overall red color that it most apparent to me. With a closer look many a birder will see that the brown plumage on its chest is richly patterned with black spots, bars and a crescent. I also love the red lores, like ruby whiskers down its otherwise grey cheeks. 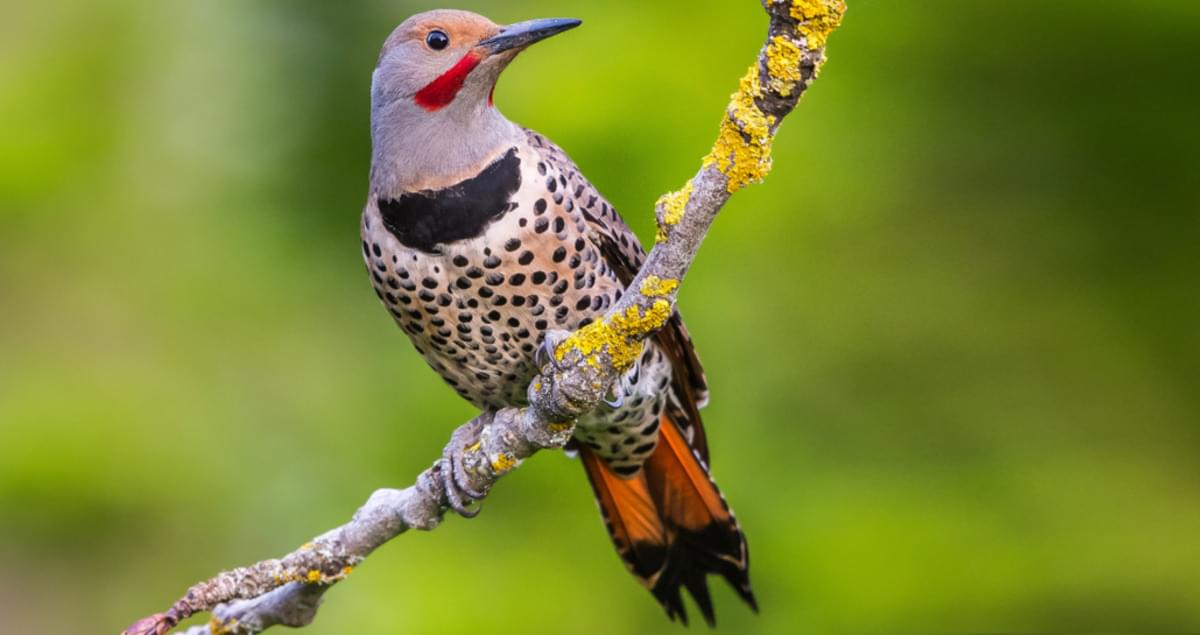 The yellow feathered version of the Northern Flicker is usually called the Yellow-Shafted Flicker. Regionally it is a noteworthy member of the woodpecker family.

These two races of flicker cover most of North America: the yellow-shafted form of the East, which occurs into Texas and the Great Plains, and the red-shafted form of the West.  Yellow-shafted forms have tan faces and gray crowns, and a red crescent on the nape. Males have a black mustache stripe. Hybrids look intermediate of the two forms and are common at the edges of these two groups’ ranges. The call is a string of wonderfully loud woops that can be heard for what seems like miles away.

It is believed that there are over 100 common names by which the northern flickers are known, including yellowhammer, clape,  gaffer woodpecker, harry-whicket, heigh-ho, wake-up, walk-up, wick-up, yarrup and gawker bird, which all seem to have been derived from birders attempts to imitate its calls.

Long live the Flicker, whatever name you call it! 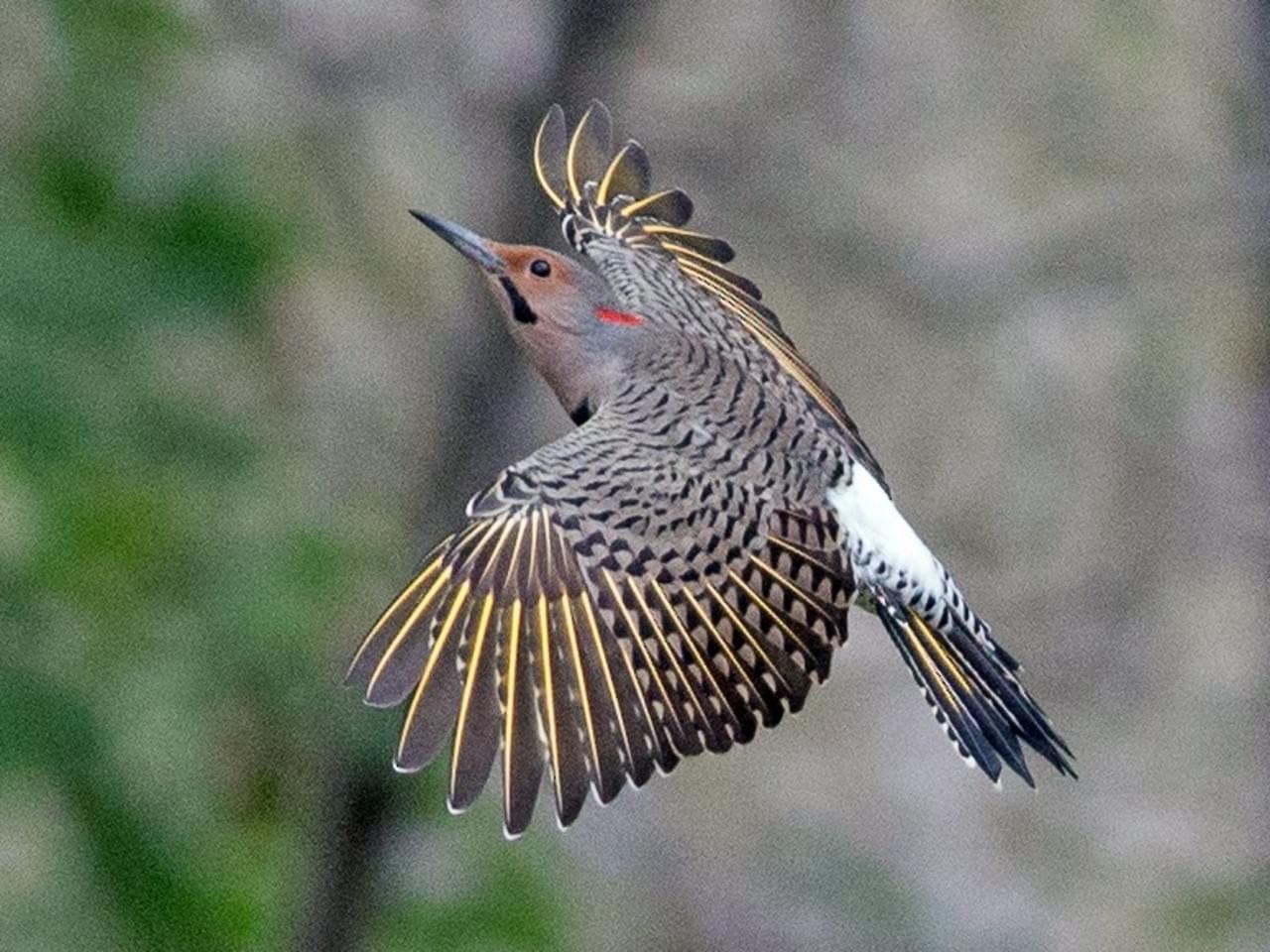