According to the artist, A.L Salmie, the old Katsina, Blue Whipper, as recently as 2001 reappeared on 3rd Mesa in the Hopi town of Old Oraibi. The spirit figure has a similar appearance to the Hu Katsinas, except it has stepped bars instead of horns. All Hu Kachinas are powerful spiritual beings. They appear during Powamuya Ceremonies and initiation rites, usually in the month of February. They help initiate the Hopi children ages 10 to 15 and they are often accompanied by the uncles of the youths in the age range to become indoctrinated into the Katsina beliefs.

Sakwa Hu, sometimes called the Guard Whipper, has the responsibility to maintain order in the dance ceremony to ensure reverence and respect for the other Katsinam. The Blue Whipper carries yucca whips in purification rites and appears fierce-looking with bulging eyes, a big beard and a long, bright red tongue.

The Hu The Whipper Kachina is a favorite of the Hopi peoples as it is often painted is captured in beautiful detail. He purifies children, clowns, and Crow Mothers by whipping them with the yucca fronds that he carries in both hands. His fierce zigzag teeth represent a terrifying reminder of the persistent role of giants in the Hopi culture. He wears a neck ruff of fox and his head and body, typically painted black, is sometimes sponge painted in turquoise. 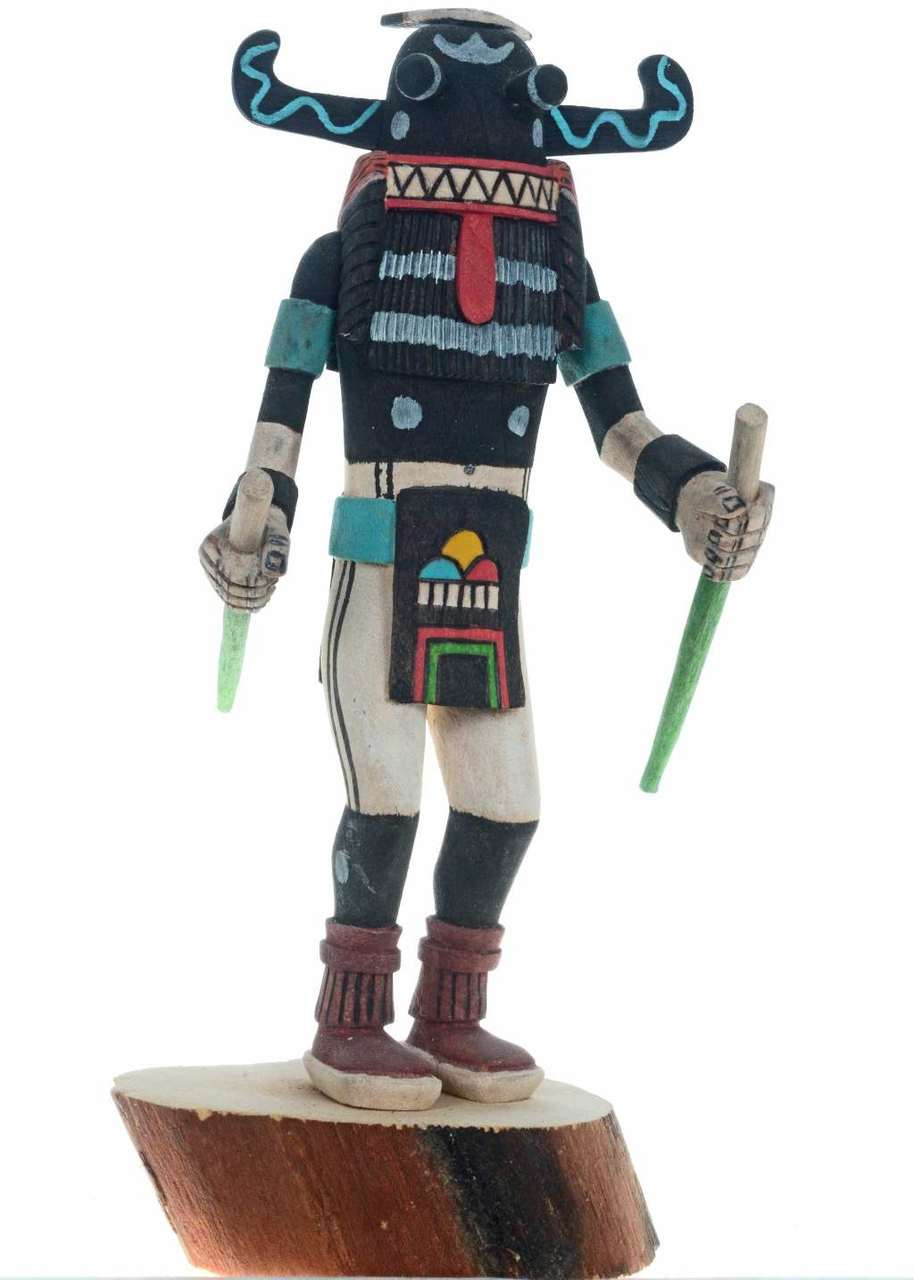