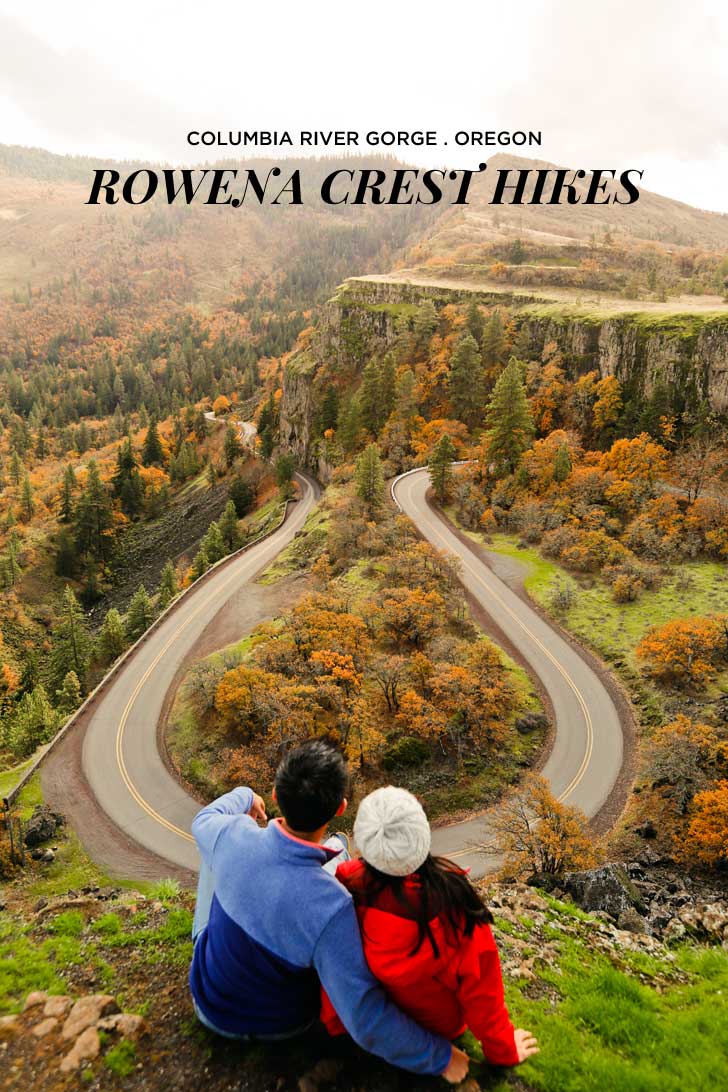 Our May, 2018 anniversary hike was an easy one this year, as we headed into our 35th year together as a married couple. We had heard from Peyton Chapman about some great wildflower fields along the route and also some spectacular views of Mount Hood, Mount Adams, and the Cascades from the crest. We were disappointed in the mountain vistas, due to low clouds, but the views of the Columbia River, the lava flows and the wildflowers were astonishing.

It turns out the trip was two hikes: the easy one mile long Rowena Plateau Trail, and the moderate 3.6 mile hike uphill to McCall Point, a total rise of about 1,200 feet above the parking area.

We woke up early (Harry and Meghan’s royal day in England and ours, too) and drove east from Portland, on I-84 two exits past Hood River to Mosier, Oregon  (Exit 69). Turn right at the freeway off-ramp and follow the Historic Columbia River Highway through the tiny town of Mosier. We continued east on the scenic Columbia River Highway for almost 7 miles, when we turned to the right following a big sign that read “Rowena Crest.”

From the trailhead we crossed a flat area for a short distance before picking up a faint old road. The surrounding area was covered with grass and blue and purple batchelor buttons, in full flower. We followed the road bed for another half mile or so to an intersection with another old road, that is said to be a remnant of the wagon road that was built from The Dalles to Hood River in the 1870’s.

There are amazing views to the east including the hair-pin turns in the Historic Columbia River Highway and a continuation of this wagon road, as it switches the opposite side of the valley. Trail maintenance crews were digging holes to put in signs for “Tom McCall Point Trail.”

After a short climb the trail reached the sloping meadows overlooking the Rowena Plateau and the small town of Lyle, Washington. From there, the trail got steeper as it switch-backed, alternating through forests of scrub oak and open grassy areas. This part of the trail was populated with poison oak (and ticks, we were warned) so we were on the lookout. We also had long pants, just in case we got too close. As we climbed, the views of the river and the plateau get better and better, as did the bright balsam root, just past its peak flowering time.

The summit is marked by the kind of marker more commonly seen next to the freeway. We got some beautiful river views, and although we missed the Mount Hood views, we did not feel cheated. Instead we were treated to a show by a few sets of mating Lazuli Bunting, which were full of color against the green of the trees. 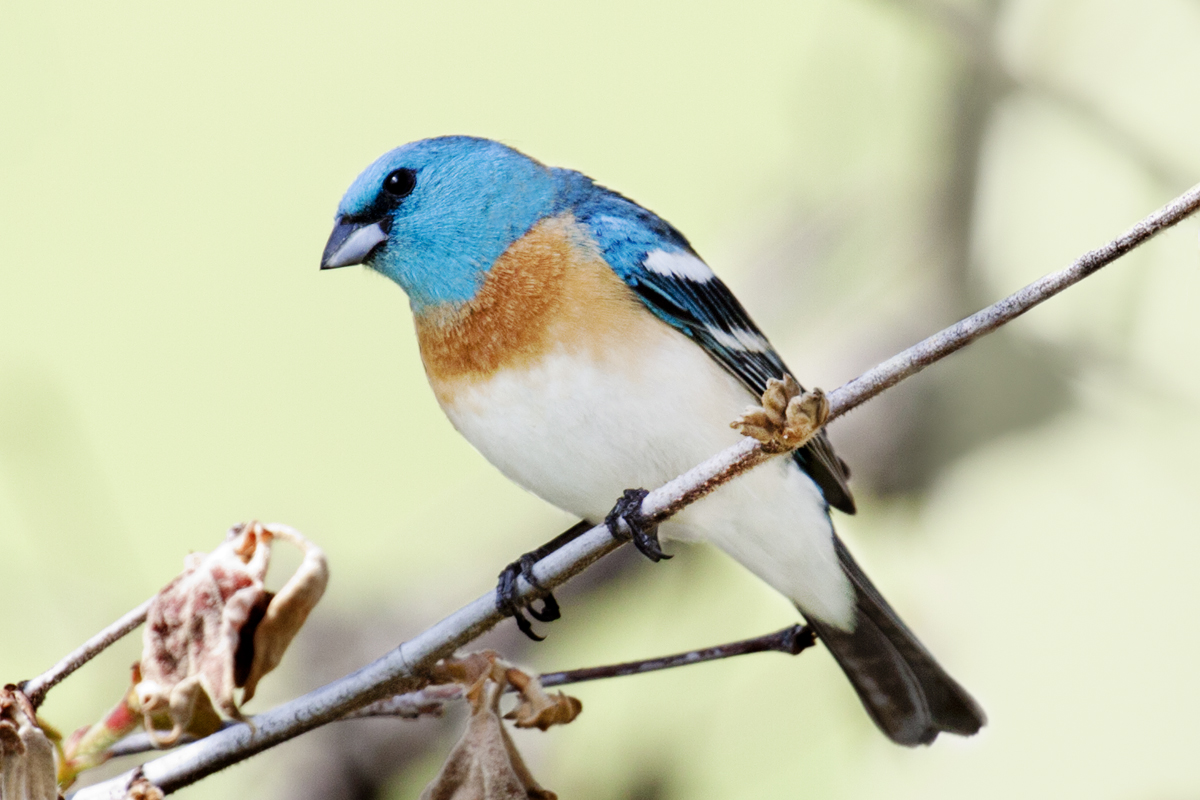 We had lunch on the crest and had some wind left in their lungs, so we followed a fainter trail that continued south dropping steeply into a little saddle and climbing back up the peak beyond. This part of the trail was narrower, steeper and more prone to slipping, so we kept out eyes out for poison oak. The area was badly burned a few years ago and the oaks and firs are still standing but dead and solitary. A few tree carcasses lay across the trail on our ascent. The peck marks of the woodpeckers and flickers are hardened over with dry sap.

After about another half mile, we reached the second summit covered is small oak trees, some Ponderosa pines and Douglas firs with the branches facing west shorn off. The open viewpoints from the ridge were spectacular in all directions. 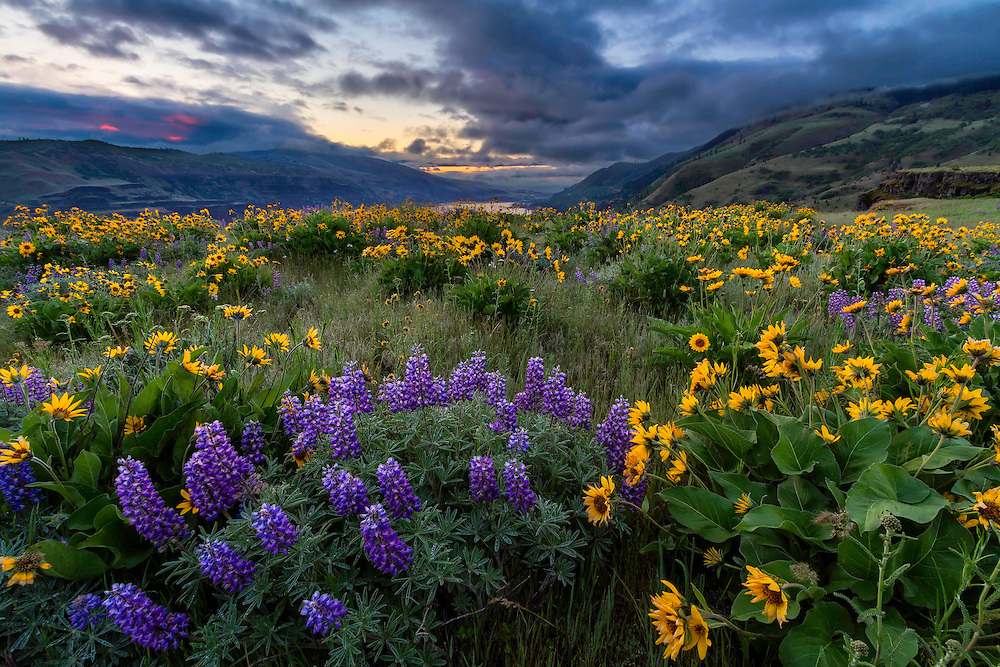 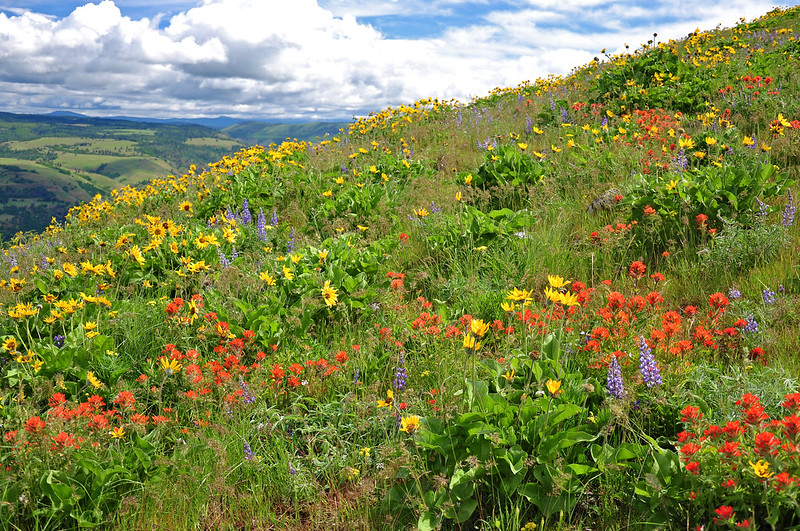