Setting: Spending four days with Charlie and his wife, Steph, who live in York, Pennsylvania, was a time to take notes, to listen, and to be present to my brother and his wife. Charlie is often the one who receives lectures or tutorials from other family members; however, in this case Charlie has a Ph.D. in epilepsy. He does not need a sermon. It was my chance to be present, to be alert, and to be a witness to his life as a man, brother, father, husband, and fellow pilgrim in this world. He is taking on life, as debilitating as it is, and making the most of it at age 54.

Seizure Diaries: Charlie has been able to give an important update on his life recently. It is a recap of his struggles and physical trials over the past few years. He posted his observations in his Diary a few weeks ago. Take a look at his recent seizure history:  https://henryehooper.blog/seizure-diaries-my-seizure-life/

The Tally: Charlie had three seizures in the four days I was with him in York — two within the first hours and one the last morning. For the first time in a long time, he had two days in a row that were seizure-free. The seizures he experienced were all 20-second Focal Seizures, the sort he has experienced most since the NeuroPace device was implanted in his brain last year.

Two days after I left York, Charlie had a bad grand mal seizure. He had just gotten up for the day and was in the bathroom on the first floor. The seizure lasted about 20 minutes, which is a very long time. Steph was able to assist him to the couch after about 35 minutes and she got him his meds. He went back to bed and was out for most of the day. Steph had to go to therapy and then to work, but she was in touch with him during the day via phone and text. Steph got home around 9:30pm and Charlie seemed tired but better. Although no one would wish a grand mal seizure on someone, I am sorry to have missed this one, his fifth grand mal (Tonic-Clonic) since he saw his neurologist in May. If I had been there for the one of the grand mal’s, I would better understand his scope of his “new normal” pattern of his big and little seizures.

Meals: Except for an extravagant lunch of Graul’s chicken salad with toast rounds and lettuce, we ate balanced meals. Charlie is trying to reduce his unnecessary carbs and make healthy dietary choices. He has a renewed sense of meal adventure, adding fish, sassafras tea, white meat, lots of vegetables and salads to his daily menu. Since Steph has been the only one to stand over any open flames, Charlie says he will cook with Steph while they are together at the house. Charlie seems to have a newfound interest in eating healthily, as he pulls out Mom’s cookbook and the Betty Crocker and Joy of Cooking cookbooks he has from her kitchen. We had meals of corn on the cob, pork chops, salmon and trout, along with fresh strawberries, plump salads, and minimal desserts.

Patterns: With new medication Charlie slept for about 7 hours/night and awoke mostly rested. He took awhile (2 hours) to rev-up in the mornings, as his system gets going. He and Steph have a little breakfast (Charlie – cereal and coffee, Steph – coffee). Steph is on the second shift at Walmart and has four 10-hour days. She drives to work at about 11:00am, starts at noon and works at the pharmacy until 10:00pm, when she take final inventory and places orders. Charlie eats three meals, starting with breakfast, followed by sandwich lunch and a re-heated dinner, which four nights a week he eats on his own. In the evening he has a 45 minute pre-bed routine, scanning his brain for seizure activity with a computer wand. He sends the data to NeuroPace before going to sleep. He takes a handful of prescription drugs and gets his meds ready for the next day.

Photography: Charlie is an avid photographer, with a keen interest in images of nature. He attributes his interest to watching our Dad with his Leica camera all those years. Charlie’s daily routine includes reviewing and editing his photos and posting them on some photo websites for review and “gallery walks” by others on the sites. He has quite a photo collection of birds and nature. His images have received acclaim in those internet circles. His backyard menagerie of robins, jays, blackbirds, sparrows, doves, Cooper’s hawks, swallows, goldfinches and bunnies are admired and photographed daily. 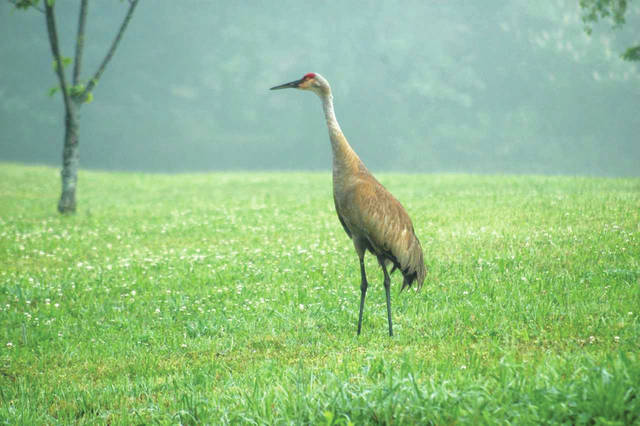 We went out to several locations in York and Baltimore County, parks and outdoor trails, where Charlie took pictures of flowers, trees, shrubs, waterfalls, horses, dragonflies, and shadows. He has a sharp eye for images that strike him and he captures them with as much natural light as he can. He has a camera and his phone, which he is happy to click away.

We collected some sassafras root for tea and dodged the vast outcroppings of poison ivy and wild pea vines.

Collections and hobbies: Charlie has a prized collection of Orioles and Ravens memorabilia, with special emphasis on signed baseballs and baseball rookie cards. Since my daughter, Margaret, is an avid sports fan, Charlie found a willing recipient, if his sons are not interested in them, when the time comes.

Steph has been concerned that Charlie needs to have additional hobbies. She wants to take him to Hobby Lobby, the new hobby center, when it opens in York. She hopes some newfound interests will engage Charlie in some meaningful mental and physical exercises. We all share this ideal for Charlie.

Being of service to those we love: We were able to visit with John Evans, our 82 year old uncle who is recuperating from an illness at Masonic Homes in Hunt Valley, Maryland. John’s spirits lifted when we arrived. We were not sure in what shape our Uncle would be. John was riding an exercise bike when we showed up. John shared the story of the seizure that rocked him, just one week after his wedding to Pat Albert. She is a dear wife and caregiver for many of the Evanses and for that we are eternally grateful.

The two men traded seizure stories and dietary and physical regimes. They have each had to endure physical hardships to live their lives as well as they can.

The Existential Question: A few weeks ago Steph had a serious car accident, when she was t-boned by a new driver on his cell phone. She was brave enough to write an email to the Hooper family asking what the rest of the family would do if she were fully impaired in an accident or if she pre-deceased Charlie.

Charlie is emboldened by our discussions on the topic and wants to join in the conversation. He said he also wants his sons to be brought into the discussions before any important decisions are made. (Ian and Adam will be added to discussion email chains about Charlie’s health going forward.)

Charlie reconfirmed that Adam will be in the US this summer. Ian is looking for a job in Dundalk, Ireland. Charlie said that if Ian can get some experience with a pharmaceuticals company, he may be interested in immigrating to the States in the near future. Ian and Adam are both dual Irish and US citizens. We will keep the boys in-the-loop on discussions the extended Hooper family has with their father and nuclear family.

Rails to Trails and the great outdoors: We had an extraordinary walk along the Pennsylvania Railroad (PRR rails to trails) path in the area where Charlie and Steph live. Charlie took pictures, walked with vigor and he had a chance to join his wife in some outdoor exercise on a flat area with sun and shade. He spotted birds everywhere: king birds, robins, mockingbirds, catbirds, killdeer, osprey, Canada geese, jays, red-winged blackbirds and cardinals.

Importance of Family: Our sister, Eleanor Missel, visited Charlie and Steph recently and that visit was very important to them. Nothing like a dose of kin to keep you focused on what matters most: family. Over the weekend we visited Robbie and Kelly Hooper and their children, Lukas and Amelia, who live in Seven Springs, PA. Beyond being blood-relatives, we are grateful to the openness that Robbie and Kelly have to extending their hospitality to aunts and uncles. Charlie and Mary Chodroff have also provided valuable Family support. Outreach in the medical community can be vital to the assistance one receives in the complicated and healthcare maze. Our sister, Millie LaFontaine, will find a time to visit so that she can have her years of medical experience available to Charlie and Steph.

As much as anything, time with family reminds us that hugs and stories and laughter are good medicine. It is so important to provide outreach and support to those we love.