Fast is one of those four letter words with so many different meanings in different contexts. 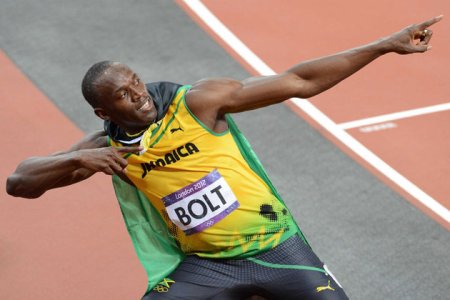 FAST: Quicker than average runner.  Think Usain Bolt.  My Boston friends say he is wicked fast!  Every athlete loves being called fast, right? Speed makes the critical difference for base stealers, distance runners, sprinters, soccer players, downhill skiers, hockey players…fast is a competitive edge.  It is a defining difference that comes with youth, vitality, practice, and God’s gifts.  To make it in sport as a slow player is extraordinarily difficult.  Not impossible, but slower players have to be more clever. Many slower players are deceptive and sneaky, using their wiles and endurance to gain the advantage and win. The tortoise does beat the hare after all. 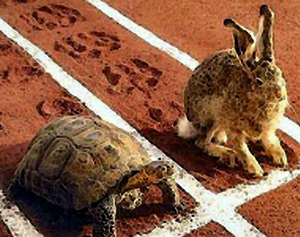 FAST: Not clear on why, but the women in my family keep the clocks in their cars about 5 minutes fast. It seems to be a mind game they play to prevent them from arriving late to the next appointment. It must be a gender thing.

FAST: Fasting is a combination of religious observance and athletic discipline. It slows down the metabolism. People are expected to eat little or nothing and to drink water. They are to slow down and pray. Think of Ramadan and weeks of physical starvation.  To fast is to sacrifice, to put off physical taste to another time, to feel those stomach pains as part of the future gains. Getting inside yourself and clearing one’s mind can draw you to the divine.  Catholics used to fast between Saturday at midnight and Sunday communion. That weekly tradition has been all but eliminated, except in the strictest Orthodox communities. As to athletic discipline, many wrestlers say they thrive on hunger. They train their minds and bodies to cope with hunger pangs. They delay oral pleasures, because making weight and winning is more important to them than temporary physical discomfort. They have food cravings, like everyone else, but their training makes fasting part of who they are.

FAST: The first meal eaten after a period of fasting is BREAK-FAST. Yummy!

FAST: Permanent, as in a fast colors, which cannot come out of clothes. 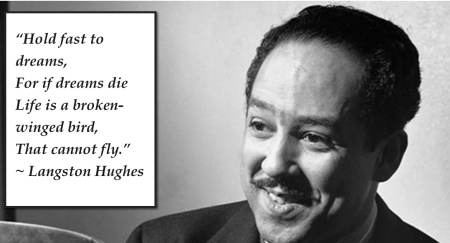 FAST: Hold tight and close. Do not let go, as in “Hold fast to dream” by Langston Hughes.  Fasteners are clasps that hold tight.  They are for keeps! Fasteners are slow to give way, but do so with the appropriate tension and direction: think Velcro.

FAST: We had a camp director who had a common command when emergencies arose: “Stand Fast!” he would shout.  The expression meant that we should have glue on the bottoms of our shoes and not take a step. We were expected to remain silent, awaiting further instruction. We gave our full and undivided attention to the director.  He felt that what he was imparting was more important than what you were doing. Simply, clearly we were to stop, shut up and listen, standing FAST.