Duniway Park is one of the many landmarks in Southwest Portland, yet few of us bother to find out why these areas were named as they were. Today Duniway Park is the home to the local branch of Under Armour, the Baltimore, Maryland-based sports apparel firm. Portland Parks and Recreation rents out the track and soccer field to schools and sports organizations. The larger park west of the track includes a lilac garden, tree-covered pathways, and beautiful views along SW Terwilliger Blvd. The park is named for Abigail Scott Duniway, one of Portland’s most important historical women. Her legacy is her passion to fight for equal human rights for all people in the Northwest. 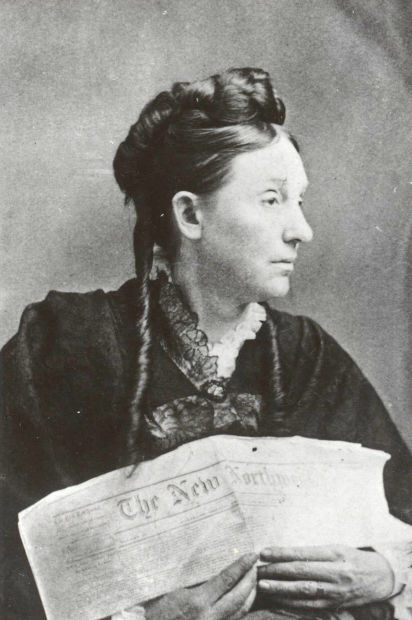 Through her years of hard work, Abigail Scott Duniway transformed herself into one of Oregon’s first and most outspoken women’s rights suffragists. She was an acclaimed lecturer, organizer, writer, lobbyist and editor. She is remembered by historians for her controversial stances as Oregon’s “Mother of Equal Suffrage” and “Pioneer Woman Suffragist of the great Northwest.” In her 80 years on this earth, Duniway devoted over 40 of those years to the cause of equal rights for women.

Equal Rights for Women in the Pacific Northwest

The different geographic segments of the Northwest did not all come to approve equal rights at the same time. There were pockets of liberalism and conservatism throughout the territories. In the Idaho Territory, for example, Duniway celebrated victory for woman suffrage in 1896. Yet in the Washington Territory, it took another 16 years for women’s rights to be acknowledged and made law. Through her determined efforts Duniway was able to overturn the prohibition of women’s rights to vote in Washington in 1912. Up to that point the territory had handed Duniway and her supporters a series of losses at the ballot box in 1884, 1900, 1906 and 1910. Oregon women finally gained the right to vote by ballot in 1912.[1] 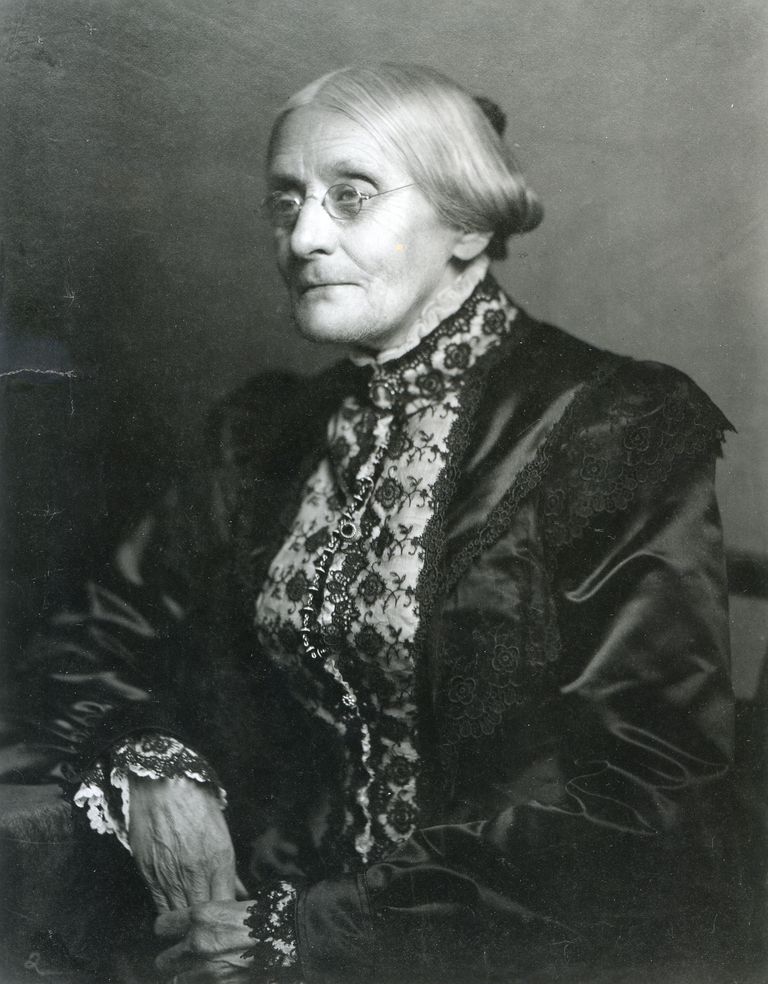 Encouraged by one of her mentors, Susan B. Anthony, Duniway attended many national suffrage conventions over the years and became one of five at-large vice-presidents. In 1890, Duniway helped negotiate the merger of two different suffrage associations into the National American Woman Suffrage Association.

Along the way Duniway penned an extensive legacy of important writings, including her weekly human-rights newspaper, The New Northwest, which she edited and published in Portland, Oregon for sixteen years (1871-1887). She also wrote The Coming Century, her “Journal of Progress and Reform” (1891-1892); and The Pacific Empire, a Portland weekly she edited for three years (1895-1897). Interestingly Anthony wrote an epic poem, David and Anna Matson (1876); an autobiography, Path Breaking (1914); and twenty-two novels, including Captain Gray’s Company (1859), the first novel commercially published in Oregon. The novel was later revised and published as From the West to the West (1905).[2] 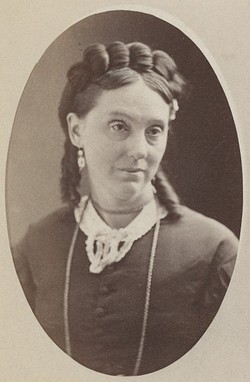 Early Life in the US

Abigail Scott was born October 22, 1834, to John Tucker and Ann Roelofson Scott, in Tazewell County, Illinois, the third of twelve children. Three children died at a young age. In 1852, the Scotts decided to move west and traveled to Oregon Territory with their nine surviving children. Seventeen-year-old Abigail was assigned the task of keeping a daily journal of their travels.

During her first year in the Oregon Territory, while teaching in Eola, Abigail met Benjamin C. Duniway. They were married in August 1853 and settled on Ben’s donation claim in Clackamas County. They raised six children. The family later moved to Yamhill County, but then through various incidents lost both farms: one to a fire and the other to a flood followed by collection on promissory notes.

Tragically Ben suffered permanent injury in a runaway-mule team accident in 1862. After the injury he could only do light work. At Lafayette and then Albany, Oregon, Abigail became the primary breadwinner for the family, taking in boarders, teaching school, and running a millinery shop. In 1871, the Duniways moved to Portland with their five sons and daughter. The New Northwest became their family enterprise, with Ben assisting in business matters and older sons helping with printing.

Newspapers in the Family

“Writing always was our forte,” Abigail Duniway announced in her first issue of The New Northwest. “If we had been a man,” she added, “we’d have had an editor’s position and handsome salary at twenty-one.” At age thirty-six, she may have been thinking of her younger brother, Harvey Scott, who was an editor and later became the chief editor and part owner of the Oregonian newspaper.

Fully committed to her signature line, “Yours for Liberty,” and guided by The New Northwest motto of “Free Speech, Free Press, Free People,” Abigail Scott Duniway exposed and combated what she identified as social injustices for all people. In her editorials and articles she discussed questions as diverse as the legal status of women, the treatment of minorities, such as the Chinese, policies related to native American Indians, and the limits of Temperance and Prohibition movements. The paper was “devoted to whatever policy may be necessary to secure the greatest good to the greatest number” of people. Unlike her brother, Harvey Scott, who graduated from Pacific University, Abigail Scott Duniway was self-taught. She had earned less than a year of formal schooling back in rural Illinois. Still, she learned to read and write and was determined to make The New Northwest a voice for human rights, particularly for woman suffrage. To her great disappointment, beginning with the campaign of 1884, her brother Harvey’s increasingly conservative social positions helped defeat equal suffrage in Oregon. The Oregonian did not actively support editorials by Abigail Duniway or the woman suffrage movement until 1912, two years after Harvey’s death.

After the 1912 victory for women’s suffrage, Duniway was honored by Governor Oswald West who asked her to write the official Oregon Woman Suffrage Proclamation in 1912. She did so with pride; however, she did not live to see the Nineteenth Amendment (1920) grant suffrage to all women. On October 11, 1915, a few days before her eighty-first birthday, she died in a Portland hospital.