Lincoln High School, Portland, OR from outside front entrances

He was a freshman from the furthest reaches of the district, living with his dad, though his hatred for the man was explosive. During that first week he said his name was Leo and he asked me about breakfast at school. The adolescent never arrived at school before second bell, and he was always hungry. After that breakfast question and the student’s gaunt cheeks, it was easier to imagine his morning. As a wrestler, always trying to make weight, I knew the gnawing pangs of too little food. My wife, Tracy, helped me bring an extra helping of whatever we had available for Leo’s breakfast.

Standing to introduce himself to the class, Leo refused to use his full name, Leo Faris Strangler. “I’m Leo.” Hoping to hear an unusual pronunciation of his last name, I cringed as I asked him to repeat his full name. When he admitted that he was in the process of dropping it, I understood. He didn’t have to, but he added with deep resentment, “I hate my last name.”

The second month of school, there was a student-led walkout of classes. The protesters wanted the Bond Issue, slated for the upcoming November Presidential election date, to be kept on track. Things in the district were anything but normal: the School Board head had recently resigned, Portland schools had Flint-style in the water, asbestos in the ceilings and tiles and radon in the basement. Many of the structures were neither earthquake proof nor ADA compliant.

Students were emboldened to protest the vote delay (pushing it to May of the next year) and they walked out of first period classes and marched peaceful across town and then across the Willamette River to another impacted high school.

Meanwhile Leo and a series of other students stayed in class. He said, “The boycott and walkout are stupid. What do we get from the walkout? Nothing. We lose whatever we would have learned during the day and have lots of unexplained homework to finish.”

That week I incorporated readings about Henry David Thoreau and the principles of non-violent civil disobedience, but Leo was unmoved, arguing with his classmates that life and death wars and taxes going to promote slavery were completely different matters.  Those arguments made Thoreau an interesting but irrelevant benchmark for boycotting classes. Plus Leo added, “What am I willing to go to jail for? Not this issue.”

Continuing along with next few projects, including his mission statement and his lifeboat project, Leo was adding to his class reputation as an independent thinker. He liked the arts, especially theatre and he said he was considering trying acting.

By October I thought we were reeling Leo into the fabric of the school. He was wearing well with his classmates and his Selfie Project had the two faces of Janus proudly displayed on it. The Drama teacher said he was trying out for a minor role in the fall play. 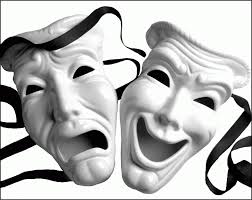 Then suddenly the teachers received notice of his withdrawal from school.

What happened? The guidance counselor said that Leo’s father had called that Monday to say that his son was missing. A day later Leo’s father called back to say that Leo had decided to move in with his mother, who lived in Tumwater, Washington. Since we rarely get feedback on cases like these, the guidance counselor was grateful for any notice at all from Leo’s father. We never heard from Leo or his parents again, and can only assume that he subsequently enrolled in school in Washington.

Another outsider who “left the system,” this one hurt. I felt Leo was making such progress and, as a teacher, I was making a difference. Things are seldom as they appear on the surface and families are complicated. I hope Leo is in a better place, continuing to challenge the status quo.