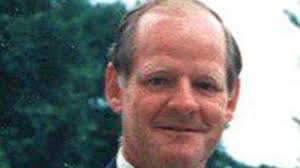 The August afternoon was steamy and hot in the Baltimore neighborhood of Roland Park. It was 1991 and representatives of the six Evans family members gathered to select the heirlooms they wished to have after the death of the matriarch, Eleanor O’Donovan Evans. She had died at age of 94. Grandma Evans was an icon in the family, outliving two of her children. Now it was time to divide up the estate. Family gatherings like this one can be strained and awkward, as some members could covet and connive for their favorite items. This gathering, however, was lovingly cordial. The congenial tone was set by Grandma youngest son, John Garrettson Evans.

There were three girls and three boys in the Evans family and they all were college grads (a family value) and accomplished professionals (Irish Catholic work ethic). Two of the boys, Henry, Jr. and John, graduated from Loyola Blakefield in Towson, Maryland and then Army in West Point, New York.

Henry Evans, II followed in his father’s footsteps and had a distinguished military career and private sector job in Colorado Springs, Colorado. John had been a banker for most of his career, working at Stein Brothers & Boyce, before joining The Equitable Trust Company in Baltimore. The middle son, Charlie, had graduated from Loyola Blakefield and then from Mt. Saint Mary’s in Emmitsburg, Maryland. He had various careers most of them as a history teacher at local high schools.

The Evans daughters were equally talented: Rosalie and Olivia (Lela) were Notre Dame High School and College grads and trained as nurses at Johns Hopkins Hospital. The youngest daughter, Eleanor, attended Notre Dame for elementary school through college, and later earned two master’s degrees from Loyola College of Maryland. Eleanor was program director at the Waxter Center for Senior Citizens, the first federally funded senior center in the United States.

Representatives of the Evans families drove to 200 Longwood Road for the family heirloom Pick. Henry & Mary Agnes Evans were there, as were John & Roselyn Evans, Charlie Evans, and Lela & Abby Chatard. Eleanor Hooper and Rosalie Van Metre had died several years earlier, which left the picking to the grandchildren. My wife, Tracy, and I represented the Hoopers and Mary Chodroff and her husband, Charlie, represented the Van Metres. 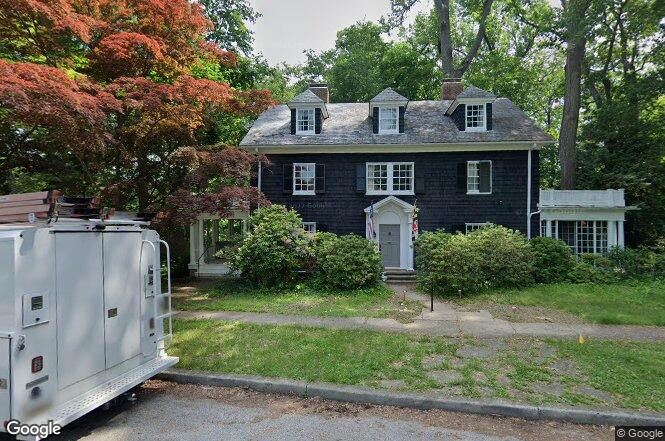 John & Roselyn, made lemon aid and iced tea for all of us, with extra servings of ice, while Lela & Abby brought sandwich squares with the crust cut off. The rest of us brought grapes and watermelon.

One “set aside” was the picture frame with medals that Pa Evans had been awarded for his heroics in WWI, WWII and the National Guard. The picture frame was always prominently hung in the library over the fire place. This collection of medals was reserved for the Evans sons to share. Lela Chatard had pulled out the heirloom items from closets, cupboards, attics and the basement and she set them around the house in small clusters. John and Henry had made an inventory of the items, so we could see what we were about to divvy-up among our families.

From the start John set the tone. He told us how he envisioned “the Pick:” every family selected a random card with a number on it from 1 through 6. They were to pick an heirloom item they wanted in order. Then we reversed the order for 6 through 1. That way the last to pick in a category would not feel gypped in the process. The categories included tables and chairs, lamps and vases, silver and flatware, rugs, linens and tapestries, fine art, mirrors and pictures, family portraits, awards and medals, and books and monographs.

We each reviewed the items on the list and on display around the house, called our family members and decided what we wanted. A few modifications were made to the Pick procedures and the light, conversational spirit helped cool all of us. Then the selections began.

Several rounds into the process, we were thrilled to have picked some portraits, silver, china, linens and crystal that were treasures for all of us. We ate sandwich quarters and fruit as we walked to the side porch to catch the breeze. The conversations were lively with story telling of Evans lore and selections continued smoothly without a hitch.

When the picking got down to a few odd heirlooms that no one was particularly happy to select, John asked all of us to come into the hallway. “Now that we have finished the main family picks, is there anything that you were particularly wanting to have as a memento of Grandma and Pa that you did not get?” One of the cousins had always loved the full-length oval mirror that Grandma Evans had in her bedroom. The person who chose it, was very pleased to hand it over to the cousin who cherished it most. Several other items swapped hands, as they wound their way into discrete piles for each family to take home.

John announced that earlier in the week he had another “set aside” of some pantry, kitchen and basement items, as well as one keepsake. He designated them for the long-time Evans family cook and housekeeper, Myrtis Allen, her daughter, Myrtha, and her sister, Minnie. John also let us know that the family had set up a small retirement plan and health plan for them. The Allens were honorary family members invited to every Evans gathering. Starting when John played Santa, the jolly old elf always announced loudly that he had a special Christmas present for Myrtis, who politely accepted Santa’s holiday gift.

Finishing “the Picks,” we complemented each other on our selections and had genuine joy that the Evans family heirlooms and treasures would be shared equally. We wrote our names next to the items we had selected on the master list. Uncles John, Henry and Charlie helped us pack our cars safely and we drove home.

When Tracy and I arrived home from the Pick, we called my brothers and sisters to see what they wanted. We used Uncle John’s 1 through 6 plan (modified to 1 through 8 for our clan) which seemed like a fair process and it worked great. Each of the Hooper siblings received several treasures from Grandma and Pa. Our grandparents would have been pleased to know how civilized the process was and how grateful we were to have a family heirloom.

John was the ultimate uncle. He managed the Evans family estate, passing to the next generations some of Grandma and Pa’s hard-earned riches. Annually John arranged the distributions that give to grandchildren and great grandchildren the blue chip stocks that formed their college funds. He was always equitable.

He was also a fair mediator on all family matters. He continued the “Pick” tradition with his own family, when Aunt Roselyn died and items were passed down. As the last remaining patriarch of the Evans family, we esteem him for his level head, cool demeanor and warm heart. He always set a strong tone of family support.

Over the past few decades he has been the family communicator. His skills grew with the times, evolving from handwritten letters to emails to texts with news of family triumphs and health challenges. He was always initiating an email chain and telling us of family news. He lived his marriage vows daily with Roselyn and then with Pat. We love him and will miss him dearly.

Below is a lightly edited copy of the Baltimore Sun obituary by Jacques Kelly:

Born in Baltimore and raised on Longwood Road in Roland Park, he was the son of Henry C. Evans, a banker and a U.S. Army general who served in World Wars I and II, and Eleanor M. O’Donovan, both from Baltimore. He was a 1953 graduate of Loyola High School at Blakefield, where he was named the most valuable player on the school’s ice hockey team. He was inducted into the Loyola Blakefield Athletic Hall of Fame, HOF class of 2012.

In 1958 Evans earned a bachelor’s degree at the U.S. Military Academy at West Point, New York. A multi-sport athlete, Evans tried out for the U.S. Olympic ice hockey team and was named to All-American status for lacrosse at West Point. He served in the Army infantry and left the military as a captain. He also was a past-member of the Maryland National Guard.

Mr. Evans worked as a stock broker at the investment firm, Stein Brother’s & Boyce before joining the Equitable Trust Co., where he was an investment banker.

He played lacrosse for many years with the Maryland Lacrosse Club. He was an amateur hockey player with a farm team for the Baltimore Clippers. He was also a five-day-a-week tennis player and competed at the Roland Run Club, Orchard Tennis Club and Homeland Club.  He prized having a court in his backyard in Ruxton, claiming, “Now I have no excuses for having any poor serves or shots.” He played competitive tennis until he was 82.

Evans was a past-president of the USO of Maryland, Roland Run Club, Four Winds Association and the Sandpiper Dunes Association. In Ocean City, he was also Maryland Historical Society trustee and secretary and was a past-chair of the Military Academy’s class of 1958 Endowment Fund.

A funeral Mass will be held at 11 a.m. Saturday at the Catholic Community of St. Francis Xavier, 13717 Cuba Road in Hunt Valley.