Edward F. Zigler, resoundingly known as the “Father of Head Start,” died in his sleep on February 7 at his home in North Haven, Connecticut. Zigler was a pioneer in the application of developmental psychology to social policy in the U.S. Head Start grew to be a program that has served over 35 million American children and their families. Zigler was 88 years old.

An eminent and rigorous scholar, Zigler was Sterling Professor Emeritus of Psychology at Yale University. He was passionate that science should be in the service of the public interest and had an extensive career in public service. 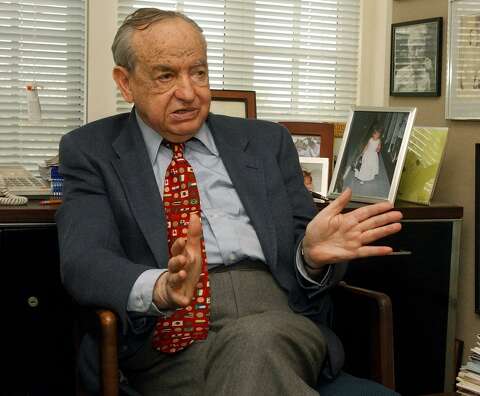 “Ed Zigler was my mentor, teacher, and friend,” said Yale President Peter Salovey in a statement. “His work has been inspirational to me and many others in my field, and his influence well beyond our field has been profound. He was a fine example of how science and policy can join hands for the benefit of many.”

Throughout his career, Zigler worked to better the lives of American children and families. He was the first director of the U.S. Office of Child Development (predecessor of the current U.S. Administration for Children and Families); the former chief of the U.S. Children’s Bureau; and an advisor on child and family policy to senior officials in every White House Administration from Presidents Johnson to Obama. He sat on numerous national advisory boards for children’s issues, regularly testified before U.S. congressional committees, and served as a consultant to many cabinet-rank officers. Few have positively affected the lives of as many American children and families as Zigler. 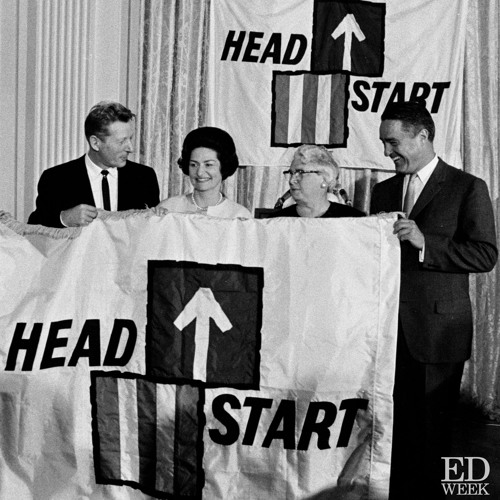 Zigler was born in 1930 and raised in Kansas City, Missouri. He was the son of Jewish immigrants from Eastern Europe. Zigler grew up in poverty as the child. His parents earned a meager living by selling produce and plucking and selling chickens. By the time he was 8, Zigler was selling fruit and vegetables from the family’s horse-drawn wagon. The family received support from a “settlement house,” an institution once common in cities, which helped immigrant families with social and medical needs, English-language skills and acculturation into American life. Later in life he drew on those experiences in developing ideas for improving the lot of children, parents and schools. 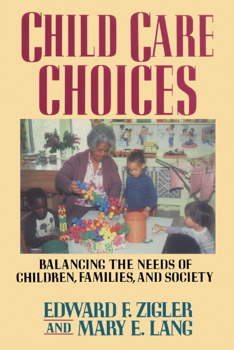 Through his prolific academic career, Zigler provided groundbreaking work in scientific fields as diverse as applied developmental psychology, social and emotional development, developmental psychopathology, intellectual disabilities, and public policy. He was a major scholar in the field of childhood psychology, publishing more than 800 papers and dozens of books, and advocated the concept of the “whole child.” He believed that social development was as crucial to a child’s well-being as academic achievement and sought to foster that notion with federal programs.

At Yale, Zigler had served as the chair of the Psychology Department and a member of the Executive Committee for the Yale Child Study Center. A prolific scientist, he published over 800 scholarly articles and 43 books and monographs, many of which are seminal works in the field of development science and have been translated into numerous languages. In 1976, at the age of 46, Zigler was named a Sterling professor, the highest professorial honor bestowed by Yale on tenured faculty.

Above all, Zigler is perhaps best known as one of the original architects of Head Start. As a 35-year-old associate professor at Yale, he brought his scholarship to bear as an initial planner of the program during the Johnson Administration’s War on Poverty. The concept of a comprehensive early childhood program was a natural for Zigler, who called himself “an original Head Starter.” His childhood experiences led Zigler to his “whole child” approach to education, which posits that young children are best prepared to learn when their health and social-emotional needs are met and their parents are highly involved in their schooling.

This approach was reflected through his public service in the Nixon White House, where he created the first U.S. Office of Child Care, and conceptualized and implemented both the Healthy Start program and the Home Start program (currently Head Start’s home-based services program). Today, over one million young children are served each year by Head Start and Early Head Start, a similar program that Zigler helped envision as a way to provide supports for expectant mothers, infants, and toddlers.

Zigler worked arduously on the 1971 Comprehensive Child Development Bill, the most comprehensive and far-reaching vision of child care ever conceptualized. The law would have resulted in affordable child care options for all working American families based on a sliding fee scale. Although it passed both chambers of Congress, with an overwhelming 63-17 vote in the Senate, ultimately it was vetoed by President Nixon.

Returning to Yale after his public service in the Nixon White House, Zigler continued to foster policy efforts that improved the condition of America’s young children and their families. At the request of President Ford, Zigler chaired the committee on resettling the children of Operation Babylift, the mass evacuation of over 3,000 infants and children at the Fall of Saigon in 1975.[2]

Zigler’s research helped galvanize attention to the importance of meaningful family involvement and the essential role of parents in the lives of their children. Zigler espoused strong parental control of a child’s educational programming by specifying the roles of Head Start Policy Councils, through which Head Start parents exercise control over how their local Head Start program operates. He also developed the Education for Parenthood project, the first national parenting education program provided to teens in U.S. schools. He would later become an early proponent of the Family and Medical Leave Act of 1993 and ardently argued for paid parental leave, an idea emphasized by President Trump during his recent State of the Union address.

Recognizing that early educators in Head Start, preschool, and child care are critical to supports to the learning and development of young children, Zigler conceptualized and advanced the implementation of the Child Development Associate (CDA) credential, now provided internationally. The CDA is today the most widely recognized certification program for early childhood educators, with over 420,000 recipients.

Zigler’s focus was not exclusive to children living in poverty, but extended to all children. An early champion of well-coordinated services for children and families, Zigler founded of The School of the 21st Century (21C), a model for embedding health and mental health services, family supports, and child care within public schools. In many communities these are named family resource centers. More than 1,400 schools across 20 states have adopted Zigler’s 21C model.

For his uniquely potent application of science in the service of the public interest, Zigler has been recognized by countless organizations, such as the American Psychological Association, American Academy of Pediatrics, American Academy of Child and Adolescent Psychiatry, American Association on Intellectual and Developmental Disabilities, American Orthopsychiatric Association (of which he had served as president), American Academy of Arts and Sciences, Family Support America, Heinz Family Foundation, National Academy of Medicine, National Head Start Association, and Society for Research in Child Development. He was recognized by the Joseph P. Kennedy Foundation for his pioneering theoretical research regarding intellectual disabilities, work that counteracted the prevailing dehumanizing stereotypes of persons with developmental disabilities. He also has received numerous honorary doctoral degrees.

Zigler believed in the importance of nurturing future leaders to carry on the work of using science to improve the lives of children and families. In 1978, he founded The Yale Bush Center in Child Development and Social Policy, one of the first four university-based centers preparing students to translate child and family developmental science into actionable policy. A network of over 60 such centers now exists. 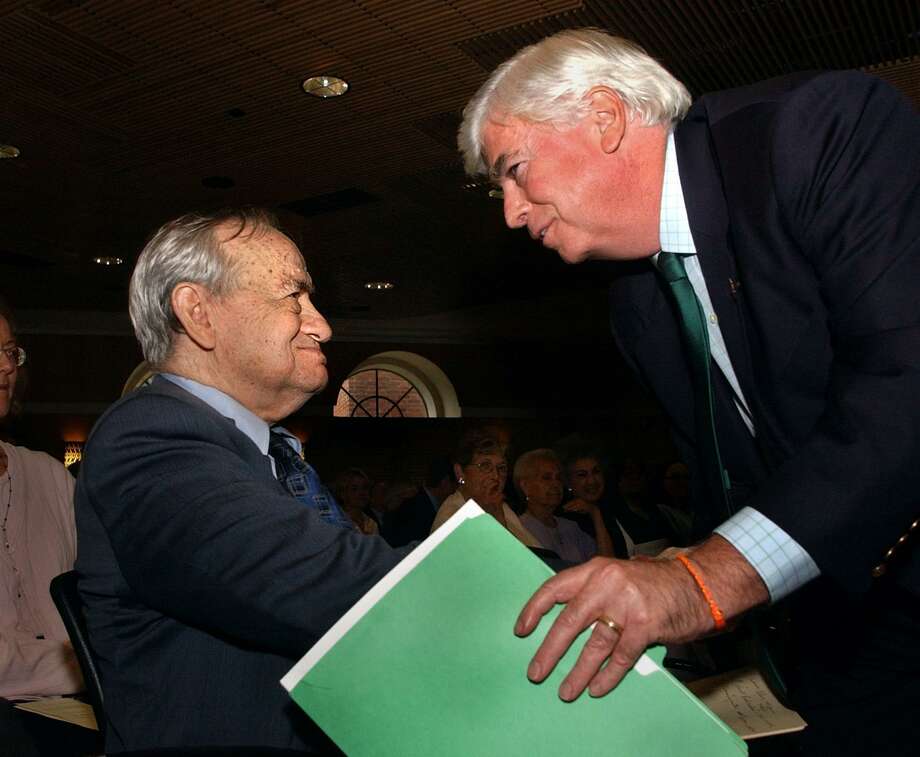 In 2005, Yale’s Bush Center was renamed the Edward Zigler Center in Child Development and Social Policy, where Zigler served as director emeritus until his death. Today, his students and protégés are eminent scholars at major universities and leaders within federal and state government, philanthropy, and the nonprofit service sector.

Zigler is survived by his son Perrin Scott Zigler, dean of the School of Drama at the University of North Carolina School of the Arts, daughter-in-law Korin Marie Zigler, and two granddaughters, all of East Bridgewater, Massachusetts; and younger sister of Kansas City, Missouri. He was preceded in death by his wife, Bernice Zigler, in 2017.

[2] Edward Zigler was a professor at Yale during my undergraduate era (’72 – ’76) and he worked closely with Victoria Seitz in the classes I took with him. 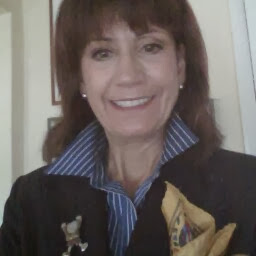 Prof. Zigler appeared to have a severe case of Bell’s Palsy or a stoke, which made the left side of his face droop, the left side of his body limp and his speech patterns hard to understand. It is hard to believe that he was such a young man at the time, just then receiving his Sterling Professorship, with so many more vital years ahead. He never stopped researching. For those efforts we are all eternally grateful. Try to imagine life in the US without a vital Head Start program: not a happy prospect. Thank you, Dr. Zigler.