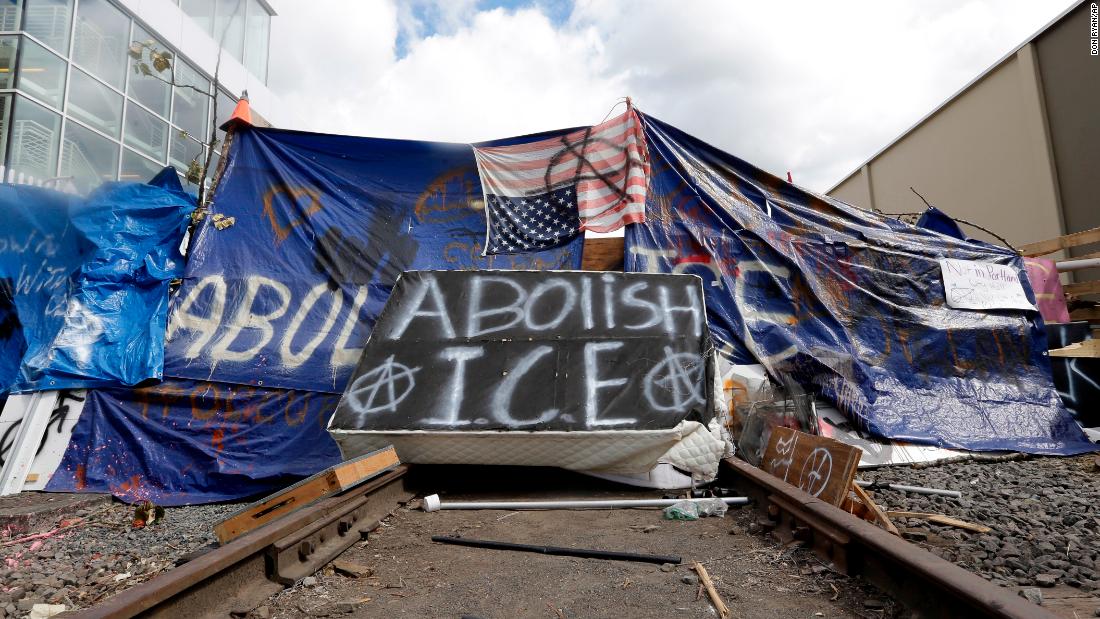 Portland has been “keeping it weird” for a long time. And this story of conflict between citizens (99%’ers and more) and government (Federal and local) seems to come when the wind of change blows in a different direction. It dries out even the wettest of feelings. 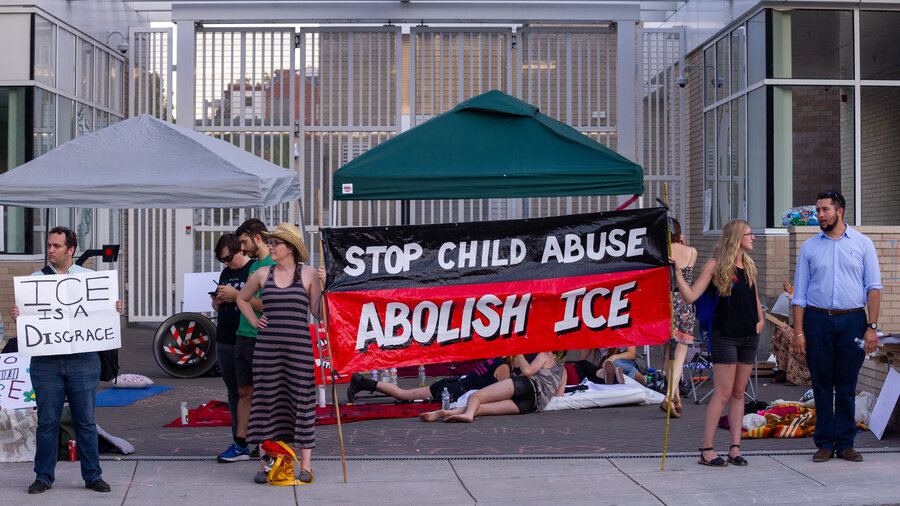 Since President Trump’s decision to separate illegally entering parents and children at the US Border, Portlanders have been in full throttle protest mode. First the protesters wanted to block the front entrance to the US Immigration and Customs Enforcement office on Macadam Avenue in southwest Portland. The anger of the protesters was threatening to those who work at the ICE facility, which temporarily halted ICE operations in the city.

Protesters started occupying the property around the ICE building on Macadam Avenue on Sunday evening, June 23rd and the protest, which started with a few participants has grown to include more than 100 tents and at times hundreds of demonstrators. An ICE spokeswoman said to news outlets that the agency will re-open the building when the safety concerns from the protest have been addressed.

Here’s the Federal agency’s full statement on the closure:

“U.S. Immigration and Customs Enforcement (ICE) fully respects the rights of all people to voice their opinion without interference. ICE remains committed to immigration enforcement consistent with federal law and agency policy. The Federal Protective Service was called to the ICE office on Macadam Avenue Tuesday afternoon due to security concerns resulting from the ongoing protests at this location. Questions regarding arrests that took place should be directed to the Federal Protective Service. ICE operations at this location have been temporarily halted due to security concerns. Normal operations will resume once security concerns have been addressed.”

“Appointments scheduled for Wednesday at the ICE office on Macadam Avenue have been canceled. ICE deportation officers will touch base with individuals who had scheduled appointments at this location to reschedule. These appointments will not be reported as missed check-ins.”

The group wrote to the Mayor and City Council, “We demand that the city of Portland actually live up to its promises and be an authentic sanctuary city.”

As ICE shut down its operation in Portland for more than a week, there was no one to harass around the building, so the focus of the activists shifted away from the federal agency and toward the Portland City Council. A group calling itself ‘The Democratic Socialists of America, Portland Chapter’ published a list of specific demands for Portland city commissioners and Mayor Ted Wheeler. The group asked for the city 1) to pull out of the Joint Terrorism Task Force, 2) create an office of immigrant rights, 3) fund legal defense services for immigrants, and 4) stop any communication with the U.S. Dept. of Homeland Security about the protesters camping outside of the ICE building.

Shortly after ICE announced that it would close its Portland office, President Donald Trump signed an executive order that, although it did not join children back with their immigrant parents, it effectively ended his administration’s family separation policy. According to the New York Times, Trump said, “We’re going to have strong, very strong borders, but we are going to keep the families together. I didn’t like the sight or the feeling of families being separated.”

However, the executive order upholds the administration’s zero-tolerance policy and says every person who enters the country illegally will be prosecuted. Instead of separating parents and children as the parents await prosecution, the executive order says the U.S. government will seek to find or build detention centers where families can be housed together.

Dept. of Homeland Security Police handed out notices of specific actions that they would take if the protesters did not disburse. Tensions were high with the federal agents, and the local Portland police, as Mayor Wheelers’ insistence, had refused to get involved in the situation. Protesters ripped up the paper notices and scattered them like confetti at the agents.

The final time to depart the area and stop blocking the ICE entrance was set as 5:30am Thursday, June 28. Helicopters were overhead at 5:15am and remained airborne all day, as the tensions stayed high in the area. About nine protesters were arrested and taken into custody by authorities. They had lain down in front of the ICE office and refused to leave the premises.

From the looks of discussions between the NHS Police and the protesters, it does not seem that either side is going to back down any time soon. More to come. 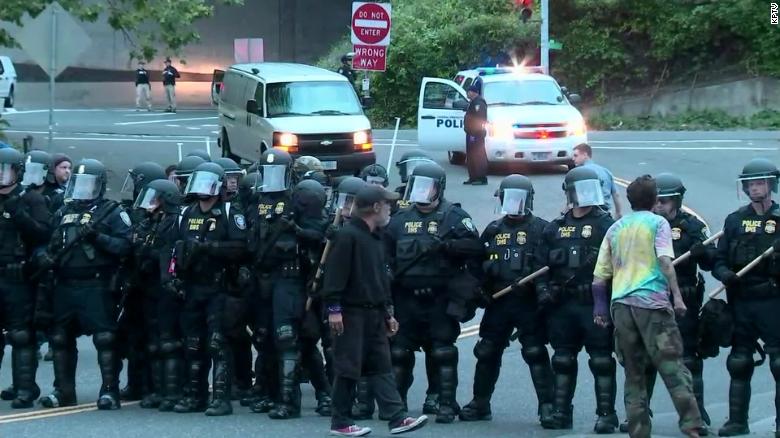 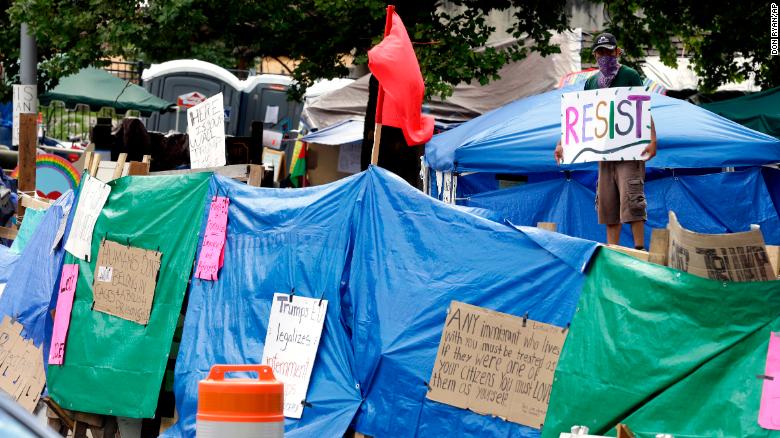