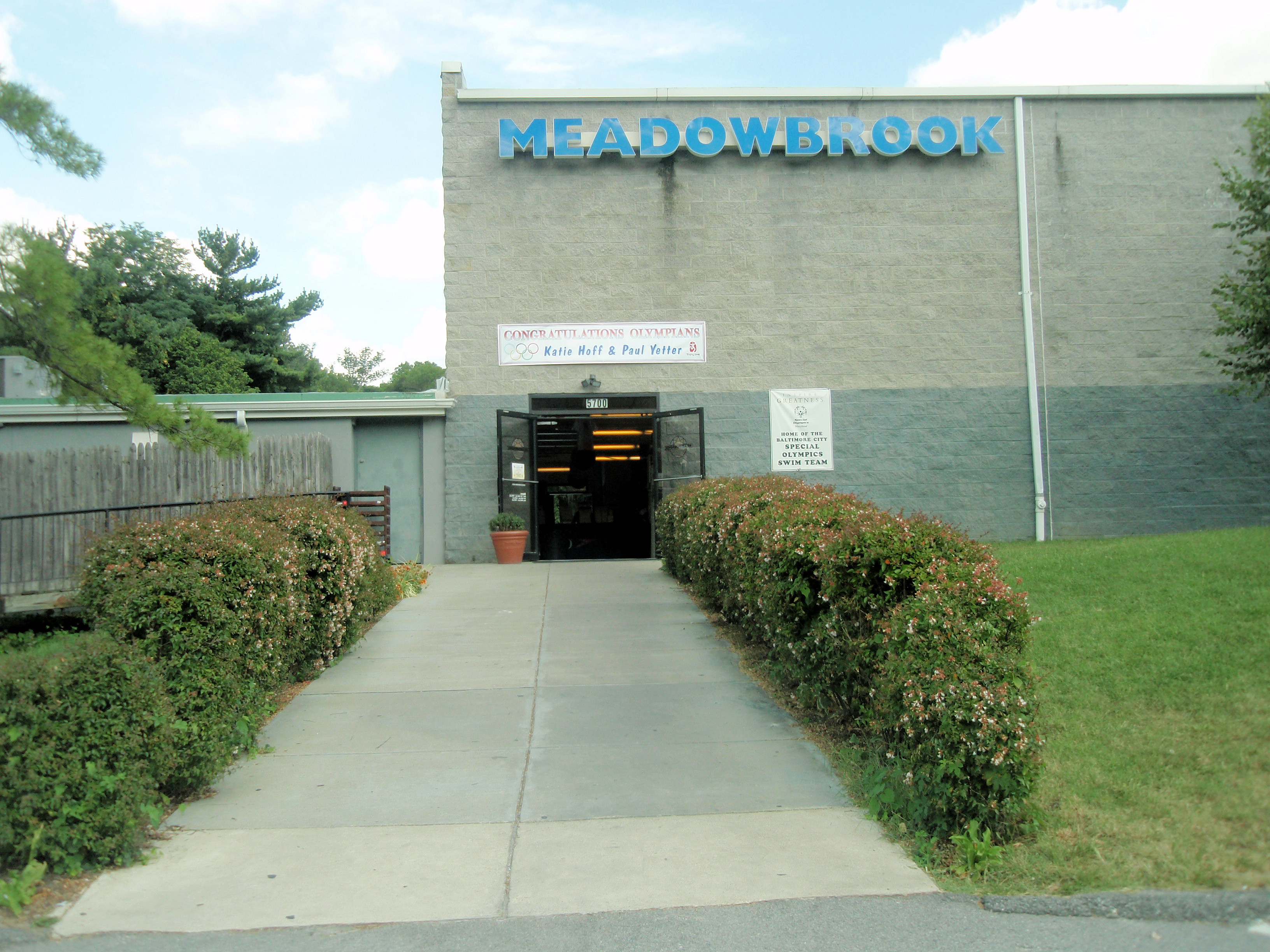 In 1998 the swimming and fitness complex had three swimming pools: the big outdoor pool, the kiddy pool, and the indoor lap pool. The pools were known as Meadowbrook Swim Club and were located in the Mount Washington neighborhood of Baltimore.

Having resigned as members of the tawny tennis courts and pool of L’Hirondelle Club in Ruxton, we enrolled our family at Meadowbrook. It was the perfect spot to take our girls to cool off from the sultry summer days (90 degrees and 90% humidity). Meadowbrook was an increasingly egalitarian place where families of all races, creeds, and incomes were welcome. [1] When our girls had honed their swimming skills, we encouraged them to join the swim team for intraclub camaraderie and interclub swim meets.

The coach of the kids swimming program at Meadowbrook was Whitney Phelps. The summer swim team’s name was the Tomatoes. As the story goes, the team name was supposed to be the “Tornadoes” But, many of the youngest swimmers had trouble pronouncing the name, which sounded like Tomatoes when they cheered. Parents and coaches laughed, yet the name had a ring to it. Showing their sense of humor, the coaches and die-hard swimmers agreed that, although Tomatoes was a quirky name, it fit with the fun that they wanted in the program and it encouraged inclusiveness, especially among the youngest participants.

Coach Whitney was excellent at one-on-one instruction. She taught our daughter, Margaret, how to dive from the edge of the pool for a good swimmer’s start. Whitney knelt in front of the girls, stuck her arm in front of their knees and said, “don’t knock me in!” Instinct just took over and they easily dove over her outstretched arm. In addition to beginners, Whitney was helping some future Olympians-in-training. Swimmers like Katie Hoff, Paul Yetter, and Michael Phelps, were practicing at the swim club. Meadowbrook’s advanced swimmers were enrolled in a program known as North Baltimore Aquatic Club (NBAC), coached by Bob Bowman.

Swimming every day in the indoor lap pool were old lappers, and teenagers, like Phelps, Hoff and Yetter. Michael Phelps got the onlookers’ attention. He swam for what seemed like hours without stopping. We would arrive at the pool early (Michael was already at it). We slathered our kids with sunscreen and baked by the outdoor pool-deck, took an occasion dip in the pool and swam a few laps. By mid-day, when we headed home for lunch, Phelps was still at it. He would dolphin-kick with a paddle board, flutter-kick or frog-kick with a board. He would swim with his ankles bound, and then flip over for the backstroke. He could plow through more laps, flip turns and all, faster than everyone else in the complex. He was amazing to watch.

At 14 Michael was a great freestyle swimmer. He was the most fun to watch, however, in the butterfly. In practice he was a flying fish, nearly coming out of the water with each powerful stroke. He was also a boy-wonder in the individual medley: he took flight in butterfly, gracefully powered through the backstroke, kicked hard in the breast stroke, and blazed home with freestyle. To our amazement, he made the US Olympic team for the Sydney Games in 2000.

Before the Olympics started the Meadowbrook Tomatoes Swim Team threw a “Good Luck Michael” farewell party for Phelps. He did not medal in Australia, yet he made great contributions to the USA team. Still a high schooler, attending Baltimore County’s Towson High School, Phelps swam the fifth fastest butterfly stroke on the planet. To show how quickly the swim times were plummeting at the time, Phelps’ time in the 200m butterfly in Sydney would have won him the gold medal in the 1996 Atlanta Olympics.

Michael Phelps is a graduate of Towson High School

The ensuing heroics of the Phelps saga — the awards, the trophies — are all well recorded in sports annuls. Phelps’ skein of 22 medals is unparalleled in the Modern Olympics Era. He has won hardware in three Olympics, and he has the Rio Games coming up.

His success in water is remarkable for its endurance and longevity. Seen by his opponents as someone with absolute calm, he arrived at the meets with his headphones blaring and his eyes focusing somewhere else. He stayed ‘in his zone’ and rarely shared his gaze. Time after time, he methodically ascended the starting blocks, waved his arms in that the intimidating arm flap, awaited the starting gun, and plunged into the water with consistent ferocity.

His lesser known story is his struggle on land. With such power and grace, who would have imagined that his greatest battles would be outside the pool in the confines of his own head?

Phelps, Pretty on the Outside

Despite the gold plating, Michael’s attraction to drugs and alcohol has been widely publicized. He had the physical training and mindset to continue to win races, but he was not the same man. His superior athleticism seemed to cover up many of his out-of-pool transgressions, but eventually, even that strength began to fade. As often happens, substance abuse distanced Phelps from those he loved the most and took him to rock bottom. He no longer was able to swim his way to safety, nor to force his human flippers through troubled waters. He isolated himself from his family and went into seclusion. 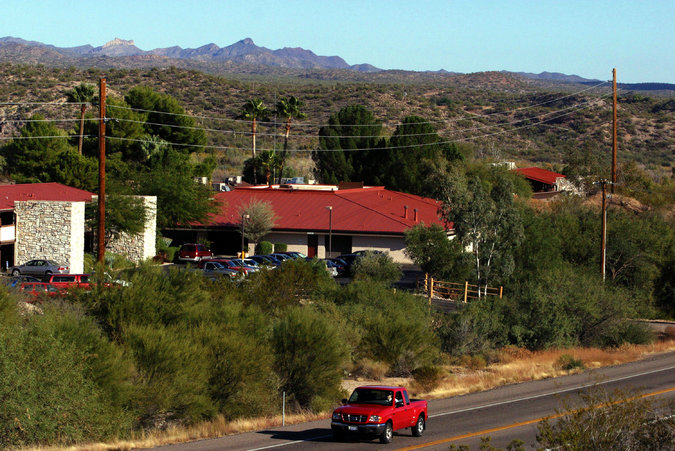 Reluctantly, taking the advice of his family and friends, Phelps looked for change. He realized that ‘life as usual’ was not sustainable. He decided to do something different: packed up his decorated and jaded past, his uncertain present, and his cloudy future. Phelps dropped the baggage off at a treatment center called The Meadows.[2] Sequestered in Tucson, Arizona, Phelps agreed to begin a new construction project — this one on dry land. His outer architecture seemed in good shape, but he had some serious interior work to do.

Before long he questioned what was driving him any more. He needed more than “Say, Hey, USA,” patriotism to keep swimming and living. He worked with his therapists to rediscover his purpose. “I didn’t see me as me anymore,” he told a reporter. 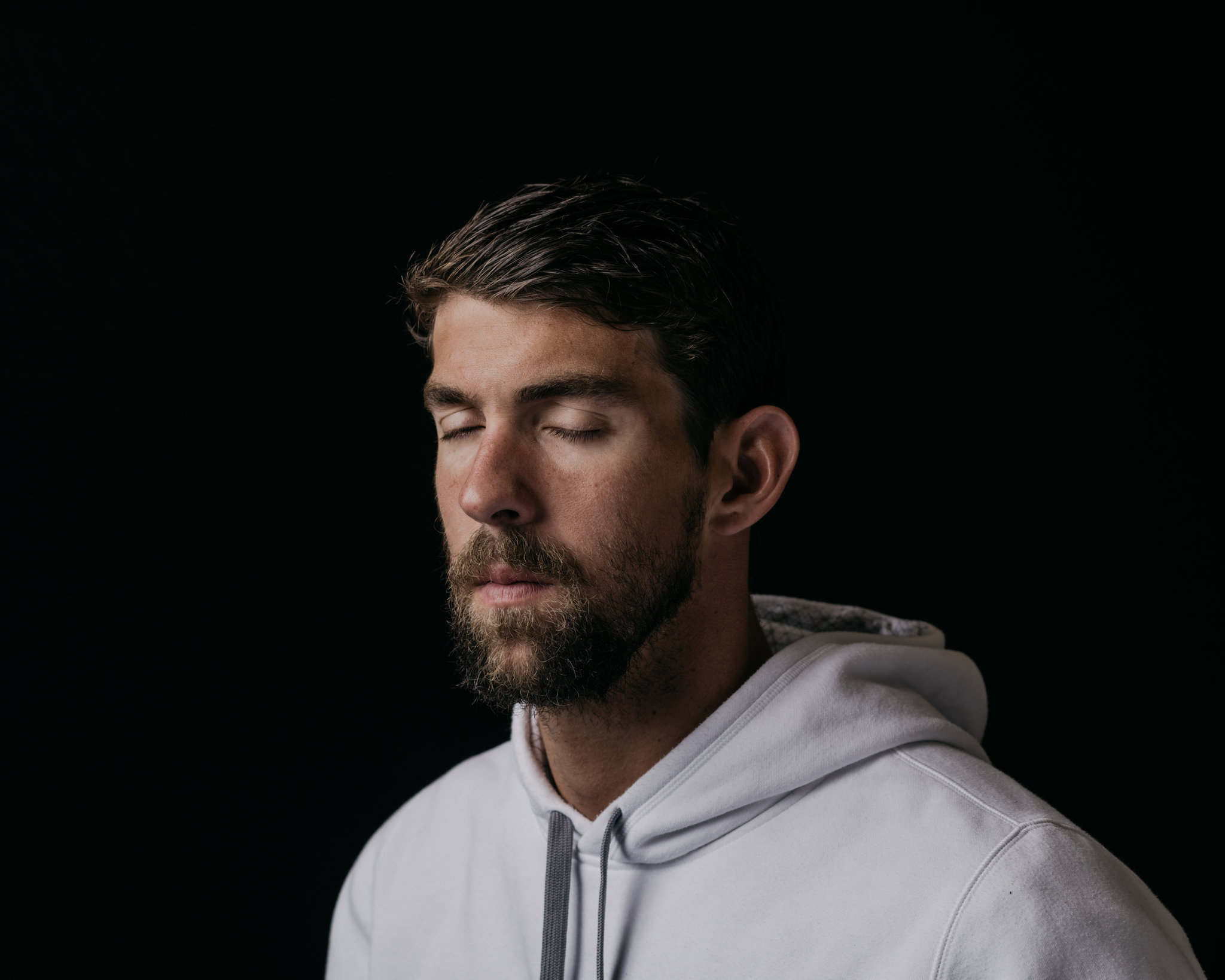 As with any serious interior scaffolding, the old narcissism and nightmares had to be dissected and torn apart. Phelps leaned heavily on his therapists and fellow Meadows patients to start over. In the end, Phelps committed to putting his interior-self back together again. It may have been the hardest medley of his life, and the most rewarding.

Instead of pushing away those who loved him, like Coach Bowman, as he had in the past, Michael lowered his guard and opened the door. The healing power of vulnerability began to do its magic. Through therapy he felt catharsis and redemption for his change of heart. He became interested in those around him in ways that were startling to everyone.

Several weeks into the treatment program came “Family Weekend.” He invited his father, Fred Phelps, with whom he had been estranged, his mother, Debbie, and Coach Bowman to visit for the weekend. Blood proved thicker than water. As his father told the New York Times, “That’s my baby boy, so I was going to be there for him whether he cold-shouldered me or not.” [3] 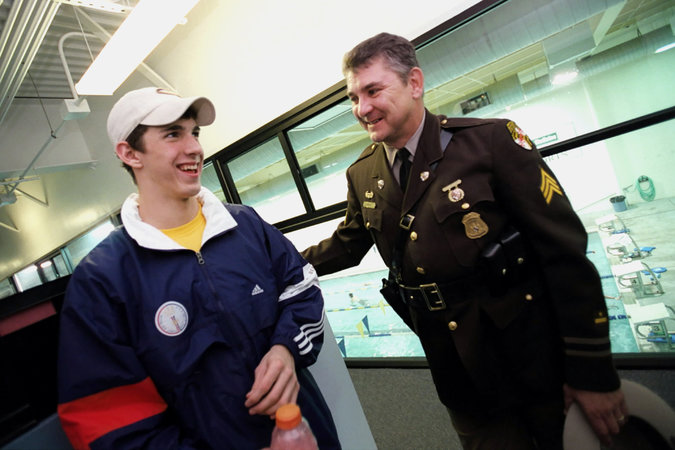 Michael Phelps had made some important personal discoveries about the human brain, personalities and personas. He told reporters that he realized that his behavior was boorish and immature. He was afraid to show his true self-image to the world. Instead he developed many different personas that he put on display to shield himself from the outside.

One of his recurring nightmares was about snakes. It took weeks of therapy to peel that outer skin and break through to a new layer: “I thought, ‘Oh my God, do these people think I’m annoying? Do they not want to be around me?’ Then I thought, ‘Why do I care? If I talk too much, if I laugh really loud or if I’m hyper at times, or a real pain in the ass, at the end of the day, why does it really matter?’ Right then and there it was like there’s no point for me to try to be somebody I’m not. This is who I am.” [4]

Since those crucial psychological breakthroughs at The Meadows, Phelps is a new man. He is back in the pool and swimming harder than ever. He is also leaner and more focused — back to Olympic form. This time around though he is a new team member in the water and on land. He has been reading and meditating. Books by Victor Frankel and Rick Warren have deepened his appreciation for the human condition and his reasons for taking up space on the planet.

It was so interesting to watch swim Phelps in Rio and react with his teammates. Win or lose he is a champion as he proved once again, he has the focus and the mind of a champion. We already know that he has the fortitude and the strokes to beat the best in the world. That is beyond question. He did not get caught in the drama that some of his teammates did. For that, we are grateful.

Michael’s new steps forward will be on poolside. Can he stay there, or will he want one more dash to match his flippers with the other swimmers.

His fiancee, Nicole Johnson, and baby, Boomer, appear to give Phelps newfound purpose and meaning for his life. Marriage and parenthood can do that for a man. May his swimming strokes and his walking strides be life giving.

[1] Gone were the days of white or Christian segregation and privilege that marked the 1950’s membership. These restrictions extended to many urban pools and clubs of that era. Starting in the late 1960’s Meadowbrook loosened its policies to accept people of all races, religions, and sexual orientation.

[2] The Meadows tells its own version of the Michael Phelps rehabilitation and recovery story, for those who are interested: http://www.themeadows.com/blog/item/730-michael-phelps-on-his-recovery-and-olympic-hopes