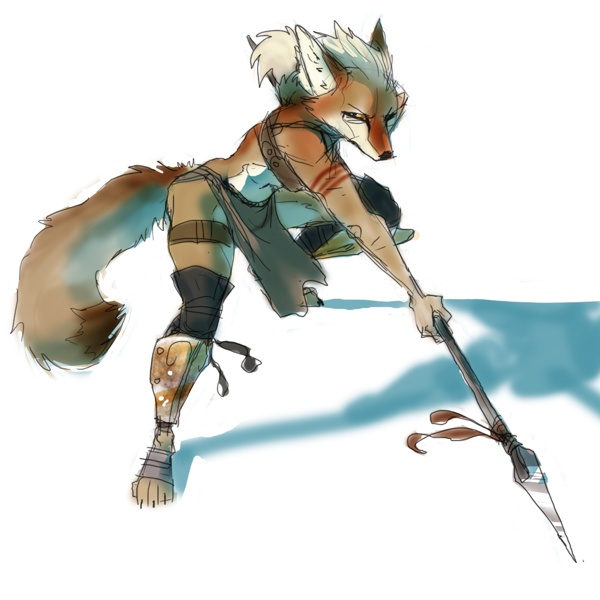 Coyote was walking one day when he met Old Woman. She greeted him and asked where he was headed.

“You better stop going that way, or you’ll meet a giant who kills everybody.”

“Oh, giants don’t frighten me,” said Coyote (who had never met one). “I always kill them. I’ll fight this one too, and make an end of him.”

“He’s bigger and closer than you think,” said Old Woman.

“I don’t care,” said Coyote, deciding that a giant would be about as big as a bull moose and calculating that he could kill one easily.

So Coyote said good-bye to Old Woman and went ahead, whistling a tune. On his way he saw a large fallen branch that looked like a club. Picking it up, he said to himself, “I’ll hit the giant over the head with this. It’s big enough and heavy enough to kill him.” He walked on and came to a huge cave right in the middle of the path. Whistling merrily, he went in.

Suddenly Coyote met a woman who was crawling along on the ground.

“What’s the matter?” he asked.

“I’m starving,” she said, “and too weak to walk. What are you doing with that stick?”

“I’m going to kill the giant with it,” said Coyote, and he asked if she knew where he was hiding. 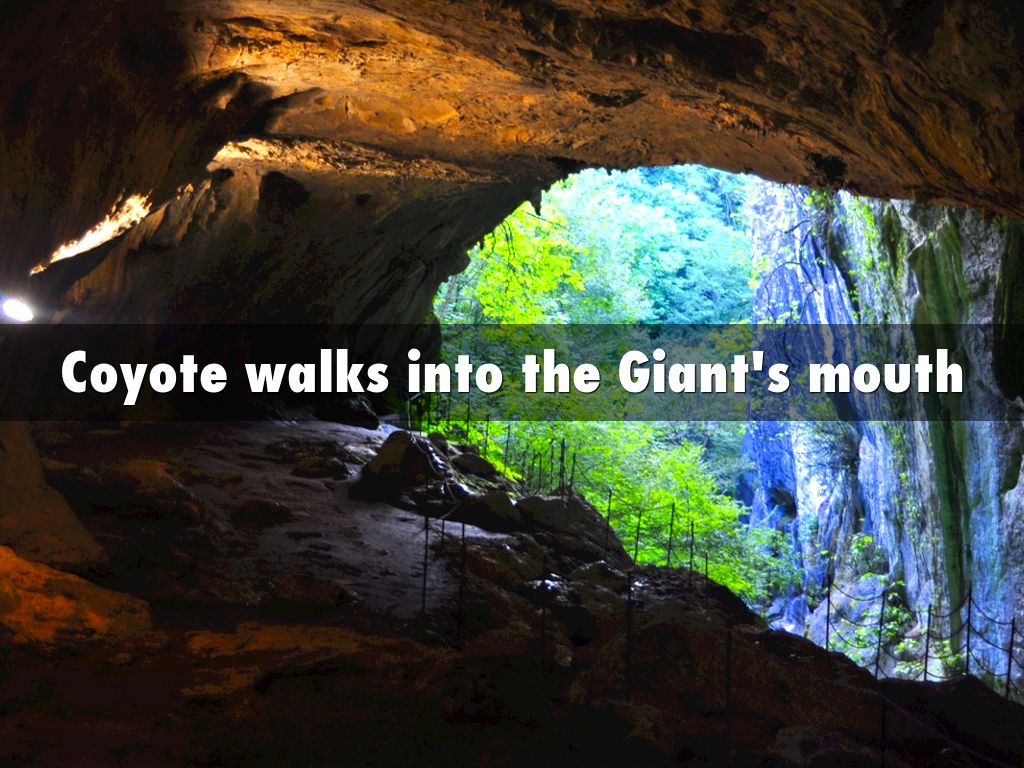 Feeble as she was, the woman laughed. “You’re already in the giant’s belly.”

“You probably thought it was a cave when you walked into his mouth,” the woman said, and sighed. “It’s easy to walk in, but nobody ever walks out. This giant is so big you can’t take him in with your eyes. His belly fills a whole valley.”

Coyote threw his stick away and kept on walking. What else could he do?

Soon he came across some more people lying around half dead. “Are you sick?” he asked.

“No,” they said, “just starving to death. We’re trapped inside the giant.”

“You’re foolish,” said Coyote. “If we’re really inside this giant, then the cave walls must be the inside of his stomach. We can just cut some meat and fat from him.”

“We never thought of that,” they said.

Coyote took his hunting knife and started cutting chunks out of the cave walls. As he had guessed, they were indeed the giant’s fat and meat, and he used it to feed the starving people. He even went back and gave some meat to the woman he had met first. Then all the people imprisoned in the giant’s belly started to feel stronger and happier, but not completely happy. “You’ve fed us,” they said, “and thanks. But how are we going to get out of here?”

“Don’t worry,” said Coyote. “I’ll kill the giant by stabbing him in the heart. Where is his heart? It must be around here someplace.”

“Look at the volcano puffing and beating over there,” someone said.

“So it is, friend,” said Coyote, and began to cut at this mountain. 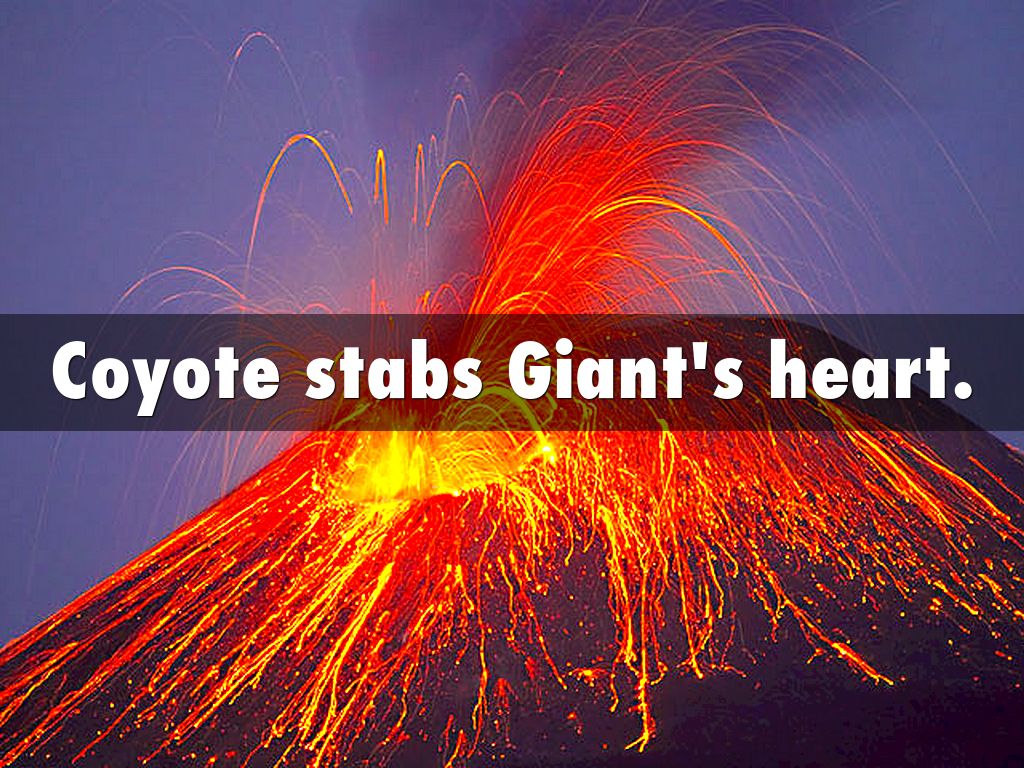 Then Giant spoke up. “Is that you, Coyote? I’ve heard of you. Stop this stabbing and cutting and let me alone. You can leave through my mouth; I’ll open it for you.”

“I’ll leave, but not quite yet,” said Coyote, hacking at the heart. He told the others to get ready. “As soon as I have him in his death throes, there will be an earthquake. He’ll open his jaw to take a last breath, and then his mouth will close forever. So be ready to run out fast!”

Coyote cut a deep hole in Giant’s heart, and lava started to flow out. It was the giant’s blood. The giant groaned, and the ground under the people’s feet trembled.

“Quick, now!” shouted Coyote. Giant’s mouth opened and they all ran out. The last one was the wood tick. Giant’s teeth were closing down on him, but Coyote managed to pull the wood tick through the tight gap at the last moment.

“It happened when I pulled you through,” said Coyote. “You’ll always be flat from now on. You should be glad you’re alive.”