The motorized skateboard was able to accelerate to 25 mph, even carrying his 6’3″, 210 pound frame uphill. That night about dusk in Portland, Phil was headed downhill when he hit something in the road. He called me from the hospital to ask about the “cone with spikes on it” that had gotten stuck in his skateboard. Phil went flying, skinning his hands, side and face on the macadam. 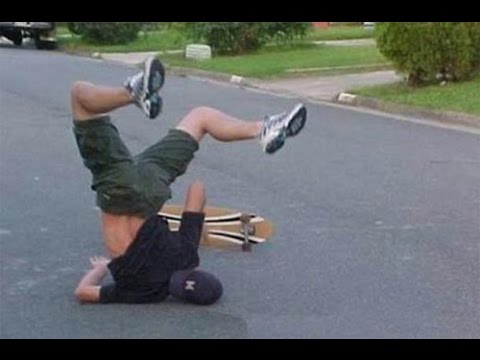 “What the hell is the name of that tree with all the debris?” It might have been a sycamore, but the more he described it, the clearer the picture became. He was downed by the dried fruit of an American sweetgum. With its star-shaped leaves, neatly compact crown, interesting fruit and twigs with unique corky growths called wings, it is an attractive shade tree in the neighborhoods of Portland. Yes, it does have those annoying seed pods that lie along the sidewalks. There are clever tools that have been developed to resolve that issue in your yard.

We had sweetgum trees in our yard in NE Portland and they were all over the campus at Yale, where I was an undergraduate. The sweetgum is a fast-growing tree that develops deep roots that help the species to tolerate high and low moisture levels in soil. Foresters grow the tree for its lumber, and sweetgum is one of the most common sources of hardwood and plywood. The sweetgum produces a resin that can harden and be used for chewing gum as well as medicinal purposes. The infertile seeds found in the sweetgum’s compound seed capsules are a source of shikimic acid, also known as oseltamivir phosphate, which is one of the main ingredients in the over-the-counter drug, Tamiflu.[2]

Some fun facts about the American sweetgum include that it provides protection and food for many forest animals, including squirrels and chipmunks. It can be especially resistant to attack by insects, which makes them very helpful trees in reforestation projects and reclamations of former construction sites. Finally, sweetgum trees, like soy beans, can fix nitrogen and promote soil health. The American sweetgum below is situated in a green space between Osborne Memorial Labs and Kroon Hall at Yale. It offers a calming presence in the heart of the science buildings on campus.

As far as insect life is concerned, the sweetgum seeds are larval hosts for several moths including the Luna, Promethea, Imperial and Regal moths. In late fall when the bright green seed pods have dried, the seed pods are a great attraction for birds: doves, purple finches, chickadees, goldfinches, Carolina wrens, cardinals, towhees, titmice and juncos. The tree sap, from which it’s name, Liquidambar, derives, is sweet and attracts yellow-bellied sapsuckers who mark the tree trunks with uniform rows of holes. 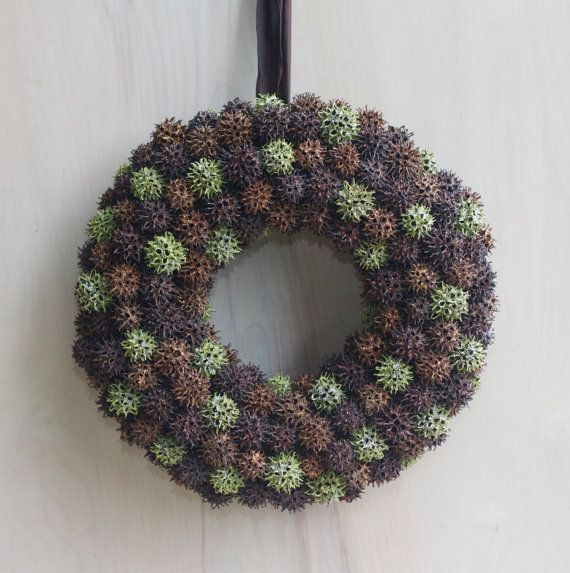 Lastly, if you are not a fan of the Sweetgum balls that litter the ground, consider using them as mulch for the yard and flowerbeds. They also work well to deter dogs from lying in those specially watered perennials. If you’re the crafty type, they make a gorgeous wreath with a nice textural element for your holiday front door. 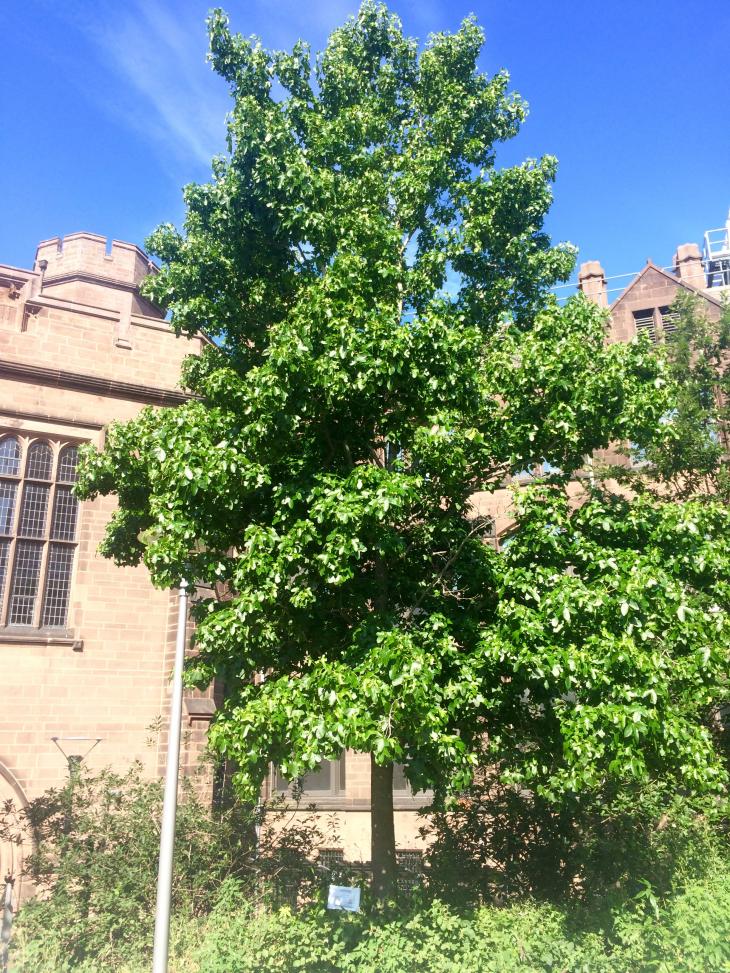 Some bloggers have called the sweetgum the most dangerous tree in the suburbs, as Phil would attest.[3] Whatever you think of the fruit (seed pods) it is still a beautiful tree in most seasons of the year.