Tales from the Camino: Trees and Shrubs

The trees of the Camino are as varied as the flowers. That said there were a few patterns that seem to be followed by most Spaniards. For example, the Plain Trees (Sycamores) were all pruned in the fall and used for urban canopies in the cities, leaves coming out in the spring and lasting all summer. And the mountains were full of oaks, firs and pines, with the occasional dogwood reaching for light on the meadow margins.

The lower areas and along stream beds seem ideal for the largest arbor variety: willow, alder, ash, locust, sycamore, eucalyptus, cottonwood, and other trees. The water attracted the bullrushes, cattails, tamarisk and other shrubs. Fruit trees, like the apple, pear, plum, olive and fig, are well represented. And the stately poplars, elm and cedars were in the middle zones, often ramrod straight and watered assiduously. The tall ones offer a good wind break for the fields.

The sycamores are not the only trees chopped by arborists, the yews are also groomed and pruned into topiary sculptures in the city parks, especially Burgos. A few surprise trees were the linden, red-bud, birch, sequoia and mimosa. These and other trees were randomly found in the cities and along the Camino in unsuspected places, which is always fun.

Below are images that I found interesting while Mary and Lindsey Klaff and Tracy Hooper were with me on the Way. We had good weather and great luck with our feet. Props to Wright Socks (REI’s finest) on that last score. And the grapes, many sprouted into sizable trees, were everywhere. We are now lovers of Navarre and Rioja fruits and we have a new-found taste for the wines from these, along with reds from the Jerez region. We will have to come back and see if we like the Galician wines as well. 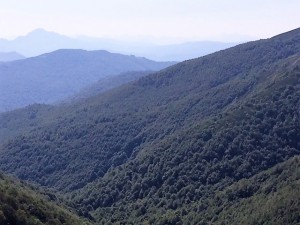 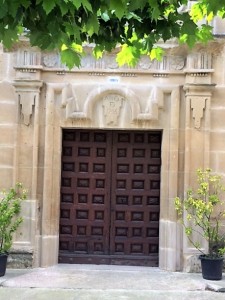 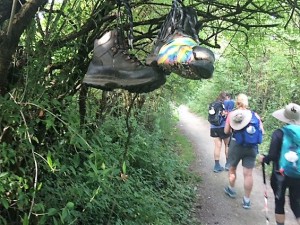 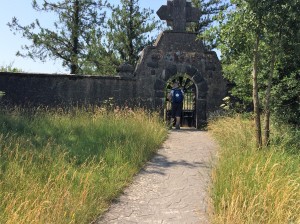 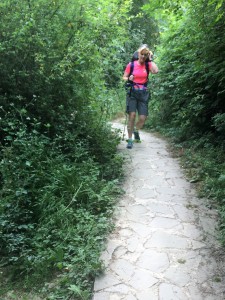 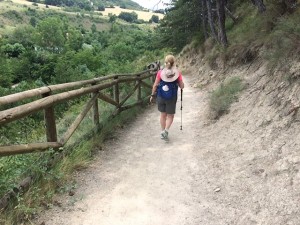 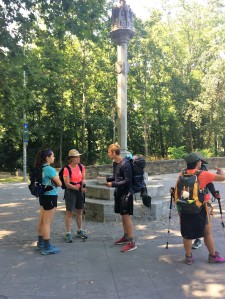 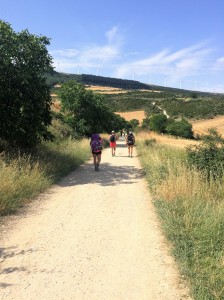 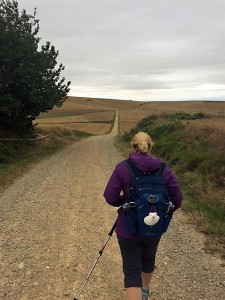 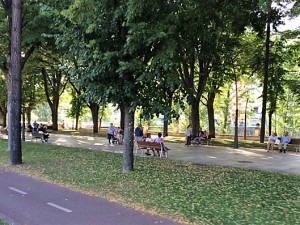 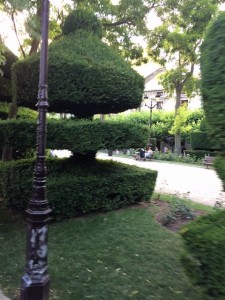 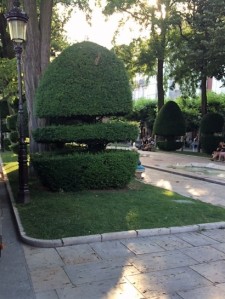 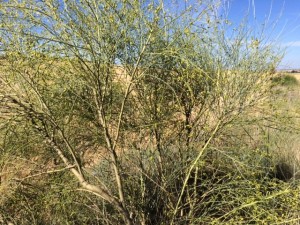 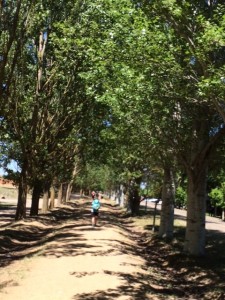 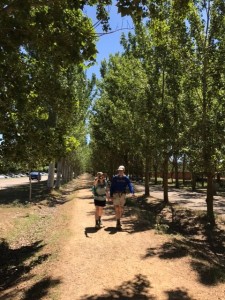 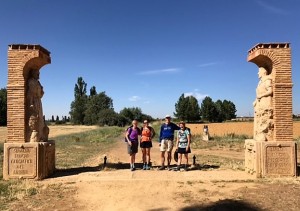