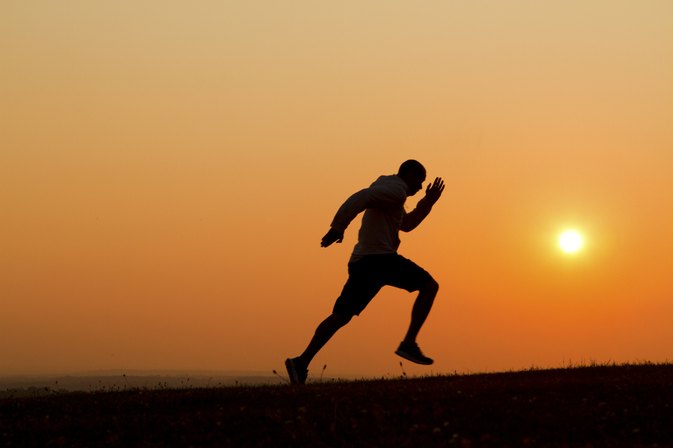 It was a chilly weekday afternoon in Baltimore, and the drill was to scale hills at Catonsville Community College. Those CCC fall sprints were killers to those who showed up that day, but they were part of the Run For Your Life training regime. At least that’s what Dr. Gabe Merkin said.

“Running up hills is different from flat and down hill running: the main difference is the length of your steps and the use of your arms.” Dr. Merkin then began to demonstrate the short, choppy steps and the longer, more-physical arm movements to propel the running up, without losing speed or momentum. Long strides were hard to sustain, short arm strokes slowed you down. By hitting the right, choppy cadence and swift. tight-elbow arm movements, the runner was in constant motion, headed UP and toward the top.

The runners who had yet to master the stride and stroke were pretty well exhausted by the time they were half way up the hills, and they had to resort to a swift walk to reach the summit. And since the course had a series of hills, all equally challenging, there was lots of practice that day.

The only redeeming part of the run was the last hill. Growing by the crest of the final incline was a grove of pear trees. Not just any pears, but seckel pears. Hard and meaty, the pears were a curse on the course edge and a blessing. If you stepped on one while running, you were sure to twist or sprain an ankle; if you picked one, put it in a paper bag for a few days, it softened into a fruit cocktail delight.

Most runners prefer to run down hill or on flat terrain, if given a choice. A few brave and seasoned runners prefer the UP hill. And they can be show-offs about it. While the down hillers are groaning in anticipation of the incline, these intrepid climbers zoom past with seemingly effortless persistence. In many races the laggard on the uphill becomes demoralized. The slower runner ends up running even slower up hill than they might have without being passed. Such are the psychological tactics used by those clever uphillers out there. They often mock runners they pass as Road Kill.

No one wants to end up as a notch on someone else’s road-kill belt. So “get your up hill on” and commit to doing some up hill training!