Chugging up the hill on July 3rd proved an exhausting workout from the banks of the Willamette to the top of Council Crest. We had practiced some exhilarating yoga poses there for the summer solstice, a week and a half earlier, and it seemed a worthy summit to reach to celebrate the coming birthday of our country.

Sweaty and breathing heavily, I made it to the top and was disappointed that the sky was dreary and overcast. Trotting past the dog-walkers, I approached the amazing, statuesque water fountain near the crest. It depicted a young mother hoisting a child aloft. The fountain area had several bronze plaques that described the early pioneers who had spotted the bevvy of beaver dams on the Tualatin River. So many dams, they named the area Beaverton in honor of the state animal. The plaque dismissed the myth that Council Crest was the ceremonial gathering sight for the Native American Indian tribes in the area. No war councils assembled there. Only merry makers.

What is Council Crest?

More than a park… 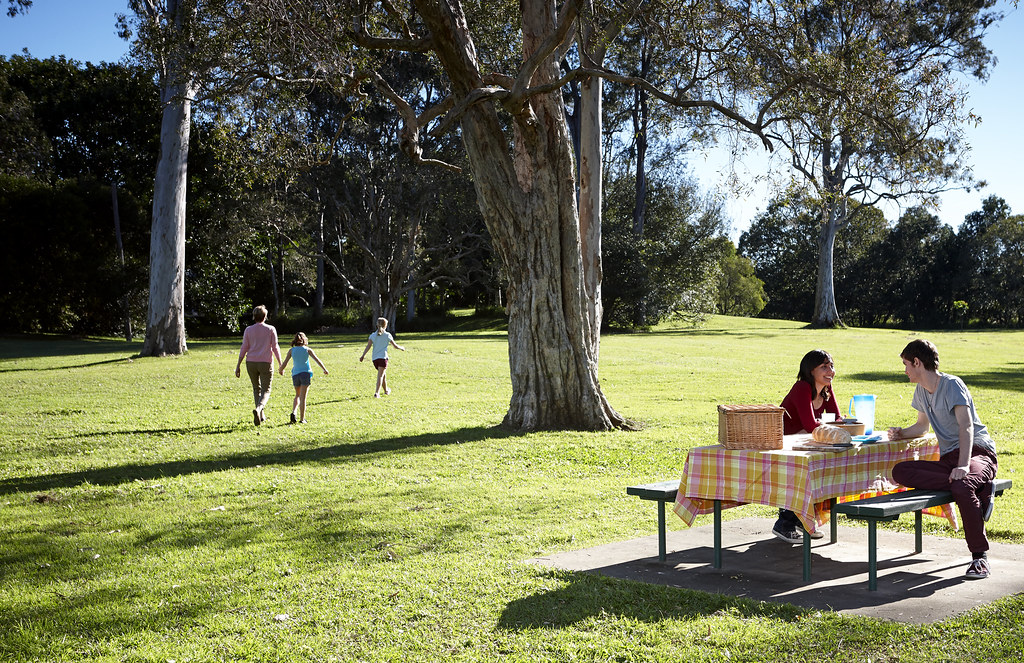 Picnic in the park at Council Crest

Many newcomers to Portland, including some not-so-new-comers, like us, do not know that Council Crest is the tallest peak in the Tualatin Mountains and one of the highest points in the city limits of Portland. (Aside: the honor of the highest point goes to a stretch of NW Skyline Boulevard, north of the Willamette Stone Heritage Site). At a height of 1,073 feet above sea level, Council Crest provides visitors with great vistas in all directions: East to Portland and Mt. Hood, North to Vancouver and Mt. St. Helen’s, West to Beaverton and the coastal range, and South to Lake Oswego and the Willamette Valley.

The land around the summit of Council Crest was once a flourishing amusement park. Created by the Portland Electric Company as a tourist attraction, it opened in 1907 and thrived right up to the point when it closed: September, 1929. One month later the stock market crashed and the country became paralyzed by the Great Depression. In it’s economic prime, the amusement park featured a roller coaster-like “Scenic Railway,” a steam powered miniature railway, a water boat ride — billed as a “Trip up the Columbia” and a giant Ferris wheel. The park was known for its shooting gallery, its petting zoo, its views of the region and its carnival-like atmosphere.

Despite the closure, much of the park relics survived in tact until they were demolished by the City of Portland in 1941. The base of the 77-foot tall observatory tower was rebuilt into the water tower that is visible on the top of Council Crest today. Like most Portland Amusement parks, the area was served and heavily promoted by trolley lines. Even after the amusement park closed, trolleys continued to bring tourists to see the spectacular 360-degree views until 1950. Today, Grayline tourist buses come to the top, along with Tri-Met 51, which rounds the neighborhood, before heading back down Vista.

The area is much quieter than it was in the amusement park era. As local realtors say, “The peaceful, grassy lawns contrast sharply with the chaotic, carnival atmosphere of the park’s heyday.” The views, however, remain the same. On a clear day visitors can expect to see five snow-clad volcanoes and the entire city of Portland laid out below them. When the temperature dips below freezing and precipitation is in the forecast, the young weather reporters know to scale Council Crest for the most likely spot to see snow flakes for their nightly TV shoot. 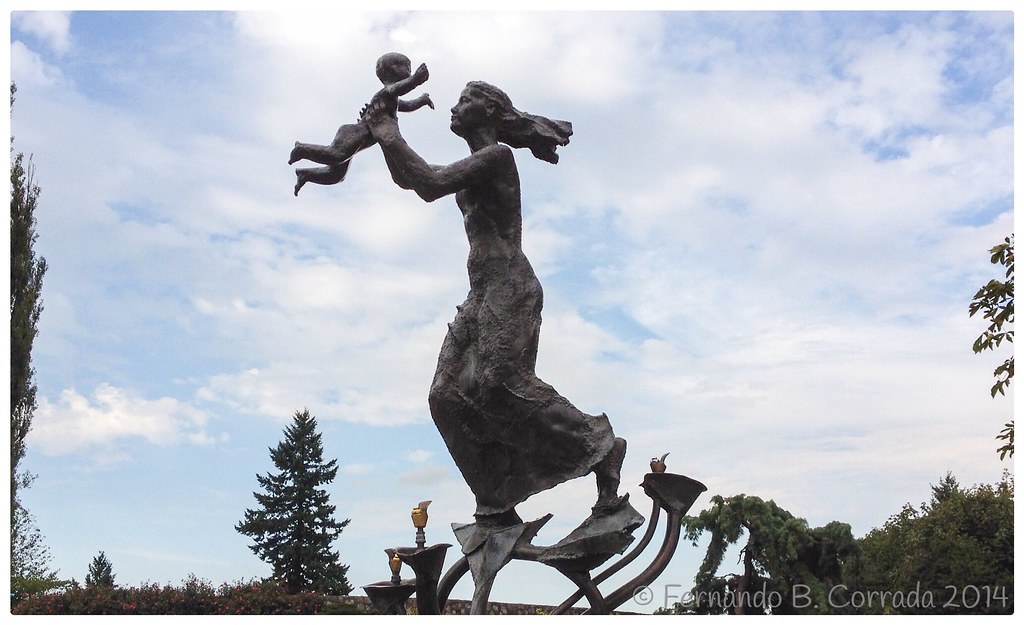 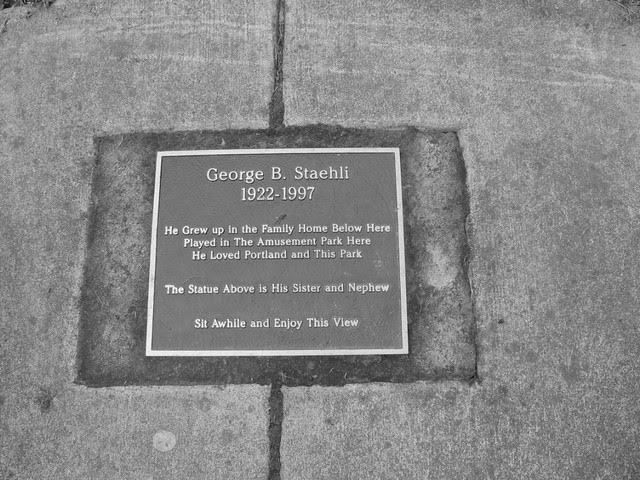 The bronze statue/water fountain near the top of the Crest is call Pioneer Woman. It is also known as Joy, Joy (Pioneer Woman). The bronze was created and cast by Frederic Littman in 1956. The statue was given as a gift to the city of Portland by the Florence Laberee, in honor of her husband, George Laberee, a successful contractor in the city. According to another plaque on the summit, the models for the rendering of the statue were George Staehli’s sister and nephew. Staehli grew up in the West Hills and he cherished the city of Portland and playing in the park at Council Crest.

“Sit Awhile and Enjoy This View,” insists George Staehli, as inscribed on the plaque.