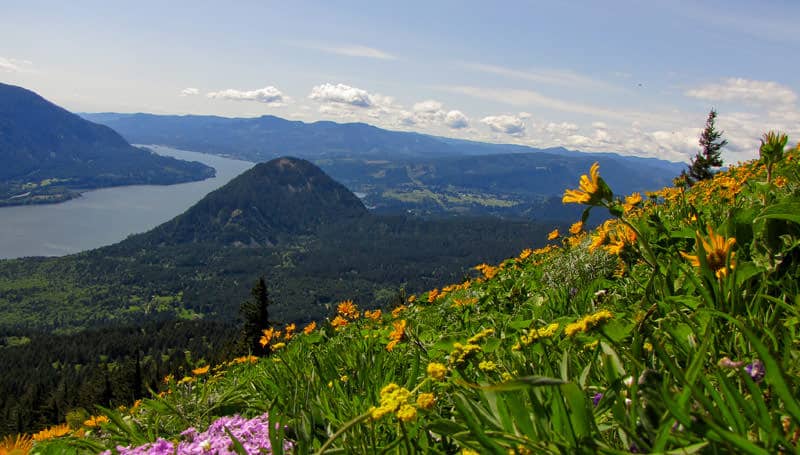 Breaking out of our quarantine is always a tricky endeavor. Where can you go that is safe? Around the neighborhood? Around the city? Around the state? We have done so carefully, as “quarancheating” is rampant in Oregon, and we did not want to be foolish in our outing.

Late in the season for the wild flowers in the Columbia River Gorge, we found a parking spot easily at the Dog Mountain Trailhead, about 13 miles east of Stevenson, WA. We arrived around 10 am on Saturday, June 27. It was very windy in the parking lot, which blew up some dust devils for our first gust warning.

We took trail #4407, also known as the Augspurger Trail, which skits Dog Mountain from the western slopes of the incline. We had beautiful views of Wind Mountain (should have been a clue) and the Columbia River, which was covered in rolling waves with expansive white caps.

After 2.8 miles of a not so gentle rise (2,200 feet in elevation), we reached the junction with the Dog Mountain trail. We stopped from time to time to photograph the wild flowers, even the ones that need no chlorophyll. One, known as Phantom Orchid, was beguiling and spotted in many sites on the forest floor. 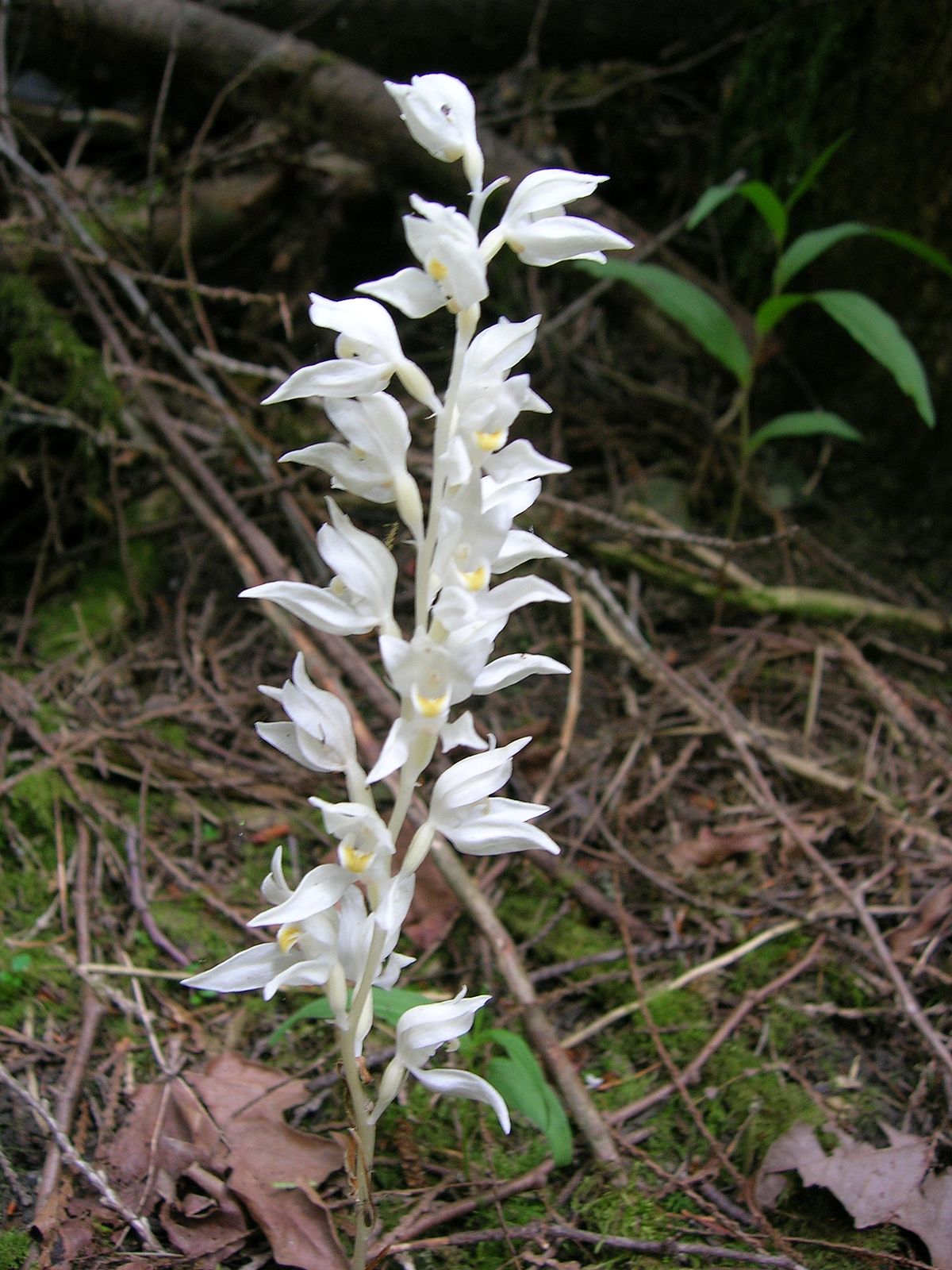 Simply known as the Dog-Augspurger Tie Trail, we had a decision to make: climb .9 miles to Dog Mountain, or climb up and down and up again for 3.1 miles to Augspurger Mountain. We chose the Augspurger route.

Immediately the wind became more intense as we headed along the knife edge to side of the ridge between the two mountains. We could see the powerlines in the distance, which were a visual that we were on the right trail. What we had not anticipated was the overgrown bushes that completely obliterated the path. The late spring wildflowers were now covered by wild raspberry bushes that reached to shoulder height. We did not have walking sticks or a machete, but it would have taken a great deal of hacking at the growth to see the trail and make our way to the top.

One of the trail guides mentioned that this part of the trail is especially overgrown in summer, and I thought they were exaggerating. No, if anything it was an understatement. Having bushwhacked a lot of mountains in my day, and having dragged my wife, Tracy, on several of the most embarrassing ones, after about a half a mile in, I was humbled to say, “UNCLE!”

We turned around and headed back up to the junction to Dog Mountain and took the .9 mile trek up the incline for a picnic on the top. We heard the call of the Western Meadowlark, Oregon Junco and Raven as we climbed and were not sure how those little guys kept from being blown off the ridge.

The late season wildflowers were all stunning in their own rights, so no complaints on the flower front. We especially enjoyed the Cow Parsley, Red Columbine, Indian Paintbrush and the Mountain Lily. We had excellent views of Mount Hood, Wind Mountain and Silver Star Mountain to west, but missed those of Mount Adams and Mount Rainier today.

The hike back down was challenging, as our legs were weary and the crowds were not wearing face coverings (except a small minority). The family dogs and children were panting fools. It was frustrating to be exposed to the elements and still to be in too-close proximity to these strangers. They seemed to feel it was their right to be there, dangers-to-others be damned.

We made it back to Portland by early afternoon, which goes to show how easy it is for us to have access to this wonderland, even if it were too crowded for our comfort. Next time we will go earlier in the season to avoid the overgrowth of the understory.