The bright white flower was a magnificent trumpet blaring above the bright green foliage. Some onlookers called it Jimsonweed, others called it Moon-flower and still others, Datura.[1] The teenage campers spotted it along the side of the road in Utah and Arizona, on trips down to Moab and the Grand Canyon. The flowering plant was also mistakenly called Locoweed by some who felt that its power extended to the cattle and horses, which ate the leaves and fruit and acted in most peculiar ways afterwards. It is in a category of deliriants, which can easily be overdosed by animals and humans alike.

Datura innoxia (sometimes spelled inoxia, has many common names in different parts of its habitat: pricklyburr, re-curved thorn-apple, downy thorn-apple, Indian-apple, lovache, nacazcul, totatzin, tolguache and totoache. No matter what you call it, this plant is in the Solanaceae family. It is also sometimes called Sacred Datura, although that name refers to Datura wrightii, a distinct species in the same family. Native to the Southwest, it is also prevalent in Mexico and Central America.

An annual shrub, the plant can reach a height of 1.5 meters and even greater length. The stem and leaves are bright green yet are covered with a layer of soft gray hairs, which give the whole plant a slight grayish appearance. The plant emits a foul odor, especially when you brush up against it or crush the leaves. It smells like rancid peanut butter. The flower, on the other hand, which opens in the dark of the night during the summer and fall months has a very pleasing fragrance, almost like night blooming jasmine. The trumpet-shaped bloom measures from 4 1/2 inches to 7 1/2 inches length and starts out pointing skyward, but later lowers its opening to pointing downward.

Spiny fruit of the Datura innoxia

The fruit or seed pods are egg-shaped and spiny capsules a few inches in diameter. The seed pod disperses its contents when it is ripe and opens up. The pod can open when caught in the fur of animals, who carry the fruit far from the mother plant. The seeds seem to have a secret power, as they can hibernate in the ground for year in the soil before opening up and sprouting.

As to the toxicity, all parts of Datura plant contain dangerous levels of poison and may be fatal if ingested by humans and other animals. In some places it is prohibited to buy, sell or cultivate Datura plants. The Aztecs of Central and Southern Mexico called the plant toloatzin, and they used it for some therapeutic purposes, such as poultices for wounds. (See the Word Smith [2] on that topic: https://henryehooper.blog/word-smith-poultice/) The poultice acts as an anodyne due to the alkoloids in the plant, which are similar in toxicity to mandrake bushes, deadly nightshades, and henbane. (See the Witness Post [3] on the topic of nightshades: https://henryehooper.blog/witness-post-nightshades/ ) These are all highly poisonous plants that were used very cautiously for pain relief by tribes in antiquity. 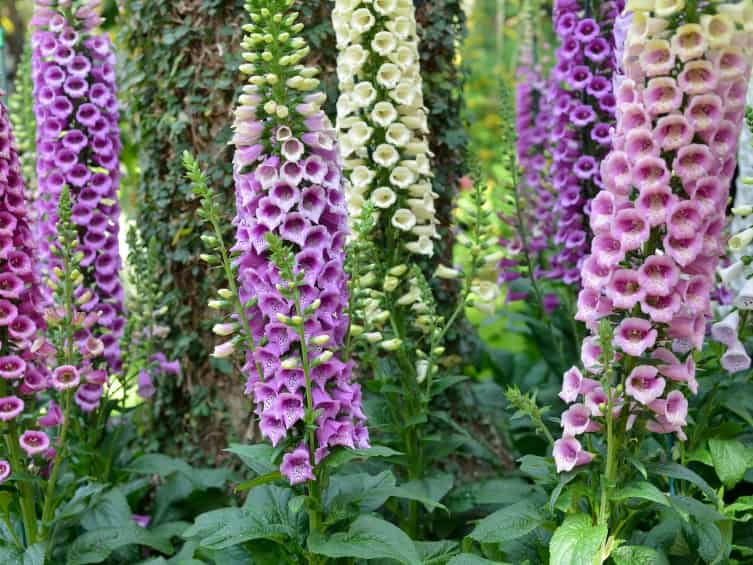 Even Foxglove is listed with Poison Control centers [4]

When talking about toxicity and intoxication, it is worthwhile noting that there is a difference between delirium and hallucination. Hallucinations can be part of a guided therapy in the right settings. The delirium, though, can lead to hyperthermia, tachycardia, and bizarre and possibly violent behavior. The dosage can vary greatly depending on  different native traditions, but it is never recommended that people experiment by themselves. There is no need to experience a toxic episode where the taker withstands a complete inability to differentiate reality from fantasy, a state to enter only with trained professionals or a doctor’s care.