There are a lot of birds out there whose images have become the mascots for professional athletic teams (Orioles, Falcons, Eagles, Cardinals, Ravens, Seahawks, Blue Jays, etc.), but the birds with the flashiest crest and facial expressions in my book has to be the Jay. Some will argue it is the Cardinal, but that is from primary color brainwashing. Red may be the brightest primary color, but the Jay species show up in bright blue and green (the combination of two primary colors) and many complementary colors in the spectrum from black to white to grey. Throw the Eurasian version in the mix and the Jays have a great color wheel of their own. Below are some images and stories of these majestic (and loud) avian marauders of the bird world. 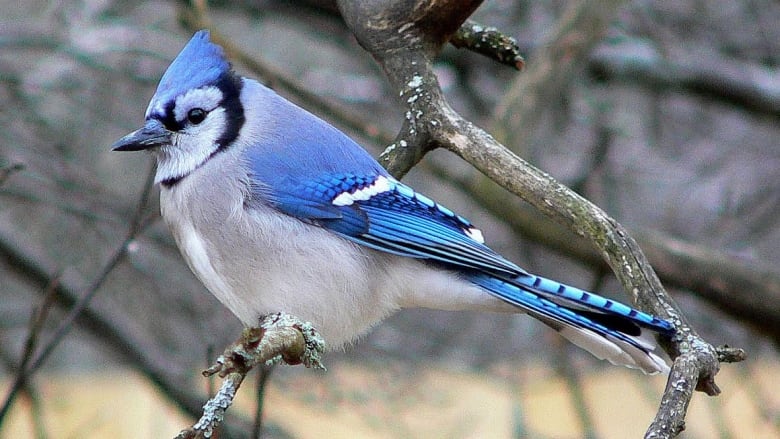 “What Stumped the Blue Jays,” by Mark Twain, is about the bird’s ability to speak, converse, and act like humans. The blue jays, as Mark Twain claims, can speak, out-swear miners, have good grammar, and have a good sense of humor.

One day, a blue jay happened to come across a “hole,” which was a part of an abandoned house. It looked at the hole and put an acorn safely in the “hole;” however, to its surprise, the acorn was gone. The blue jay decided to put more acorns in the hole to see what would happen. Upset, he could not see any acorns. The jay was stumped and started swearing. Eventually, another blue jay comes along and he, too, was stumped. They called more blue jays; eventually, flocks of blue jays were present. They all speculate and theories were created; each one had a different explanation for the absence of the acorns. The blue jays searched everything, including the house. Eventually, one opened the door to the house, and saw all of the acorns on the floor inside. Since the mystery was solved, all of the blue jays started laughing.

Blue jays, according to Twain, like to gossip and are never at a loss for words. In the story, they are trying to figure out how to solve a complicated problem which would seem trivial and very insignificant to people. Nevertheless, they are confounded by the acorns’ disappearance in the “never-ending hole.” This problem they are trying to solve and how they approach the problem—one swears, others theorize, and others search—creates humor because of their approach is so much like us.

Scrub-Jays are fun to watch because they are animated, vocal and playful. They move about in bold hops and lunges, looking around with sharp turns of their heads. The California Scrub-Jays are often found in flocks during fall and winter. Some of the birds are known as “floaters,” because they don’t have territories of groups of their own. Many, however, join in large flocks that can collect up to about 30 individual jays.

Mating pairs stay together throughout the year and typically remain coupled for several years (although about 11% of pairs split up each year, according to a California study). In years when the local acorn crop fails, California Scrub-Jays may abandon their territories for the winter, sparking a free-for-all for real estate the next spring when the birds return. Members of a pair often feed each other, particularly during the breeding season. The female does all the incubation. Nest predators include raccoons, weasels, skunks, squirrels, king snakes, gopher snakes, rattlesnakes, magpies, crows and other jays. Predators of adult and fledgling jays include bobcats, house cats, accipiters (hawks), and Great Horned Owls.[2] 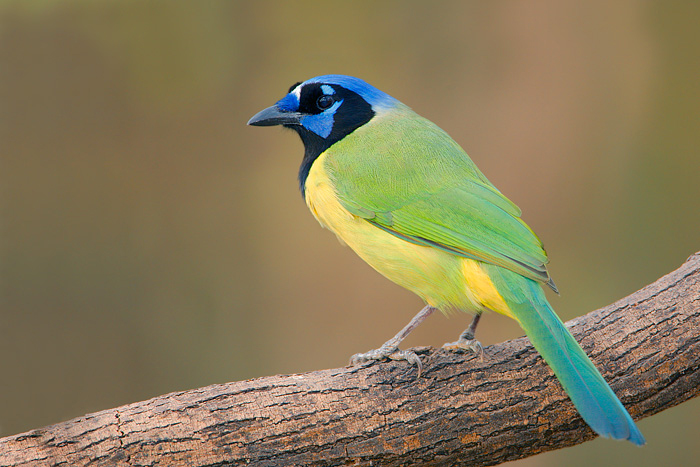 One of the Rainbow colored jays would have to be the Green Jay. They live in the southern tip of the vast state of Texas. Bird life of all sorts is abundant on the Santa Ana National Wildlife Refuge in Texas. This large stretch of Tamaulipan brushland was preserved for its wildlife, including many species found nowhere else in the United States, among them is the Green Jay. These jays and other birds persist in Texas because of active conservation of habitat along the Rio Grande. A series of refuges (Santa Ana, the World Birding Center, and others) provide a wildlife corridor that allows birds and other animals to move up and down the river, improving their chances of survival in the midst of farmland. [3]

Talk about hefty crested birds and you have to include the Steller’s Jay. He has an ‘attitude’ and the hairdo to go with it. He is the bomb!

The bird’s name is sometimes spelled Stellar, with the AR ending as in star, and they are also referred to as long-crested jays, mountain jays, Braham’s jays and pine jays, but they are mostly called Steller jays. This jay family is named after the German naturalist Georg Wilhelm Steller, who was the first European to record the bird in 1741. [Adding to the spelling confusion, his German family name is usually spelled Stöller.]

Georg Steller (1709 – 1746) was a botanist, zoologist, physician and explorer, who in his short life identified sea lions, sea eiders and other marvelous animal species in Alaska, Russia, North America and around the world. Many of these species carry his name to this day. [4] 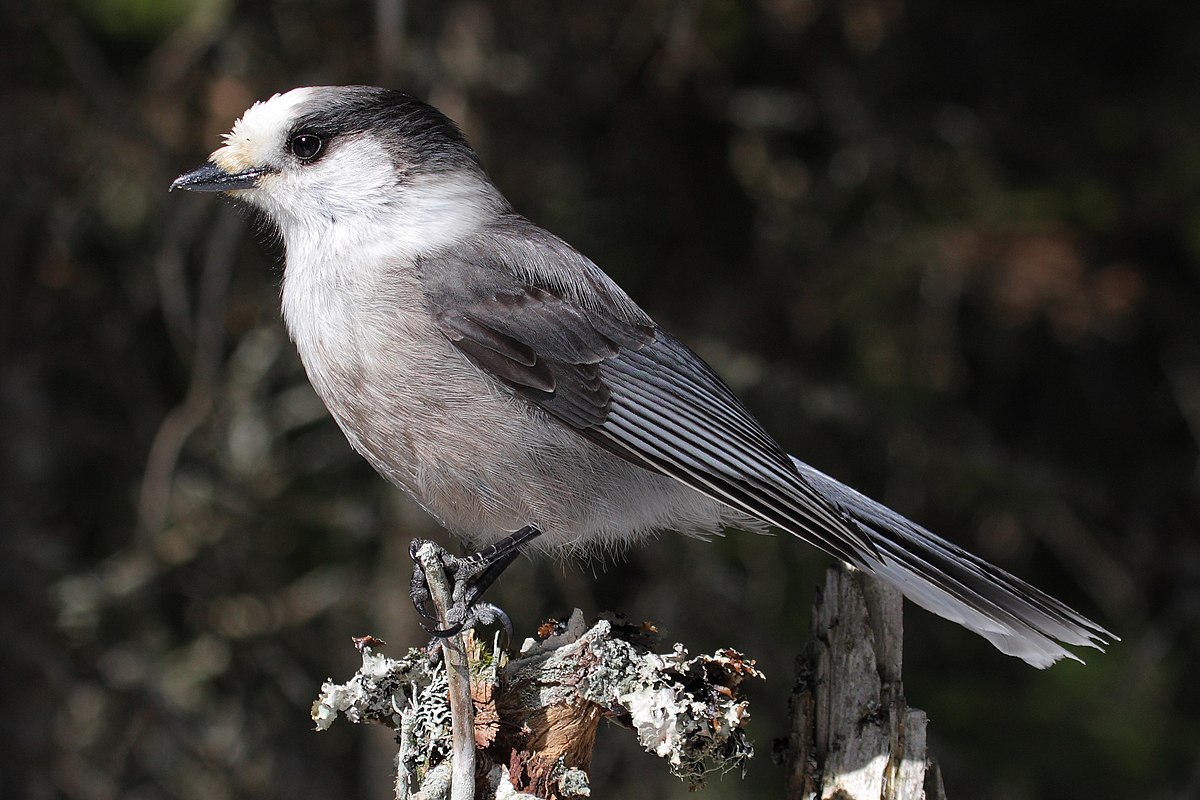 The high altitude champ among the Jays has to be the grey variety. We have seen these, along with Clark’s Nutcrackers at some of the hairiest climbing spots in the Sierras. Very fun bird to watch as it cleans up all of the crumbs around picnic tables and other spots where hikers’ deposit their table scraps.

This is an odd jay for sure. Anglos spell the name pinyon, just because. The bird looks more like a small, blue-gray crow, instead of a jay. It mostly lives in the Great Basin region of the US west. Appropriately this jay feeds heavily on the seeds of piñon pines, and its distribution is tied closely to the range of these trees. Piñon Jays are sociable at all seasons, traveling in flocks, nesting in colonies. When on the move, they fly closely together, giving harsh nasal calls that wake up the neighborhood. 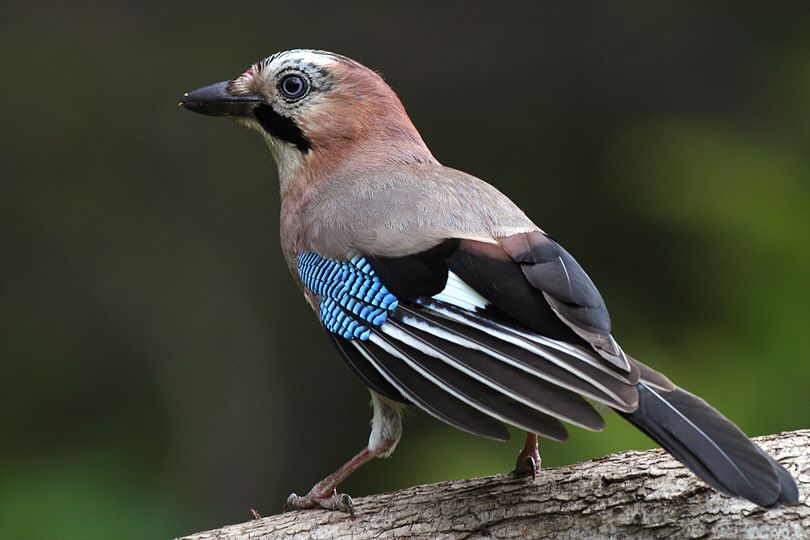 Mary Klaff spotted the Eurasian Jay while she and her daughter, Lindsey Klaff, were walking on the Camino de Santiago in northern Spain. She sent me a picture of a bird they had spotted and although I did not know for sure if the bird they saw was a jay, it certainly looked like one. Upon receiving another picture from their phone cameras, I was able to positively ID the species, which is are real beauty, especially in flight.