When we went “house hunting” in Portland, Oregon, in 2002, we had each put together our LIST of criteria for our new purchase. My list included a good value, a nice yard, room for a vegetable and flower gardens, access to parks, walkability to shops, stores, restaurants and public transportation, safe neighborhood, etc. Meanwhile on Tracy’s list were the more expansive terms: a beautiful house on a named street (not a number); a welcoming front porch; a haven for our girls; four-bedroom, three bath; gas stove and fireplace; plenty of “party parking,” etc., etc. Some people called us Mr. Outside and Mrs. Inside, which seemed to fit our different, complementary house hunting criteria.

One thing we had not heavily considered was additional connotations of the street name. At the time, there was a popular situation comedy television show called Desperate Housewives. In the sitcom the neighborhood was on Wisteria Lane. The house we chose was on Wistaria Drive, and although spelled differently, nearly everyone asked us if the street were the same one where they filmed the television series. We thought more about the flowering vine, wisteria, than the sitcom, but the questions continued for all 15 years we lived in that lovely location. 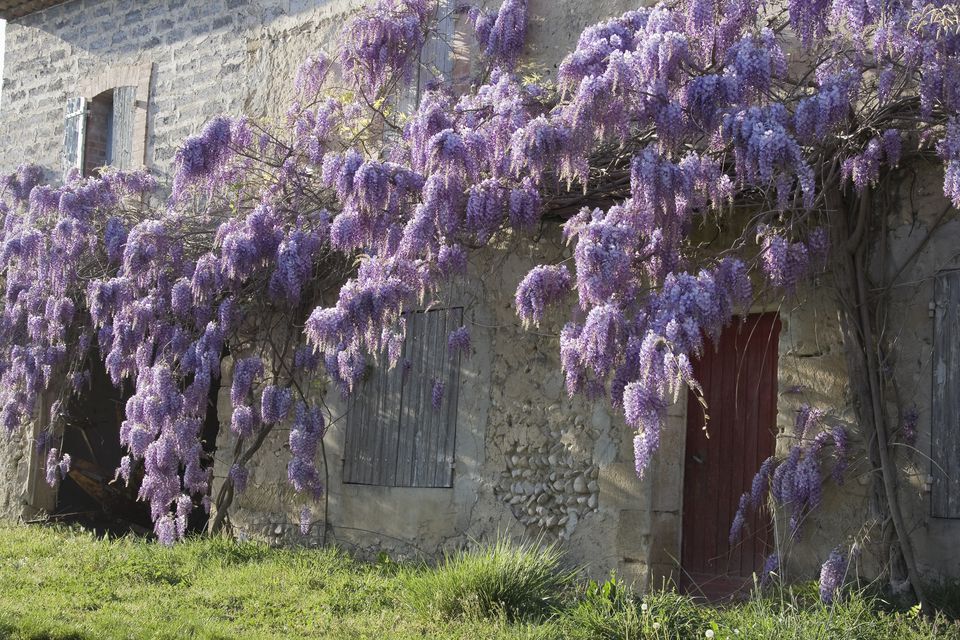 Over the years the name puzzled me, so it was time for some research. The neighborhood in NE Portland is known as Beaumont Wilshire and the street we lived on winds peacefully along the base of the Alameda Ridge. The main road in the neighborhood is Sandy Boulevard, which traverses across the named and numbered streets in Northeast Portland. The homes were built in the late 1920’s and early 1930’s by German families and the architectural details they included are extraordinary (mahogany paneling, marble fireplaces, tin ceilings, a picture window, 10 feet high ceilings, lead glass windows, ogive molding, etc.).

Ours was a Victorian house with a grand central living room and inlaid mahogany formal dining room. We converted the kitchen into a more contemporary family room that we dubbed “the garden room,” because it looked out onto our stair-stepped gardens, which we tended with care (and help). The grounds included stately American elms along the street, a magnificent white azalea in the front yard, a climax Douglas fir in the backyard, and a fragrant clarodendrum in the back garden.

The name of the street was unique in Portland and worth some investigation. This Witness Post is a deep dive into the origin of the street name, and Caspar Wistar, the man with a loose connection with the Lewis & Clark Expeditions. These Posts are dedicated to honor our Hooper collateral relative, Meriwether Lewis.

Our street name was chosen by the city of Portland in honor of an American physician and anatomist, who grew up in Pennsylvania. He was the grandson of a famous German immigrant who lived in the Germantown district of Philadelphia. Sometimes referred to as Caspar Wistar the Younger, historians wanted to distinguish him from his grandfather (1696 – 1752), who was a glassblower with the same name.[1]

Wistar attended the Quaker school in the Philly neighborhood, later renamed Germantown Friends School, where he received a classical education. Early on, Wistar had an interest in medicine. During the Revolutionary War, Wistar was 16 years old and he began aiding in the care of the wounded after the battle of Germantown (1777). His first formal medical studies were under the direction of Dr. John Redman in Philadelphia.

Wistar next studied medicine at the University of Pennsylvania (receiving his Bachelor of Medicine degree in 1782), and then in Scotland at the University of Edinburgh (receiving his Doctor of Medicine degree in 1786). While in Scotland he served for two successive years, as president of the Royal Medical Society of Edinburgh. Wistar was also president of a society for the further investigation of natural history, a theme that appeared and reappeared at various times in his life.[2]

Upon his return to the States in 1787, Wistar lived in urban Philadelphia. He was appointed as one of the physicians to the Philadelphia Dispensary. He was also serving as professor of chemistry at the College of Philadelphia and he held joint posts with the institutes of medicine there from 1789 until 1792, when the faculty of the College united with the medical department of the University of Pennsylvania. From his personal experience, Wistar was an early promoter of vaccinations. During the yellow fever epidemic of 1793, he suffered an attack of the disease, which he contracted while caring for patients. He recovered from the fever after an inoculation and made first hand recommendations on the benefits of vaccines.[3]

He was elected a Fellow of the American College of Physicians and the American Philosophical Society, both in 1787. Adding to his affiliations, Wistar was elected to the American Academy of Arts and Sciences in 1803. Wistar also held the position of adjunct professor of anatomy, midwifery, and surgery at the University of Pennsylvania until 1808, when he was given the chair of anatomy. (He retained the chair position until his death in 1818.)[4]

To improve his teaching at the University of Pennsylvania, Wistar developed a set of anatomical models — human remains that he preserved by injecting them with wax — to assist with the instruction of anatomy. He catalogued his work in the two volume set A System of Anatomy which he published from 1811 to 1814. His fame attracted students and doctors to his lectures, which helped established the widespread reputation of the university.[5]

Wistar’s personal reputation as an anatomist also grew during these years. He was best known for his description of the posterior portion of the ethmoid bone with the triangular bones attached, which gave him universal recognition for his original treatment of the subject.[6]

Yet his interests in anatomy reached beyond human skeletons. He was keenly interested in the anatomy of animals and the structure of ancient creatures who roamed the earth before humans arrived. Wistar’s knowledge of ancient anatomy brought him into rarefied company with the top leaders of the country. With the help of his friend Thomas Jefferson, Wistar worked to identify bones of the Megalonyx. Wistar helped describe the physical structure of prehistoric giant animal, called a ground sloth, by studying the teeth and bones of the excavated beast. He wrote his findings in a 1799 paper for the Transactions of the American Philosophical Society. The paper described the elephant-sized herbivore, which was believed to roam the continent in the late Pleistocene Era. Wistar helped steer the name of the beast to honor the President: Megalonyx jeffersonii.[7]

The giant ground sloth, Megalonyx jeffersonii, lived in the Americas over 12,000 years ago. The species survived for 10 million years. The adult was 9 feet tall and weighed 1,000 lbs.

It was through President Jefferson that his secretary, Meriwether Lewis, sought the counsel of Wistar on recommendations for scientific inquiry. Lewis was the commanding officer and field scientist on the trip to explore for a northwest passage to the Pacific Ocean. According to legend, Lewis sought Wistar’s guidance on living and extinct species to be on the lookout for during their upcoming expedition. It is believed that Wistar provided Clark with his writing on the animal species living and dead in 530 million acres of the Louisiana Purchase, which drain the Mississippi and Missouri Rivers. The degree that Lewis relied on Wistar’s advice is not well known.[8]

One of the traits that we love reading about Wistar was his habit of throwing an open house once every week in the winter. At these gatherings students, citizens, scientists, and travelers met and discussed subjects of interest. These assemblies, celebrated in the annals of Philadelphia under the title of “Wistar Parties,” were continued long after his death by other residents of Philadelphia.[9] 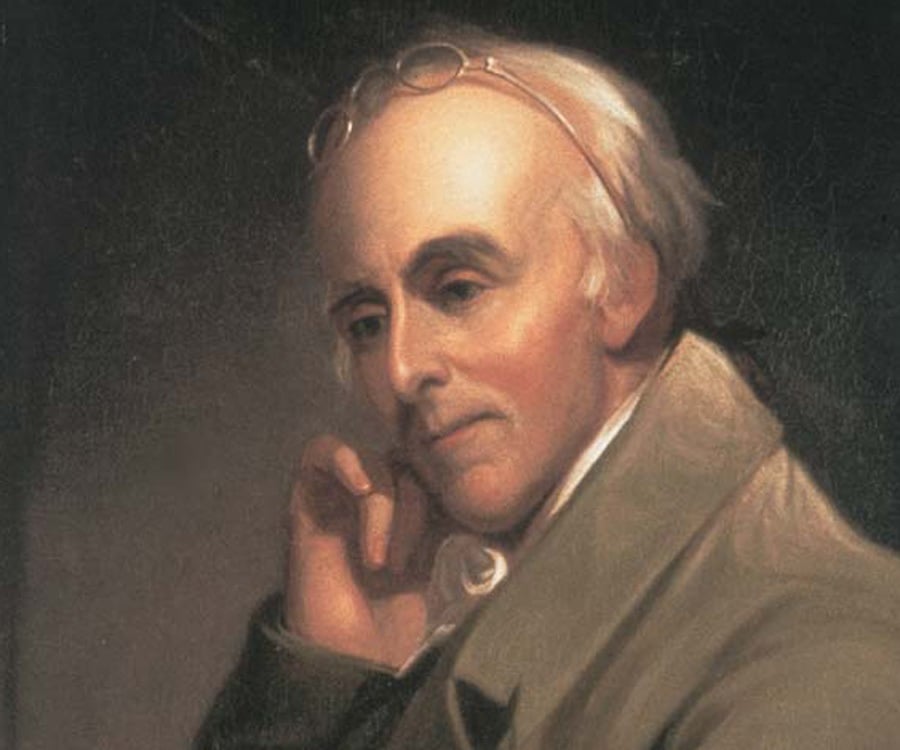 As final notes, the American botanist Thomas Nuttall named the glorious flowering vine — genus Wisteria — in honor of Caspar Wistar. Some botanists to this day call it Wistaria but the misspelling is conserved under the International Code of Botanical Nomenclature. The Wistar Institute of Anatomy and Biology at the University of Pennsylvania, was founded in 1892 by Caspar’s great-nephew, Isaac Jones Wistar, and this institute is named in honor of Caspar Wistar the Younger.[11]

Whatever the spelling of the name, we loved our home on Wistaria Drive. It will always be a place of celebration and open doors in our family’s fond memories.