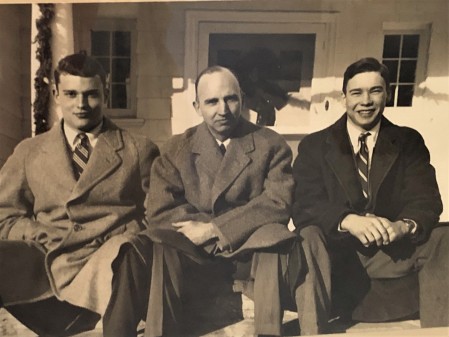 Their rivalry was intense. Two aggressive boys, one gifted verbally the other athletically. They tussled for most of their years on earth, and Jimmie, who was four years older, usually came out the winner. The younger, Laurie, though was always a handful. Their relationship was tragic in the way it began from an insecure younger brother’s loving worship/adoration. The brotherhood grew to a longing for approval from his elder to envy of his naval record and war heroics. It was an intense competition that spiraled downward as they grew older. Nothing like a work life of intense glares and verbal barrages to shame a younger brother.

Jimmie Hooper was many things, but first and foremost he was a Princetonian. His father and uncle were Princetonians. He lived, breathed and drank all things Tiger. The notes below are gleaned from Old Nassau’s newsletter, The Princetonian, which had a record of his passing.

James E. Hooper, Jr. died unexpectedly, of a heart attack, on December 24, 1992, at his home in Owings Mills, MD. He had retired, after 43 years with the family textile sales business, William E. Hooper & Sons Co., when it was sold in 1989. He worked with his grandfather, father, and brother in the business over the years, but he loved most his time away from the home offices. With a solid chemistry background, he has a knack for developing and selling products for the papermills across the county, which took him and his family to Geneva, Illinois. At the time of the sale, Jim was president of the company, and with the help of his nephew, Henry E. Hooper, they sold the company real estate and two operating divisions.

Jimmie joined the Princeton Class of 1942 from Kent School, where in 1938 he had rowed on the crew that won the 99th running of the Henley Royal Regatta on the Thames in London. A chemistry major at Princeton, Hooper continued rowing in the varsity shell sophomore and junior years. He was also a member of Ivy Club.

At the end of junior year, due to the bombing of Pearl Harbor, Hooper enlisted in the Navy and left Princeton. He was sent to the west coast to await his naval assignment. After some months at the Presidio in San Francisco, Hooper was stationed on the USS Wainwright, where he spend four years in the U.S. Navy as a lieutenant commander.

After his time in the service, he spent the next 15 years in the field, learning the family textile business. He started a family with his wife, Francis (Sis) Connell, the daughter of Philip G. Connell, Princeton class of ’06 and sister of Philip G ‘ Connell Jr. ’43. They lived in Geneva for many years before returning to the main office in Baltimore.

In 1960, Jimmie and Sis, bought a 200-year old property in the Caves Valley, north of the city. The maintenance of the property was an avocation. He loved squash, golf, tennis and many other sports, though after retirement, for both Jimmie and Sis the Caves Road property was a full-time affair. One afternoon Hooper stood with his niece, Nancy Hooper Caplan, as they surveyed the property across the Caves Valley split rail fence. “They are building a beautiful golf course right there, Nancy, which will preserve this area from future development.” That course became the renowned Caves Valley Golf Club. Sadly Sis died of cancer in 1991, only two years after Jimmie’s retirement.

Over the years Jimmie Hooper served on the Valleys Planning Council (promoting good planning practices and preservation of open space in Baltimore County) and was a member of the Society of Colonial Wars in the State of Maryland.

A devoted Princetonian, Jimmie attended both the 50th and the mini-reunion in Charleston, S.C., in November. On another sad note, Jimmie was engaged to Joan Matthews, the widow of his Princeton classmate Bill Matthews. The couple “remet” at a class reunion after both Bill Matthews and Sis Hooper had passed. Jimmie and Joan had planned to be married in January, 1993. Henry Hooper noticed a lightness of heart in Jimmie’s voice on the phone that Christmas when his uncle said, “I guess that is why they call it love!” Jimmie’s heart attach was too sudden and too soon. Hooper left behind his brother, Lawrence, two sons, Jim Jr. and Philip ’75; five grandchildren; and his fiance Joan Matthews. The Princeton Class of 1942 extended its most sincere condolences to the Hooper and Matthews families.

In 1986 I wrote a paper about the Hooper textile business for a Family Firms class at Yale’s School of Management. One of the co-authors of the paper was Nancy Sohn Simon, who ironically lives in Geneva, Illinois. She sent back to me a letter I had written in 1988 after two years working at the family firm. It described many of the Jimmie & Laurie Hooper (isms) that arose in the years that we worked together. For the last year I had an extraordinary number of hours with Jimmie as we strived to sell the enterprise. Jimmie seemed like this:

“For all of his shortcomings, Jimmie can be a good negotiator. He tends to allow an opponent off the hook too easily by arguing both sides of the story at once. He will shoot down even some of his good ideas in a wild and fantastic soliloquy. At the same time he keeps his eye on the big picture, not allowing details to cloud the overall intent of the negotiations. Jimmie always says, ‘Tell the truth. Just don’t tell everything that you know.’ Keeping a few aces up his sleeve proved a good hedge.

When the contract was finally accepted by both parties, we had accomplished several key things: 1) we sold a division whose market was beyond our control; 2) we rented out space that would have been otherwise vacant; and 3) we brought in a company which would continue to provide work for our former employees. This third point cannot be overestimated as the paternalism for the workers, despite it anachronisms, persists and is important to the family owners of the Hooper Company. A side benefit that was important to me was that the sale of the company gave both Jimmie and Laurie a retirement cushion: they had never put away anything for their ‘golden years.’” There are lots of reasons that Jimmie had never felt that there was cash enough for retirement, the listing of which are in the footnotes. [1] 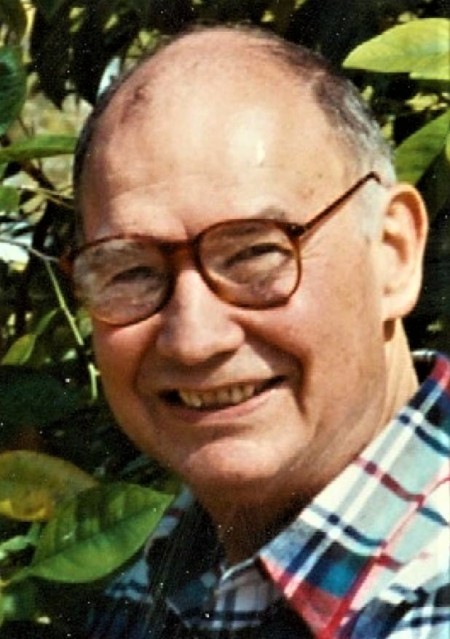 Laurie Hooper was a Calvert School and Gilman lad, whisked to Kent before he was ready to leave home. He learned by memorizing the stories in the right order: beginning to middle to end. He recited them again and again always in the same order. “I can’t tell you the end, unless you know beginning and middle parts,” and so the New Testament Bible stories started with Creation.

The son of James E. Hooper, Sr., president of Wm. E. Hooper & Sons, and Mildred Anderson Hooper, a homemaker, Lawrence Lewis Hooper was born in Baltimore and raised in Ruxton. He attended the Gilman School and graduated in 1943 from the Kent School in Kent, Connecticut, where he rowed crew and wrestled.

Mr. Hooper had been accepted to Princeton for his undergraduate studies; however, he enlisted in the Navy in 1943 and was sent to the V-12 program at the University of North Carolina at Chapel Hill. He studied business at UNC and was on the varsity wrestling team. He earned three Southern Conference titles as a heavyweight.

He was assigned as fire control officer on the battleship USS Missouri, which was at sea in the Caribbean. Aboard that famous battleship in 1946, President Harry S. Truman ordered the vessel to return the body of Münir Ertegün, Turkish ambassador to the United States, from Washington, DC, to his homeland. The Turks wanted his body to be buried in Istanbul near Shaykh İbrahim Edhem Efendi, his grandfather.

Mr. Hooper was honorably discharged from the US Navy in 1946. Although he was invited to travel to Princeton to earn his degree, he returned to UNC, receiving a bachelor’s degree in commerce in 1948.

He worked for the Davis Paint Co. briefly in 1948 before joining Wm. E Hooper & Sons in 1949. The seven-generation family company, which was founded in 1800, produced cotton duck (canvas) products and other industrial textiles. The company’s fireproofing and mildew-resistant patents were prized by the US Patent Office. Today, its landmark mill along the Jones Falls waterway in Woodberry is the Meadow Mill complex.

Mr. Hooper moved to the company’s Philadelphia office in 1954 and returned to Ruxton in 1961, when he was named vice president of operations. He retired from the company in 1988, when he and his brother, James. E., Jr. sold their interests in the textile mill. But as stated above, there is a deeper story here. [2]

In Maryland, he was an active member of the Towson YMCA, Society of Colonial Wars and the Bachelors Cotillon. He was also a communicant and Vestryman at the Episcopal Church of the Good Shepherd and a longtime member of L’Hirondelle Club, both in Ruxton. In Sarasota, the Mr. Hooper and his wife were active in the St. Margaret of Scotland Episcopal Church. 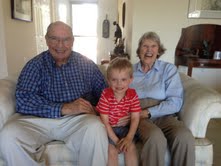 In 1989, he married Marion “Dicky” Marshall, and the couple spent winters in Casey Key, Florida, and summers in Bethesda, Maryland. Starting in 2000 they lived at Glenridge on Palmer Ranch in Sarasota. Dicky died in January, 2020, at the age of 92.

Mr. Hooper was an avid fan of collegiate and freestyle wrestling and he enjoyed fishing and reading. He also drove across the continent visiting US and Canadian national parks, especially those in Southwestern US. 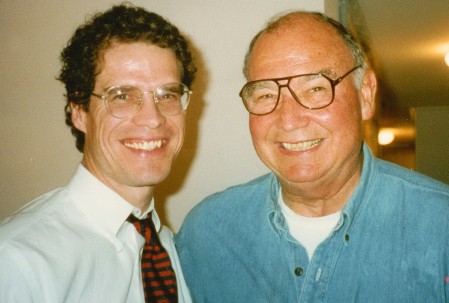 [1] One of the reasons that the Hooper Company was initiated for sale in 1987, was for income tax considerations. If the company had a “plan of liquidation” and made a partial distribution in 1987, the company would save about 5% on taxes.

Several years ago, Jim Hooper, III wanted some cash for a new car and he asked his dad if it could come from the Company. His father, Jimmie, said that if anyone were to be given a cash infusion from company holdings, then an equal amount would have to be given to each of the Hooper stockholders. Dave White, a stockholder with his wife, Eleanor Hooper White, reasoned, “Well then cousin Jim certainly needs a Rolls Royce or Bentley.”

[2] Just as Yale SOM Professor Ivan Lansberg had predicted, the transition and succession issues were the ones easiest to spot and the hardest to cope with in real life. Jimmie told the Board of Directors that he would retire in December, 1987. He did not. The biggest surprise was that my father, Laurie, retired in February, 1988. He was finally getting out from under the shackles of the quicker-thinking older brother. Dad accomplished a one-ups-manship that tasted so sweet. He carried through with an earlier threat, “Maybe I’ll retire.” Jimmie had thought his brother was bluffing. Jimmie lamented, “Why did Laurie leave now? I always thought that I would be the first one to retire! What triggered his departure?” How does someone answer the question that is so marked with disappointment and scarred with lacerated feelings of a family nature? Maybe I was the one who helped Dad navigate his feelings. I mitigated the steam, provided the distraction, diffused the tension. Whatever the case, Dad saw the opening, and for once in his life, he darted through it. That unexpected act was a coup de grâce for someone who perhaps felt that he had no surprises left in him. It was nice to witness the unexpected and see the resulting joy.