Shell Legends and other Tales from the Camino de Santiago

There are also many pre-Christian stories about the scallop shell that are believed to have originated much earlier. The tales state that a reason to go on the pilgrimage to Santiago was to become fertile. Young men and women would walk the paths, pray in the local churches, and hope that God’s blessing would grant them children. Some farmers walked the paths to grow good crops and have a bountiful harvest. The fertility myths could be related to the fact that the scallop shell is believed to have been a pagan symbol of fertility. 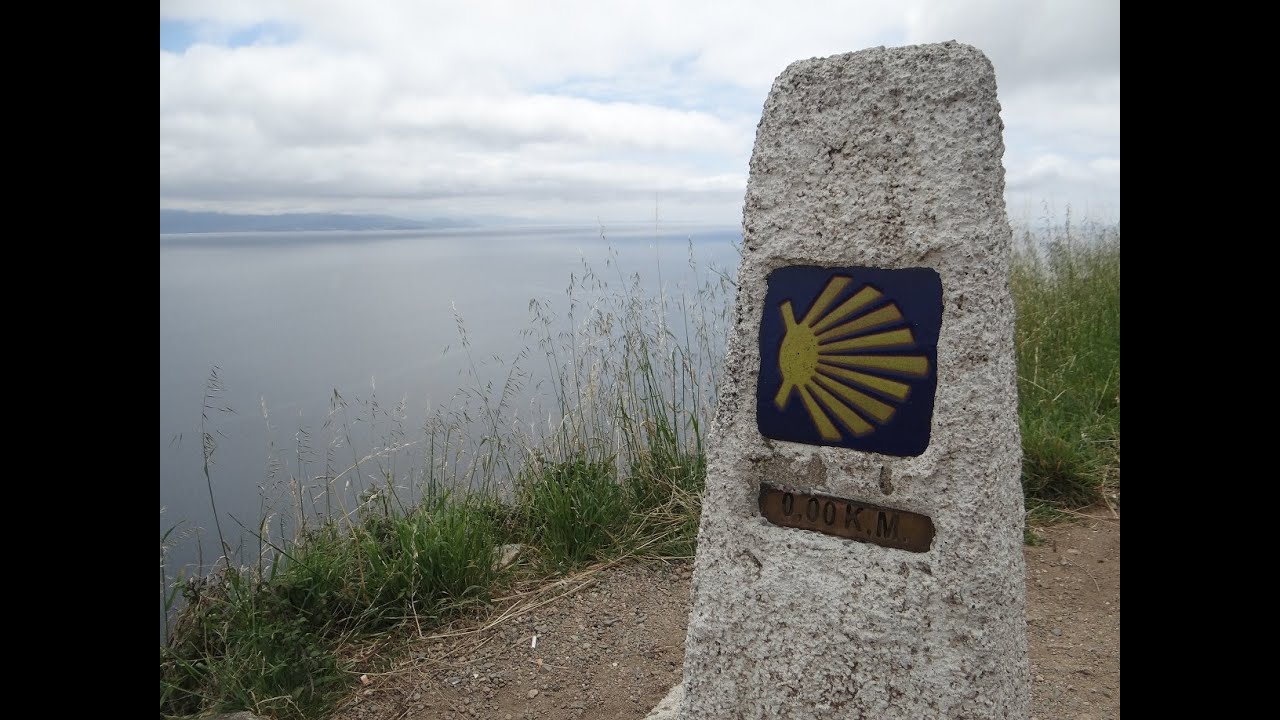 The scallop shell is one of the most iconic symbols of the Camino de Santiago and today it is used, along with the yellow arrow, to guide pilgrims heading to Santiago de Compostela along its many different routes. Painted on trees, sidewalks, tiles, and other places, the scallop shell (or ‘vieira’ in Spanish) helps travelers find their way.

It is no coincidence that in French the scallop is called Coquille Saint Jacques, while in German scallops are called ‘Jakobsmuscheln’ (James mussels). The scallop shell is a metaphor: its lines representing the different routes pilgrims travel, starting from all over the world, walking trails leading to the tomb of Saint James in Santiago de Compostela. However, the direction of the right path is open to interpretation. For example, which side of the shell points to Santiago? Is it the hinge or the opening side? In some regions, the scallop’s longest raised line is considered the one pointing towards Santiago.

There are some traditional routes and some non-traditional ones, all claiming to be an integral part of “The Way to Santiago.” For example in Asturias, you could be walking the Original Way, or Northern Way, and some parts of the Portuguese Way. All of these trails claim to be authentic.

Whichever way a pilgrim chooses, the scallop shell remains the symbol of the Camino, reassuring the walker that they are on the right path! Most of the time the scallops are placed next to a yellow arrow. The arrow, which points in one direction, helps remove any confusion as to which way the shell might be pointing to guide the pilgrim to Santiago. As in the image above, sometimes there are mixed messages. According to some books, the Medieval pilgrims, called “peregrinos,” often wore a scallop shell attached to their cloaks, knapsacks, or hats during their journey to Santiago. More than just a symbol or badge, the scallop shells also had a practical purpose: they were a handy and light replacement for a bowl. Pilgrims could use them to hold their food and drink on their long journey. Peregrinos were offered food at churches and other establishments, and a scallop shell scoop was the unique measure for the food they would be donated.

The accompanying gourd is for water along the trail. Water is scarce in parts, such as the Meseta, so having something in which the pilgrim carries water is critical. Peregrinos often carry “camel backs,” canteens, and other water carrying devices.

Since the bivalve shell – the scallop – is native to the coast of Galicia, it has also become a memento of the Camino. Carrying a shell is a physical proof of having completed the pilgrimage to Santiago (and quite often walked further to the coast or Finisterra, on the Costa da Morte). The shells could be picked up at the very end of the journey in Finisterra but also became a popular souvenir and source of business for the shops near the Cathedral in Santiago and other establishments along the way.

The shape of the scallop shell also resembles the setting sun, which would have been an important daily event, full of symbolism in pre-Christian societies. It is probably not just a mere coincidence that the Saint James Way is a journey to the West, finishing at the ‘end of the world’ (the translation of Finisterra) and the end of the day with a setting sun.

Those on the journey to the end of the earth, are also headed to the end of life. Many believers dive into the ocean at Costa da Morte (Death Coast) to be reborn to a new life. Others burn their camino clothes and put on new clothes after the baptism in the cold waters. Whatever rituals the peregino follows, the Camino trip can be transforming.