Seizure Diaries: Keeping Up with my Brain

Well, where should I start this diary entry? I guess I will think back to October, 2016. That was the month when the neurologists implanted the NeuroPace device in my head. http://www.neuropace.com/.

After the brain operation, I had to wait one full month, before my doctor could activate the NeuroPace device. Despite the claims of many people having major reductions in seizures, I have still been averaging between 40 and 50 seizures a month! The first four months post-op were the worst. I was still having regular Gran Mals and Petit Mals during that time.

Over the last couple of months, I have noticed a change in my seizures! Yes, I still get the Gran Mal and Petit Mal type of seizures but the seizures I am experiencing don’t last as long. I am also more aware of everything that is happening around me, while the seizure is happening.

There are forty types of seizures out there! I originally thought that this was more what is called an Aura, which usually happens prior to getting a seizure! My version of the Aura is difficult to explain: if another person is speaking, all I hear is jibberish. The episode lasts from ten to twenty seconds! My doctors are telling me that this is another form of seizure. 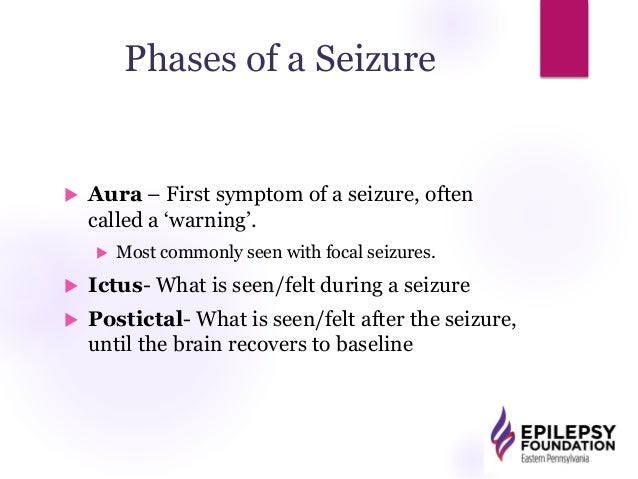 The good news is that the quantity of seizures has been reduced. Yes, I do have them but for the past 30 days, for instance, I have had one Gran Mal and fourteen Petit Mal. The rest have been what are called, Focal Seizures. I have had 25 of those!

Once a month, I return to my doctor and she adjusts the intensity of my implant. This adjustment process will take anywhere from six to twelve months! Along with my doctor, the monthly meetings include reps from NeuroPace. According to everyone on the team, I am a difficult case. This is because of the way my brain is formed and they love the challenge!

The implant has four wires that attach to the device, but right now only two of the leads are actually attached to my brain: one on each hemisphere. The other two wires are rolled up under the implant for now and, if needed, they too can be attached to electrically appropriate parts of my brain!

This is where we are for now!