As former owners of boutique inns on the North Oregon Coast, Tracy and I spent a lot of time driving back and forth from Portland to the beach. To help enrich the room books for our guests, we researched and wrote the following history of the town of Arch Cape and our Inn, called The Inn at Arch Cape.  The town of Arch Cape, along with the community of Falcon Cove, have their own unique quiet charm.

Arch Cape, named for the natural basalt rock arches found in the area, is a small residential community nestled between Hug Point State Park to the north and Oswald West State Park to the south. People seeking the solitude of the Oregon Coast and the splendor of the beaches have flocked to this small town for generations. It is also a haven for storm watchers, who love the relentless forces of nature.  Approximately 225 people live year-round in Arch Cape, another 300 or so are permanent residents around the mountain (or through the tunnel), in Falcon’s Cove. The two communities are tied together by US Route 101. Their shared newsletter is called Tunnel Echoes.

At low tide our stony beaches give way to soft sand which offers miles and miles of walking, beach combing, and exploring. Beach access is just one-block west from the Inn at Arch Cape: walk left from the Inn along the rustic residential lane and follow the sign directing visitors between houses to the beach.

Three small, local creeks (Arch Cape Creek, Short Sands Creek, and Necarney Creek) flow west from the coastal range to the sea, where pounding ocean waves break on the monolithic rock formations. There are lots of hiking trails along the creeks in the area to explore too!

Many people believe that the cannons from the Civil War era vessels were discovered on Cannon Beach, Oregon, but longtime residents of Arch Cape know better. The Austin homestead, settled in the 1800’s, was the place where the first cannon was found. The patriarch of the family dragged the rusty and heavy cannon up from the beach, mounted it on a wooden stand, and allowed all comers to take a look at this prized cargo found on their beach.

Picture of cannon in Arch Cape in 1926. Juanita Kincaid and Robert Kenney are seated on the cannon.

Our Arch Cape neighbors are often seeing how they can improve the community. Occasionally a neighbor seeks new zoning for some renovations. Stay tuned for new residents and business owners who may be drawn to the area in 2014 and beyond.

The Inn at Arch Cape History

The Inn at Arch Cape has had its collection of owners and stories over the years. And its history is intertwined with mail delivery, groceries, a deli, and lodging on the Old Oregon Coast. The original structure was built in 1939 by Ernest White, who constructed his beach house north of the newly excavated Arch Cape tunnel, which completed the final stretch of the Pacific Coast Highway. The three room building was known simply as “The Beach House” in the early years, and later as the “Old Post Office.” The original rooms served as the White’s lodging, as well as the Arch Cape Post Office and General Store. Mrs. Ross White, Ernest White’s mother, ran the post office for the town. In the 1960’s the name was changed to the Inn at Arch Cape.

In 1946 the building was enlarged, adding two ocean side apartments, which were available as nightly rentals. The building changed hands and was owned by the Hurd, Peckover, Smith, and LeGault families over the next decade, mostly with the women in the families serving as post mistresses for the locals’ mail boxes. Ethyl LeGault, who owned the property in the early 1950’s, built a larger General Store and deli south of the Inn at Arch Cape in 1960. The deli became the daily stop for local Arch Cape news and gossip. LeGault was a beloved neighbor and she ran both the General Store and lodging properties successfully until she died in 1971.

The top floor layout of the Inn has been remodeled over the decades. The original Post Office was situated between what are now Rooms 3 & 4. This space served as the Post Office for the town until 1960, when it was moved to the General Store, south of the Inn. New guest rooms, garages, porches, and the fire pit were added over the years, but the Inn has maintained its intimate and cozy appeal. 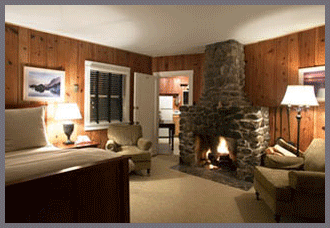 Janice Tarr had spent summers in Arch Cape as a child, when visiting with her family from Ohio, and she remembers when the Inn was called The Beach House. Jan bought the Inn and the property just west of the Inn in 1981, and she and her husband Bob continued making improvements to the Inn, until selling it in 1988. The Tarr’s have stayed as next door neighbors and are featured on the mural in the back yard. The Inn changed hands a few more times, before coming to the current owners, Chris Anderson and Heather Newman, who bought the property in 2016. They have worked hard to make the Inn consistent with the style and manner of the north Oregon Coast, while adding some modern amenities that keep our loyal customers coming back year after year. 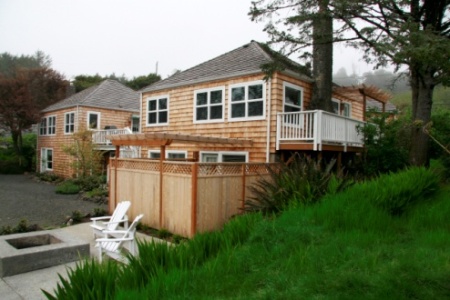 Thank you for your comments on how to improve the serenity of the Inn. We have heard the comments and recently built a fence to make the rooms facing the Pacific Coast Highway quieter. If there is anything we can do to make your stay or return visit more enjoyable, please let us know.

Welcome to The Inn at Arch Cape!  How do you say, Happiness? 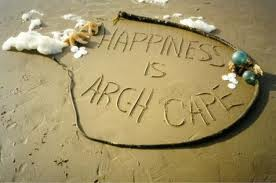 The Pacific Coast Highway from Arch Cape to Manzanita, Oregon

The panoramic view above is looking south along the Oregon coastline.  The picture was photographed in 1915 from the steep slopes of Neah-kah-nie Mountain by Wesley Andrews, a producer of scenic view postcards. This is one of the treacherous trails that took travelers on foot over the mountain, connecting the beach trails from Arch Cape on the north with the beach visible in the distance. The trails had been in use for centuries by native Clatsop, Chinook, and Tillamook Indians and their neighbors.

For coastal Indians, travel until the early 1800’s was either on foot or by canoe. Canoes were suitable for major rivers and tidal estuaries, such as that of the Nehalem River, visible in the distance in this photograph. However, sea-going canoes were not common along the Oregon Coast, with its crashing surf, high winds, and strong and often erratic tides and currents. South from the Columbia River, the beach was paralleled by a series of dunes, lakes, and connecting sluggish streams, and travel on foot or by canoe was possible as far as present-day Seaside. From there, travelers had to climb on foot over densely-timbered Tillamook Head to reach Cannon Beach, where a few more miles of sand led to Arch Cape.

South from Arch Cape, the trail led through timber and across wind-swept hillsides over Arch Cape, behind Cape Falcon, and finally along the treacherous face of Neah-kah-nie Mountain, “the terror of travelers,” as historical geographer Samuel Dicken put it. Composed of splintering shale, sandstone, and basalt, the 1,700-foot high headland has a western slope “as steep as the roof of a house and as it approaches the sea the slope breaks off in an almost vertical cliff, nearly 500 feet above the sea,” according to Dicken. The Indian foot trail, skirting the top of the cliff line to avoid climbing over even more loose rock, persisted well into the 20th century, gradually widened to permit horses and livestock to use the route. By 1915, it was possible to bring a horse and buggy over part of the route, as depicted in the photographs above left and below left. 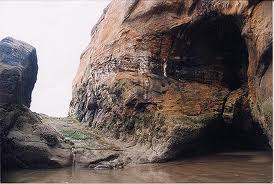 The Oregon road builders had promised to make the area passable via automobiles to expand the home sites along the Oregon coast.  The legislators and highway department were intent on completing an Oregon coastal highway in the 1920’s and 1930’s; however, they found Neah-kah-nie Mountain to be among their most formidable obstacles to the completion of their vision. 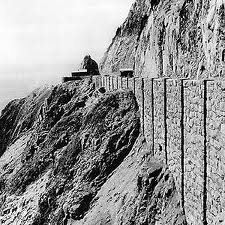 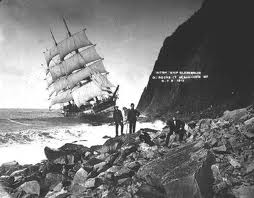 The coastal river mouths demanded the construction of a succession of immense bridges, a project that was completed in 1936. However, the coastal highway between Seaside and the Nehalem River still looped inland some dozen miles to the east around Onion Peak, thwarted by Neah-kah-nie Mountain.

During the late 1930’s, a tunnel was blasted through the ridge of Arch Cape and high steel bridges were erected to span Arch Cape Creek, Short Sands Creek, and Necarney Creek. US Highway 101 was finally opened along the entire length of the Oregon coast in 1940.  The photograph to the left below was taken soon after the tunnel opened to through traffic.