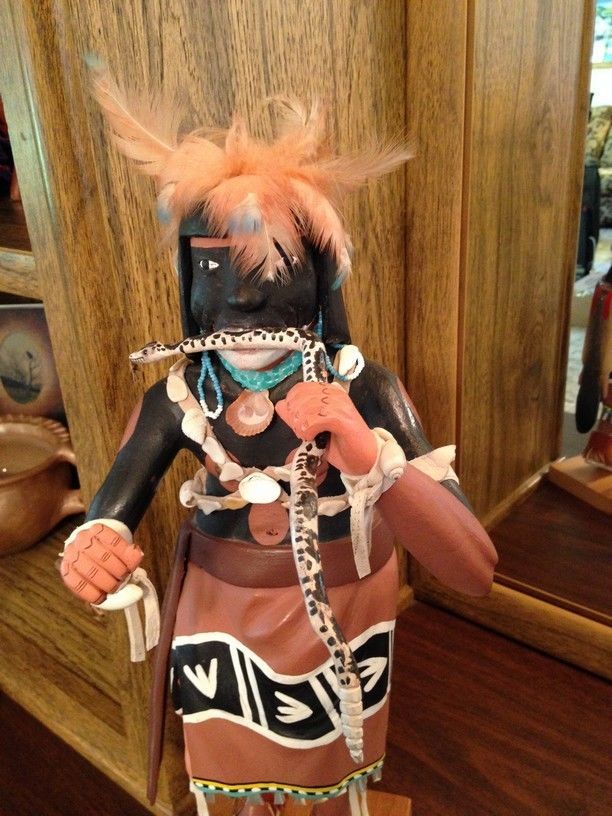 The Snake Dancer Katsinam (Chusona) is a rarely carved Kachina figure, and in some communities it is not considered a Kachina at all, but a person in society. This clan ceremony is believed to be one of the most sacred among the Hopi. When a snake is found, the Snake Dancer captures the serpent and dances with it, usually putting it in his mouth.

The tribe paints or weaves the serpentine image into the skirt of the dancer, and the clan paints the face of the dancer with the black smut from cheeks to forehead. The dancer also wears a black wig covered with feathers or branches. They often have a fox pelt hanging from the back of their waist belts.

The ceremonies are not usually open to the public; instead they are closed private affairs, keeping sacred many of the specific intentions. When the dance is completed, the Chusona returns the snake to its home territory and sends a message back with the snake to Mother Earth. The Snake Dancer requests that Mother Earth grant the wishes of the tribe, which usually ask for good health, seasonal rain and a bountiful harvest.

After the ceremony, the Dancer remains solemn for a period of days while requesting that Mother Earth grant the wishes of the People. 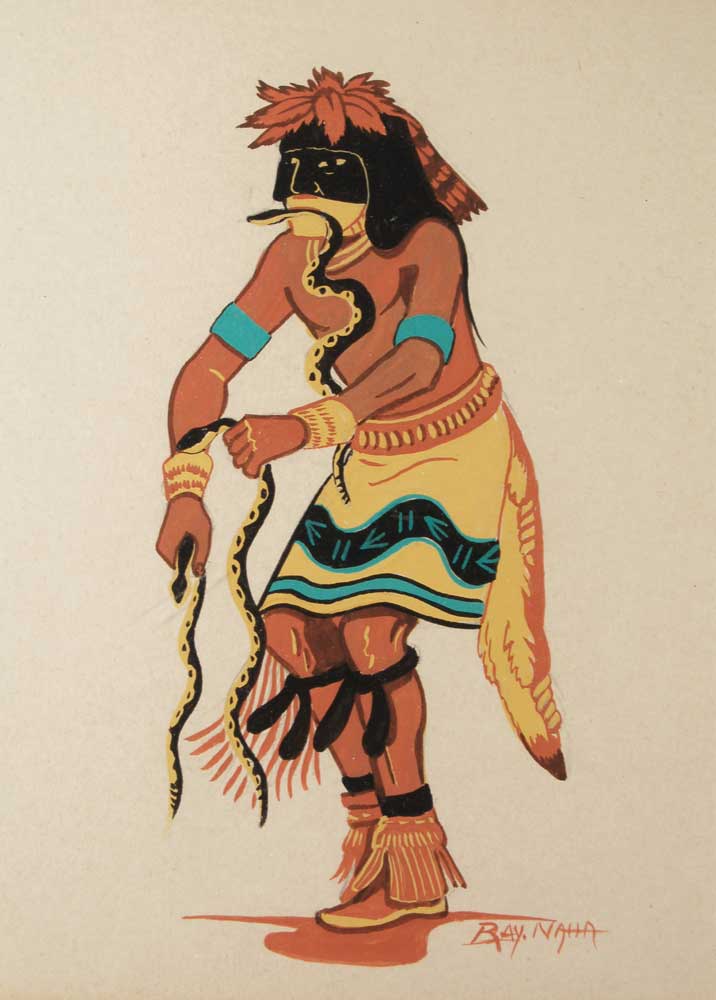 The Snake Dance has always been an intense fascination for non-Hopi people, and consequentially, effigies of the Dancer have been carved and painted for many years.[1]