One particular bird species, the Red Knot, seems to have its life cycle geared to the spawning rituals of the Horseshoe Crab. While this large sandpiper breeds in the high Canadian Arctic, it coasts around the world to the southern tip of South America, traveling more than 9,000 miles in its annual migration. Theirs is one of the longest flight patterns of any bird on earth. It’s sandpiper cousins, in adjacent hemispheres, have the similar migration patterns from Northern Europe to South Africa, and from Eastern Siberia to Australia and New Zealand, but they are not the same.

The Red Knot is the second largest sandpiper (in size) and it fuels itself for these long transcontinental migrations with a voracious appetite. They eat everything with protein in sight. Knots mostly eat sand spiders, arthropods and larvae, which they find in profusion by pecking their beaks into the soft sand beaches and mud flats. In the summer they are not visual feeders, but feet feeders, using instead their ability to detect mollusks buried under the surface from changes in the pressure of the water. They use what are called the Herbst corpuscles in their bills to detect a morsel to eat.[1] An amazing feet! (pun intended)

During migration the Red Knot adopts the visual feeding pattern, capturing surface food that populates its feeding grounds. Interestingly the Red Knot shows up along the Eastern Shore of Maryland, Delaware and New Jersey right around the high tides, just at the eggs of the Horseshoe Crab are being fertilized. Their migration is perfectly synchronized. The knots consume vast quantities of Horseshoe Crab eggs and then some.[2]

A recent opinion piece by Drs. John W. Fitzpatrick and Nathan R. Senner covered in the New York Times, discusses the extinction of shore birds, particularly the long migration birds like the Red Knot. It is an alarming piece worth the time, attention and action by all bird lovers. 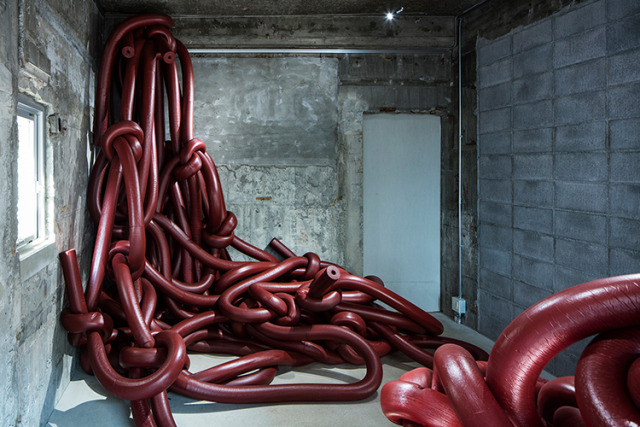 A Tangle Of Deep Red Knots 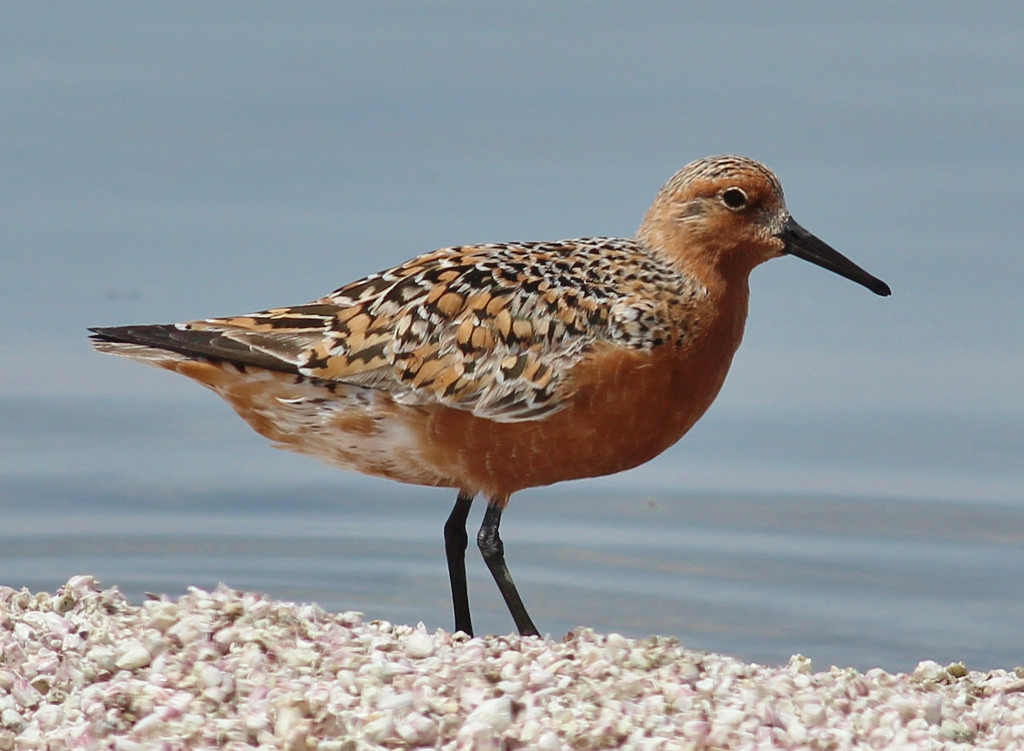