During Sunday Mass, I am sometimes struck by words that I had not heard before. Or, more correctly, words I have heard before but have not understood. Perhaps this post is more about my poor listening skills than my vocabulary. Yet it is on Sunday mornings afterall, and some priests do drone on and on … The word I have re-heard lately is Oblation. Since the word is not repeated by the congregation, but only recited by the priest, I may be more involved in my own thoughts than listening to the liturgical prayers. I decided to look around the internet (wikipedia and the like) and found some interesting references to the word that I will share in this Word Smith.

The meaning of the word oblation is an offering (Late Latin, oblatio, from offerre, oblatum, to offer). It is a term used, particularly in ecclesiastical use, for a solemn offering during the mass while the congregation recognizes the presentation of gifts or the intentional sacrifice to God (as in prayers, weekly collections, or offerings).[1]

The Latin Vulgate and many English versions of the bible, such as the King James Version, 1611, use the word oblation to stand for the the meal offering of bread and wine under the Law of Moses.

The word oblate is also an ecclesiastical term for persons who have devoted themselves or have been devoted as children by their parents to a monastic life. Oblate is more familiar in the Roman Catholic Church as the name of a Religious Congregation of secular or diocesan priests, the Oblate Fathers of St. Charles. They are placed under the absolute authority of the bishop of their diocese and can be employed by him on any duties he may think fit. This congregation was founded in 1578 under the name of Oblates of the Blessed Virgin and St. Ambrose by St. Charles Borromeo, Archbishop of Milan.

A similar congregation of secular priests, the Oblates of Mary Immaculate, was founded at Marseilles in 1815. 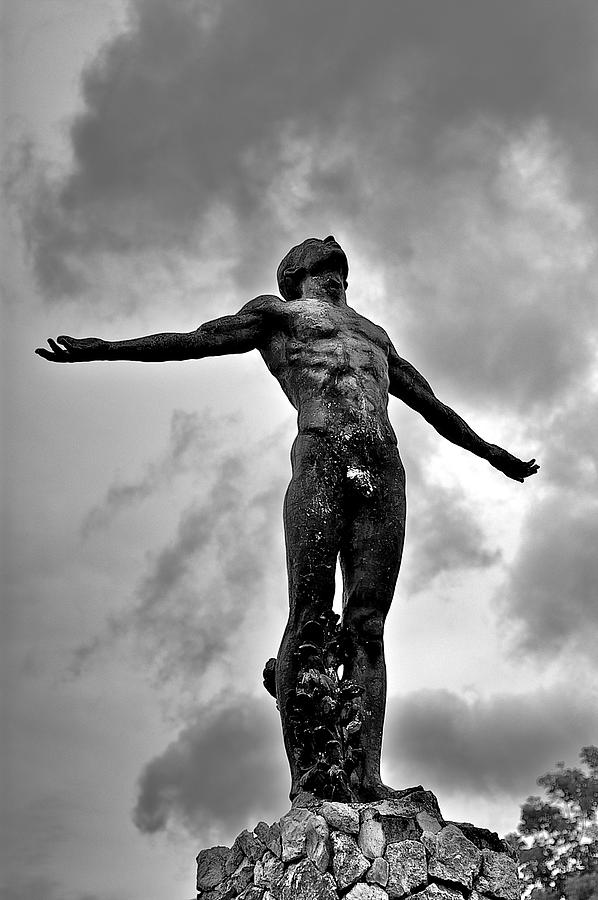 In the prayers of Offertory during Catholic Mass the words are:

Therefore, Lord, we pray:
Graciously accept this oblation of our service, that of your whole family; order our days in your peace, and command that we be delivered from eternal damnation and counted among the flock of those you have chosen. (Through Christ our Lord. Amen.)
————————————————————————————–
References:
[1]  https://en.wikipedia.org/wiki/Oblation
[2]  https://www.google.com/fineartamerica.com/oblation-statue-arj-munoz.htm