Ixion lashed to the Wheel in Tartarus, 1731 by Bernard Picart

On Palm Sunday afternoon, the Bravo Chorus and accompanying orchestra sang and played the glorious chords and rhythms of the Requiem by Maurice Durufle. In his third movement, called Domine Jesu Christe, Durufle writes,

“Lord Jesus Christ, King of glory, free the souls of all the faithful departed from the punishments of hell and from the deep abyss. Deliver them from the lion’s mouth so that Tartartus does not swallow them and that they do not fall into darkness.”

I was not sure what Tartarus was. Could it be the name of a lion or of a Biblical figure or of hell? I had heard references to Gehenna in the New Testament, but not Tartarus. Gehenna was the refuse dump outside Jerusalem that was always on fire. Jesus said hell was a place of worms, maggots, fire, and trouble. From that we get the image of a lake of fire and the concept of perpetual burning. Still unsure what Durufle was saying, I searched the internet for some clues and had to go Greek.

Tartarus, Mythological Prison of the Damned

In Greek mythology, Tartarus is the name both of a deity and a place. The deity, Tartarus, is a primordial being that existed before the Olympian gods and their predecessors, the Titans. Tartarus, the place, is far better known than the deity. Initially, Tartarus was imagined as a great pit beneath the earth, which served as a prison to those who threatened the Olympian gods. Later on, however, it was re-imagined as a type of Hell, where those who had committed heinous crimes while living were punished in the prison of after life. 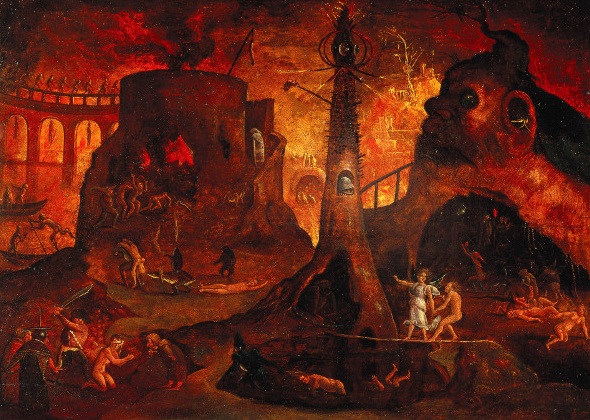 In Hesiod’s Theogony, Tartarus is one of the first beings to emerge at the creation of the universe, and was the opposite of Gaia (Earth),

“First came the Chasm; and then broad-breasted Earth, secure seat forever of all the immortals who occupy the peak of snowy Olympus; the misty Tartarus in a remote recess of the broad-pathed earth.”

The difference between the two figures is that Gaia features more prominently in Greek mythology, particularly in the myth explaining Kronos’ rise to power and his overthrowing of Ouranos, his father. In the process, Gaia, though purely elemental, is transformed into something that Hesiod’s readers can perhaps relate to better. Gaia came up with a trick to castrate Ouranos, spoke to her children, the Titans, and was delighted when Kronos agreed to carry out her plan. Tartarus, by contrast gets no such treatment in the myths.

Above, Francisco Goya depicts the outcome of the Titan Kronos, when he fears that he will be overthrown by his son, decides it is better to devour him than lose power.

Tartarus a demonic place of torture

As a place, Tartarus was imagined to have been an inverted dome. The Greeks imagined the cosmos to have been egg-shaped or spherical. This cosmic sphere was divided into half by a flat disc of earth. The upper half of this sphere formed the dome of heaven, while the bottom half formed the pit of Tartarus. In Hesiod’s Theogony, the distance between Heaven, Earth and Tartarus is reported as follows, 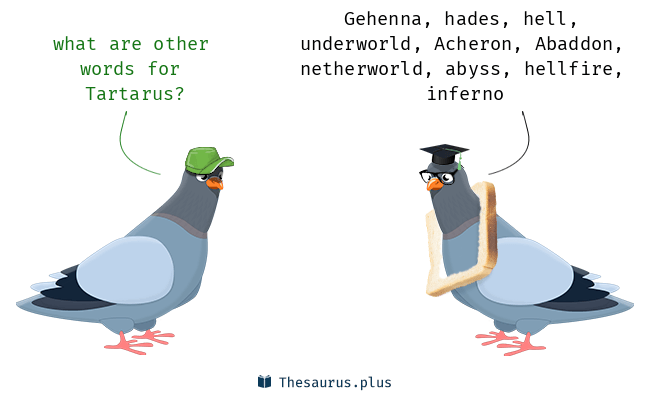 “And the Olympians dispatched the Titans in painful bondage, having defeated them by force for all their pride….There the Titan gods were hidden away down in the misty gloom, by decision of Zeus the cloud-gatherer, in a place of decay, at the end of the vast earth. They have no way out: Poseidon fastened brazen doors thereon, and a wall is driven up to the doors from both sides. There Kottos, Gyges, and brave Obriareos live, trusty guardians of Zeus who bears the aegis.” 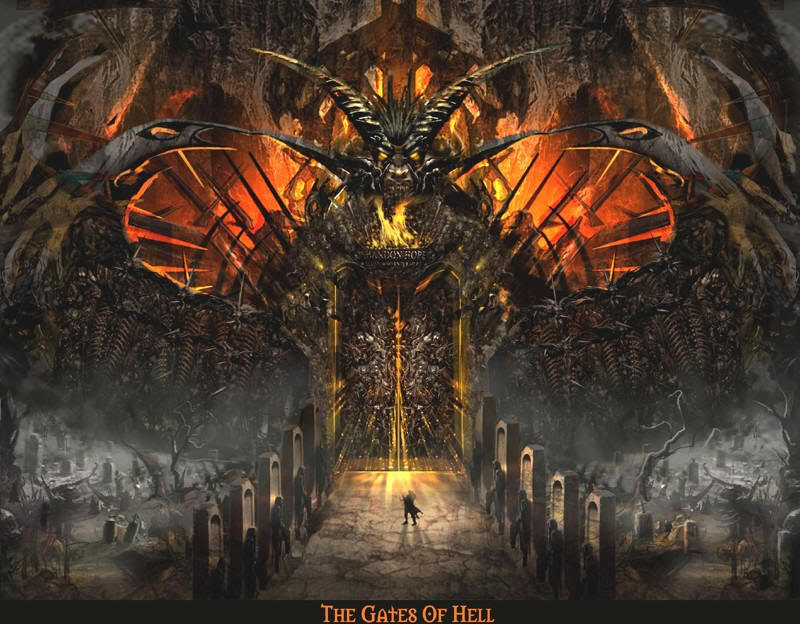 Tartarus, the Gates of Hell

Later on the Greeks re-imagined Tartarus as not just a prison for the Titans and other great enemies of the Olympians, but also as a place of punishment for those who committed terrible crimes. As a realm where the wicked are punished, this view of Tartarus serves as a contrast to the concept of Elysium, or Heaven, where the righteous are said to reside.

Some well-known characters who were said to be punished in Tartarus include Tantalus, Sisyphus, Ixion, and the Danaïdes. There are a variety of crimes that could result in a person being punished in Tartarus, and the punishments are supposed to fit the crime. In Virgil’s Aeneid, Aeneas’ journey through the Underworld is described with much detail. At one point, the hero is told about the criminals and punishments of Tartarus by the Sibyl:

“Immured in this place and waiting for punishment are those who in life hated their brothers, beat their fathers, defrauded their dependents, found wealth and brooded over it alone without setting aside a share for their kinsmen – these are the most numerous of all – men caught and killed in adultery, men who took up arms against their own people and did not shrink from abusing their masters’ trust…. Some are rolling huge rocks, or hang spread-eagled on the spokes of wheels…. If I had a hundred tongues, a hundred mouths and a voice of iron, I could not encompass all their different crimes or speak the names of all their different punishments.” 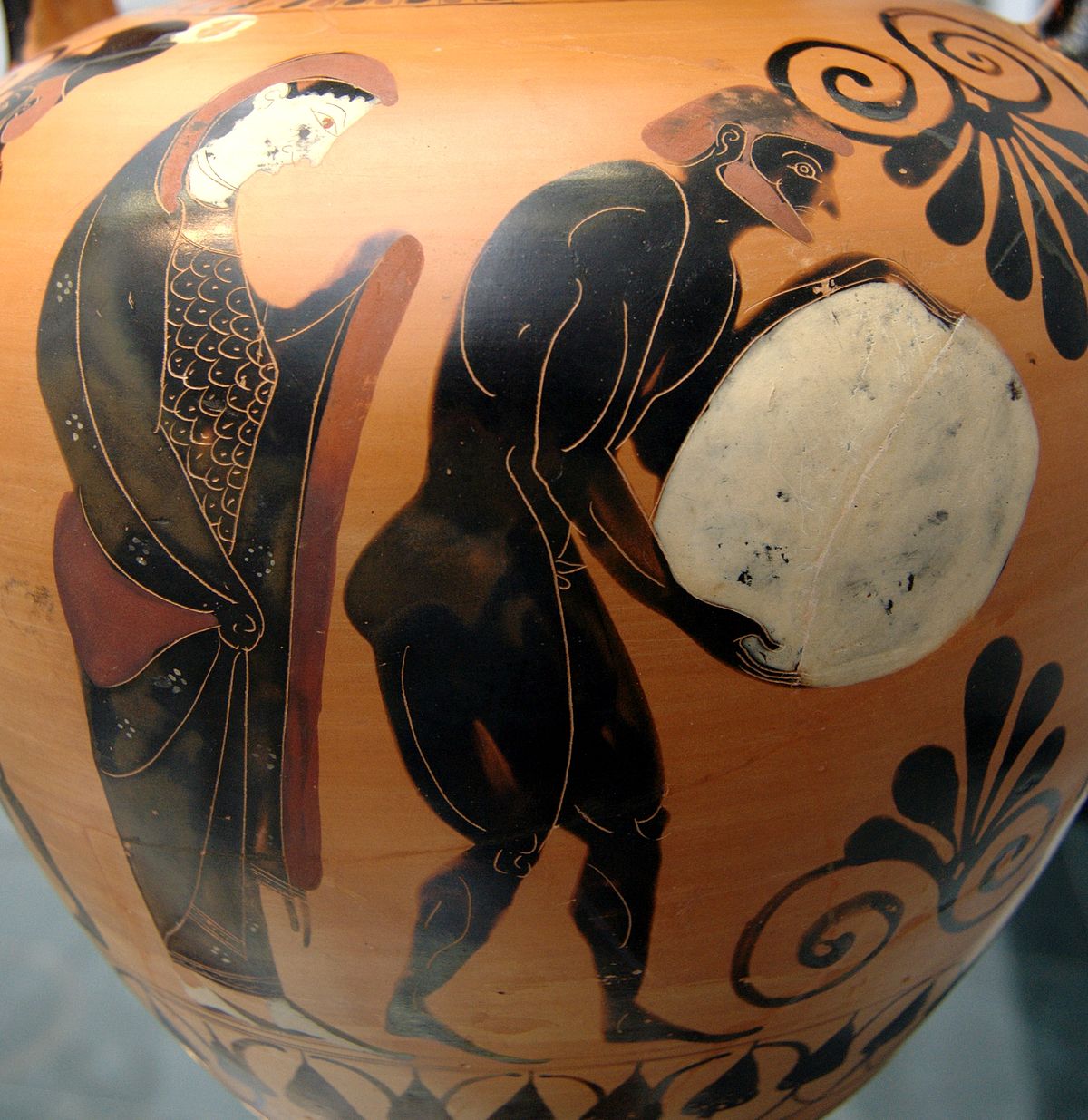 Hieronymus Bosch, close-up of Hell panel from, The Garden of Earthly Delights (c. 1510)

Tartarus has gone on to become a place of folk lore. It is a territory of torture in lots of modern day video games, deviant art and fairy tales. Stay tuned. The ever-expanding list of fantastic creatures and forms of imprisonment are growing exponentially, giving new life to this ancient Greek myth and its Pit of Pain. 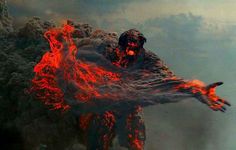 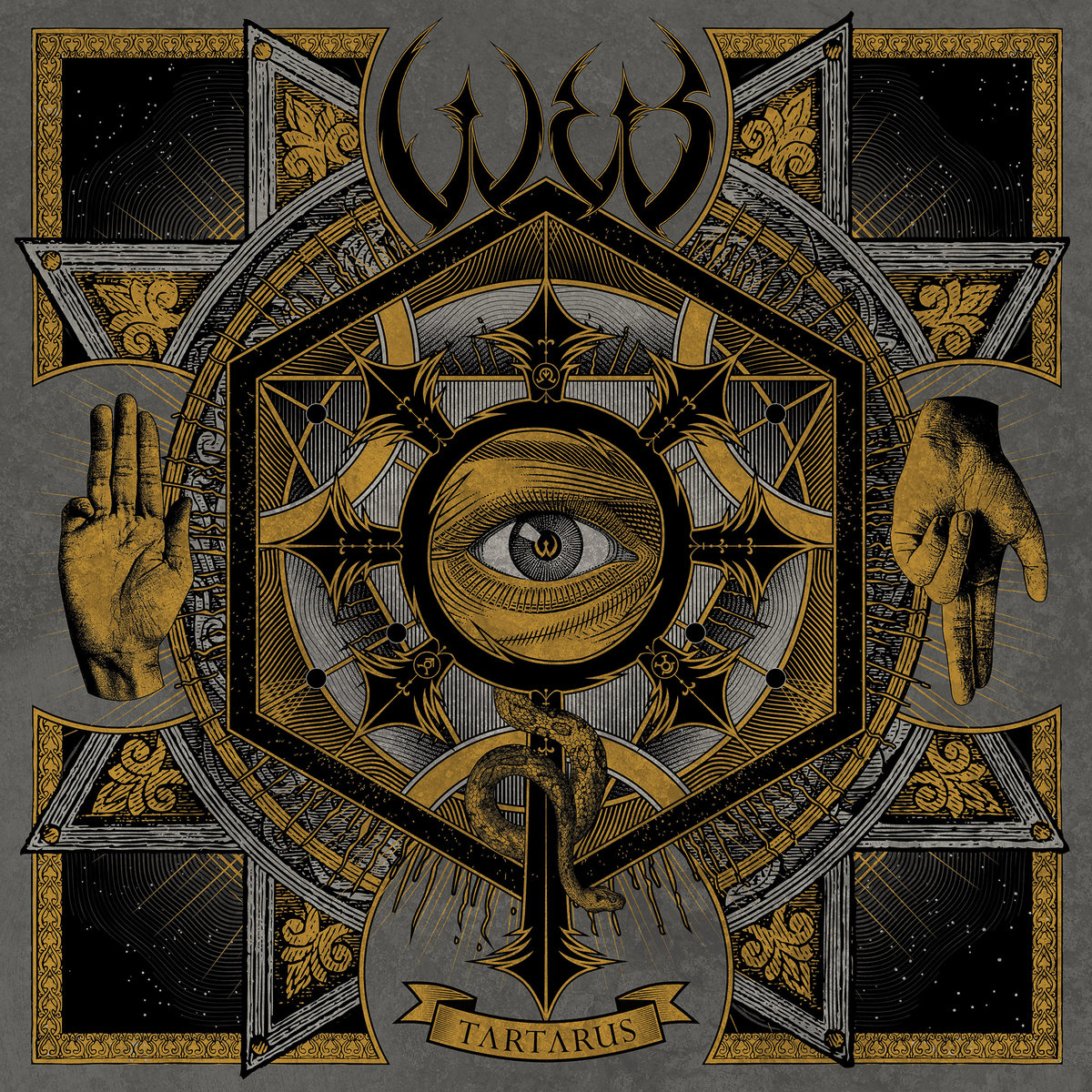