Tales from the Camino: Flowers

The variety of plants, both cultivated and wild, is extraordinary. Depending on the season, all pereginos are treated to a smattering of flowers and lots of color. The most remarkable color for me was purple. Having never seen the sheer number of purple colored flowers in one area, the Camino is a true gardeners paradise. The wild flowers we first identified were Yarrow, Queen Anne’s Lace, Honey Suckle, Lovage, Heather, Morning Glory, Fennel,  and Geraniums. We also saw Pernod smelling Elderflowers and Merendera Montana, whose purple and yellow hues were alongside our path as we started our trip.

It is impossible to talk about the Camino without mentioning Sunflowers and Poppies. We feared we were too early for the Sunflowers and too late for the Poppies, however, to our delight we saw both of these in full flower. The cultivated Poppies had already gone to seed, but the wild versions were a constant bright red reminder of the strength of the strain. The Sunflowers showed their best faces, when we neared the mid-point in the Camino and they were rotating with the sun, as promised. We spent about an hour in the Sunflower fields basking in the glory of their bright yellow best.

The Hollyhocks, Chicory and Witches Broom were everywhere, like roadside hitchhikers. And the trees were nearly all at climax range. Whether they were pines, oaks, poplars, cedars, or cottonwoods. There were lots of places where we had no shade at all, so we longed for the cover of trees for some of the hot days on the Camino. There will be another Camino Tale about trees and shrubs, as it is another long compendium of pictures – tales-from-the-camino-trees-and-shrubs

Below are some pictures which show the different colors and textures of the plants in northern Spain. It is far from complete, but it gives a flavor for the beauty. The Petunias, Bachelor Buttons, Geraniums, Roses, Echinacia, and Blanket Flower were all so well tended, the gardeners must be proud of their green thumbs. The cultivated fields were the places to find grasses of all shapes and sizes. And, of course, we saw lots of Thistle. There are more shades of Thistle flowers than I have ever seen before: purple, yellow, pink, blue, and rose. I have thrown in a few “flower-like” images below for variety and color.

[As an aside: there was a severe Spanish drought during the summer of 2017, which left the wheat significantly shorter and browner than it was supposed to be for late June and early July. The stunted growth of the wheat, corn and other grains made for a bad year for bread and other dietary staples.] 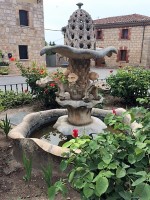 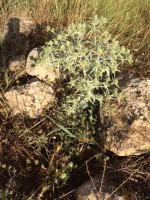 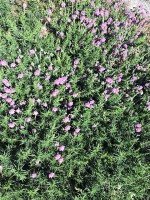 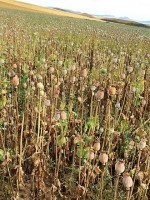 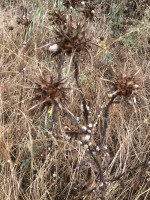 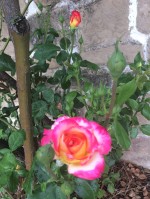 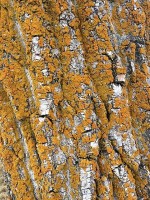 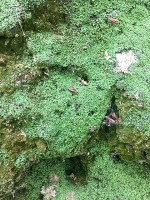 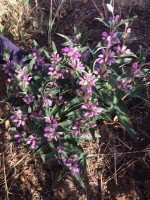