Tales from the Camino: Fennel

As Mary and Lindsey Klaff walked with my wife, Tracy, and me on The Way, there were lots of interesting plants by the roadside. One of them was wild fennel. When the snails were not munching on the new growth, its bright yellow flowers were everywhere. With a smell like licorice and a taste with hints of mint and dill, the flowers were easy to chew and then spit out, leaving a long-lasting flavor to savor on the pallet.

On the morning we left Logrono, I spotted what appeared to be mature and ready-to-harvest fennel seeds up a near-by hill. Making the short climb and grabbing a bunch, I handed them to my sister, Mary, and suggested she have a taste. To our collective surprise, she nearly gagged and quickly spat out the seeds and coughed. Tracy yelled, “Shit, Henry. What the heck? Are you trying to kill your sister?” 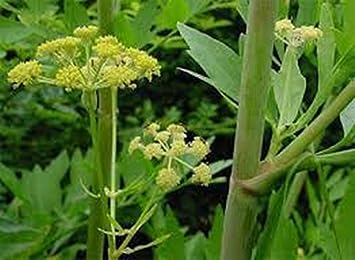 Sheepishly I apologized and went off to find the real fennel, but to no avail. The damage was done. My ‘street cred’ as a botanist was shot in the head. I had picked some lovage seeds, which did look a lot like fennel to me, but taste like yuck. Too late.

Our German friend, Christian, repeated Tracy’s words to me with some added expletives and even said it again the next day, “Shit, Henry! What the hell? Are you F—ing, trying to kill your sister?” Tracy claimed that she had not said the f— word, but Christian was too busy laughing to pay any notice. No more roadside tasting recommendations from me. Sorry, sis.