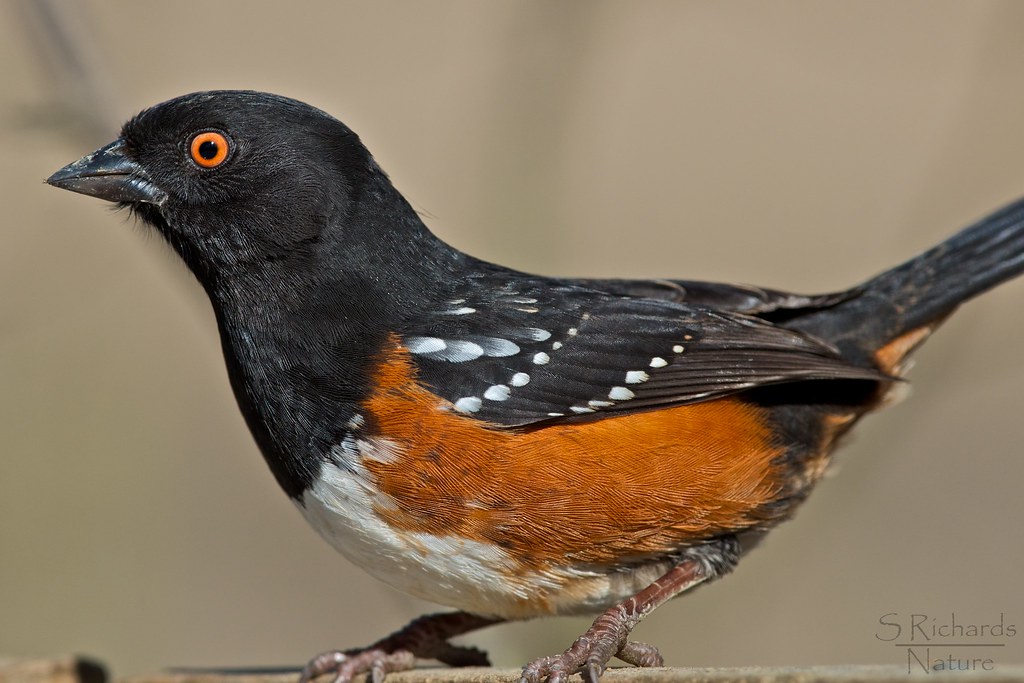 Image of Towhee by S. Richards, in Nature

“I just got RUFOUSIZED!” is how he shouted it; Forrest Berkley at his most grandiloquent.

Forrest was a hiking companion of mine for many years. He never got in the swing of birdwatching. That hobby takes a lot of time and a ton of patience. It also distracted Forrest from frisbee, storytelling, and other more important things, like lunch and dinner. I spent many hours behind binoculars on those hikes, looking up birds in my guidebooks, trying to learn their calls, writing down my lists and studying them in general. Occasionally Forrest would hear my musings and capture the part that interested him.

“Now that towhee, with the orange/red on its sides, I like the name. I just got rufousized!” Trying to explain how the name was rufous-sided, not rufousized, the conversation ended as Forrest just kept laughing. At least he was interested in birds on the trail! As far as I was concerned, he could call them anything he wanted. And he could make up new words along the way. Why not?

Then at dinner, over Forrest’s Hawaiian delight and rice, I explained that the Rufous-sided towhee species might be split into two subspecies, called Spotted (Pipilo maculatus) and Eastern (Pipilo erythrophthalmus). Forrest would have none of that. Why ruin a perfectly good new word with petty details, like the color of its eyes or sides? I should have known better.

The birds with the most mellifluous calls are fun to learn. The Towhees are near the top of the list. Their calls are like their name, which often is captured as a sing-song version of “Drink your Teee-heee-heee.” I first spotted the Eastern version in Martha’s Vineyard with my friend, Becca Knapp. We spotted them mostly on the ground, as they forage for bugs and larvae in the under-story of trees and bushes near Gay Head Town Beach.

According to Wikipedia, the name “towhee” is onomatopoeic description of one of the towhee’s most common calls, a short two-part call rising in pitch and sometimes also called a “chewink” call, which sounds a bit off, but we can go with that. They are a large new world sparrow by taxonomic standings, but they seem distinct from the common sparrows I spy in Oregon. As a part of local lore, an archaic name for the spotted towhee is the Oregon towhee (Pipilo maculatus oregonus), since dumped back in to the Spotted towhee camp.

In northwestern New Mexico, I also came across the Green-tailed towhee (Pipilo chlorurus), which is a smaller and more modest cousin of the Rufous-sided species. We spotted them nearly every time we visited Chaco Canyon National Historic Park. Sometimes called an Olive-backed towhee, the male of the species does have a sparrow-like chin, and he rocks a sweet rufous crown. So, Forrest, “You are RUFOUSIZED again!”

The towhee family members are great birds to hear, identify, imitate and admire. Throw in the Canyon, California, Collared and Albert’s variations and quite a diverse family it is. 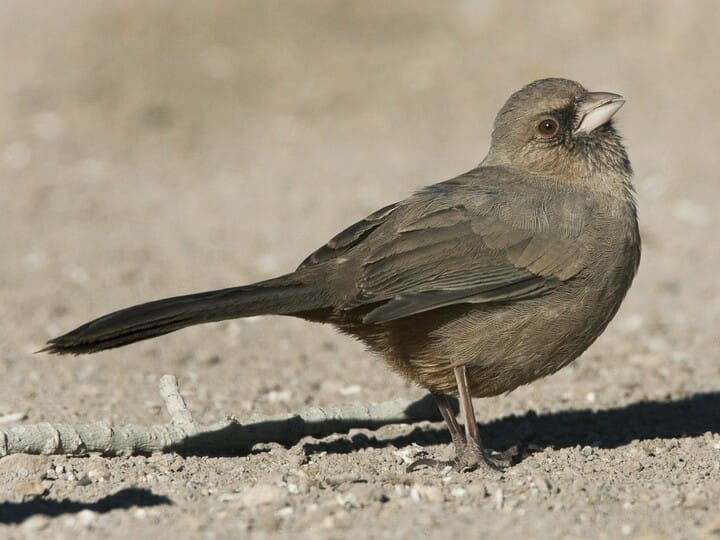