It was just after 6am and the motley crew of common mergansers paddled along the shore of the Willamette River. They had recently dined on some small fish in the river and they were content to stay off shore about five feet, just out of the reach of the local canine crowd. There were no breeding males with the flock this August day, as all of the birds had their distinctive light brown-red heads and grey backs. Their white collars were just visible above the water-line and their Mullet hairdos were prominent.

The male, when it is breeding has a more strident look of mallard-like dark green, white neck and breast and red bill. The non-mating male and immature mergansers resemble the females.

According to Audubon, this fish-eating duck is the typical merganser of freshwater lakes. Its flocks are usually small, but these may combine into big concentrations sometimes at large reservoirs. Common Mergansers living along rivers may spend hours resting on rocks or on shore, while they usually nest and sleep in the hollow of trees. The British call this diving bird the “Goosander.”[1] 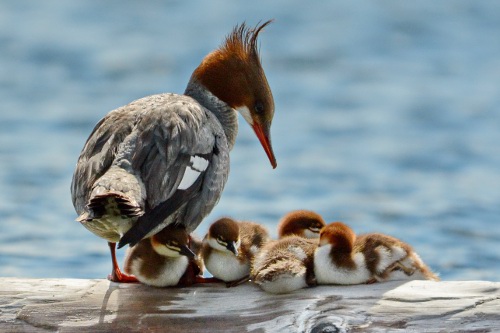 Earlier in the season, the birds would likely have been mere ducklings following along with their waterbound duckling-sitter, but today they were appearing as adults and immature mergansers.

These birds are intrepid fishers, using their serrated-edged bills to grab fish many times larger than their heads. They can stay submerged for enough time to grab some tasty minnow, mollusks or whoppers on their underwater dives. They don’t seem to dive into the water from many feet up in flight, like terns or pelicans, rather they fish more like cormorants, suddenly submerging when they sense a meal nearby. There is a theory that the red color is from the carotinoids in their diets, the more pink salmon they eat, the redder their feathers get. [2]

In any case they are fun to watch. We have spotted flocks of mergansers on Oregon Rivers: the Columbia, the Rogue, the Necanicum and the Willamette. They are a birdwatching treat. 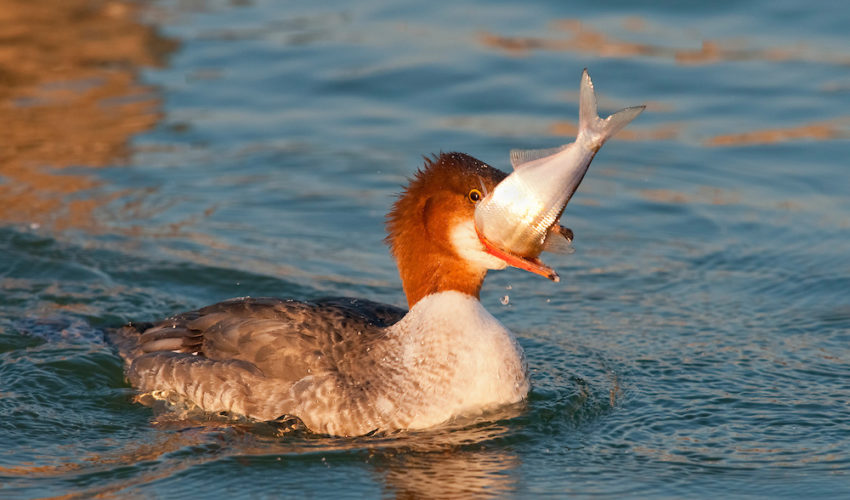 These beautiful birds are sometimes mistaken as a duck. And there are members of the merganser extended family that look quite different from the Common members of the species. Take the Hooded Merganser, for example. Bery Bery Different, indeed! 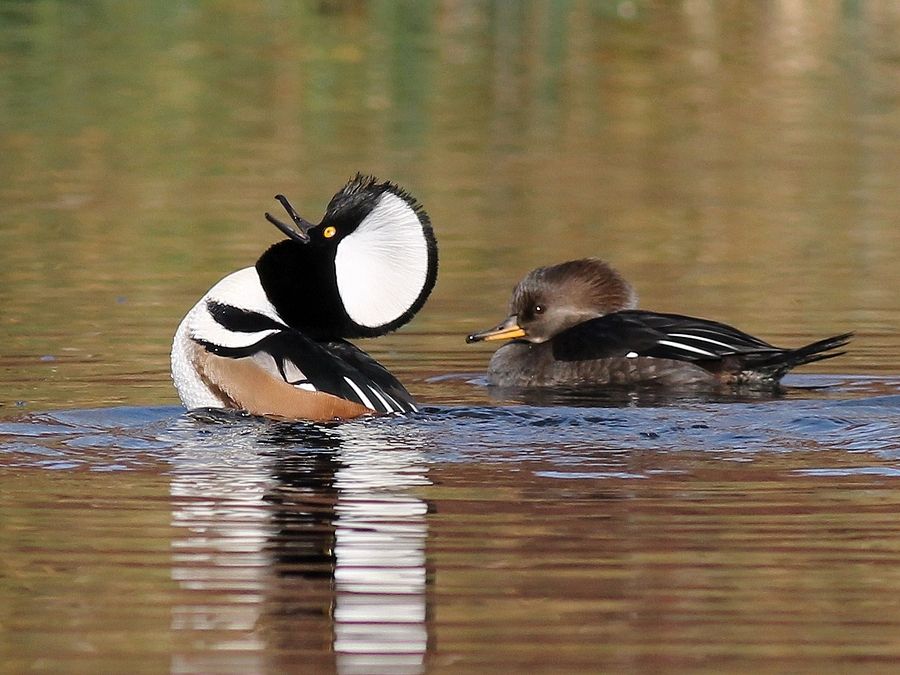