Pen pals are a wonderful thing. Getting random news from someone who is on the other side of the country or the globe is always unexpected and it is often a surprise. My pen pal is a man who grew up near us in Maryland. His name is Bob Tickner. Now that we are living in Oregon, there are few places further away from each other in the lower 48 states than Baltimore and Portland (2,805 road miles apart).[1]

Tick’s penned notes are usually press clippings on an Orioles great, former Colt hero, or Maryland wrestler who has died or come to prominance. Maryland is not known as a powerhouse for any sport in particular. It is a blue collar area, with moneyed pockets of wealth and beltway swagger, especially around DC. It is a state, like Pittsburgh or St. Louis or Cleveland where character is built on the field on in the gym. We all know the value of hard, honest work. We know the reward for sweat and blood.

Over the past few years, my pen pal has pointed out an extraordinary string of superlative wrestlers with Maryland roots, some going back to high school. Pennsylvania has the bragging rights for great high school and collegiate wrestlers, along with Iowa, Ohio, New Jersey, Oklahoma and a few other states. Their traditions are long standing and strong. But when you look more closely, Maryland has had some surprisingly good wrestlers. Perhaps if given its due, and a few more years the state dubbed “America in Miniature” may be producing a disproportionate number of great grapplers, even at the international level.

This is a Witness Post looking at some of the greats and some of the soon to be Maryland greats of the pugilistic sport of wrestling.

About as tough as they come, Navy’s teams in the Ed Peery era were extraordinary for the Academies, especially in the years around Butch Keaser. We saw him wrestle nearly every home match as well as the EIWA’s and NCAA’s. He had that cat like quickness. Keaser would wrap up an underhook, and finish with a far ankle pick before the other wrestler knew what hit him. He carried his success to the Olympics, where he won some hardware for Team USA.

Kopnisky proved his skill at the high school level in Pennsylvania before choosing to be a Terp for college. He also brought some hard earned fame to coach William “Sully” Krouse. Kopnisky was the NCAA champion  for Krouse at 155 in 1965. A few years later he irked Krouse by accepting the job as assistant coach of Ed Peery at Navy. Krouse made life in the coaching ranks hard for Kopnisky, as Krouse must have felt threatened, even after 32 years at the helm of the Terps.

Kopnisky later became the head coach at Missouri, where he expanded his reputation for mental toughness with the art of a talented technician in the sport of wrestling.

Another wrestler who did extraordinary wrestling for the Terps in the late-1960’s was Gobel Kline. Another Pennsylvania school boy wrestler, Kline was NCAA champion in 1969 under Coach Krouse.

University of Maryland wrestlers, 1969. Kline is fourth from left in middle row.

Kline, seeded second, was in a tough weight class and bracket, as evidenced by the fact that Carl Adams from Iowa State, who went on to be a two-time NCAA champ, place 5th that year.

Rico Chiapparelli was from a wrestling family. His father and brother were all wrestlers and he was a National Prep runner-up while competing at Mt. St. Joe’s in their powerhouse program in the Baltimore area. He more than made up for it by becoming a prolific pinner. Chiapparelli consistently wrapped up opponents with his long arms, which he locked into his patented cradle. Coach Dan Gable looked on with admiration with every fall. 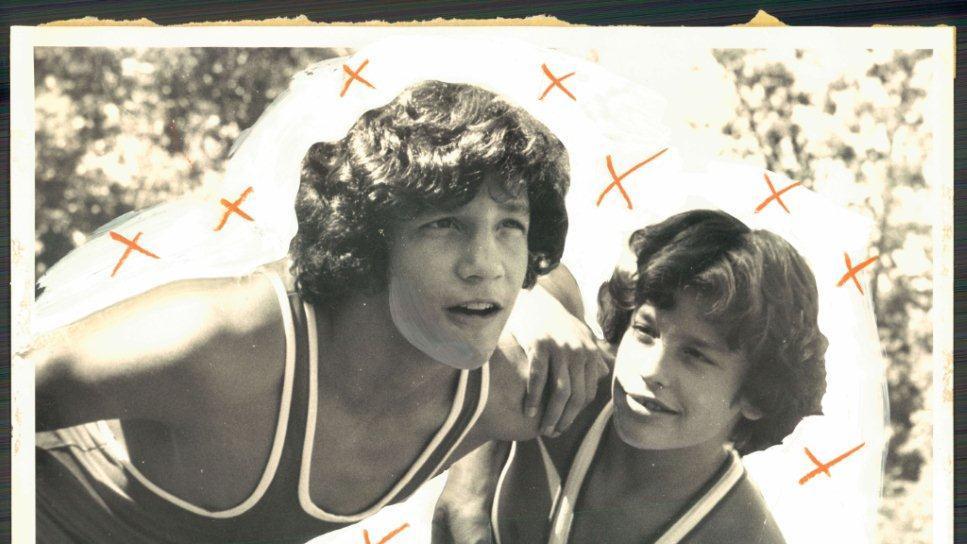 Pen pal Tickner has been raving about these two wrestlers for the past year. They went on to show their stuff at the NCAA’s where they were both surprising winners in their weight classes. Martin helped put both McDonogh, which has been one of the dominant wrestling powerhouses for the past 20 years, and Ohio State on the map. Martin beat another freshman from Penn State in the finals. The Buckeye’s are back!

From the bucolic area north of Washington, DC, lies a small catholic school named Our Lady of Good Council. They produced a strong farm boy for the ages, as he defeated two-time defending NCAA champion Nick Gwiazdowski from North Carolina State. At 225 Snyder was the smallest heavyweight in the tournament and won his finals match 7-5 in overtime.