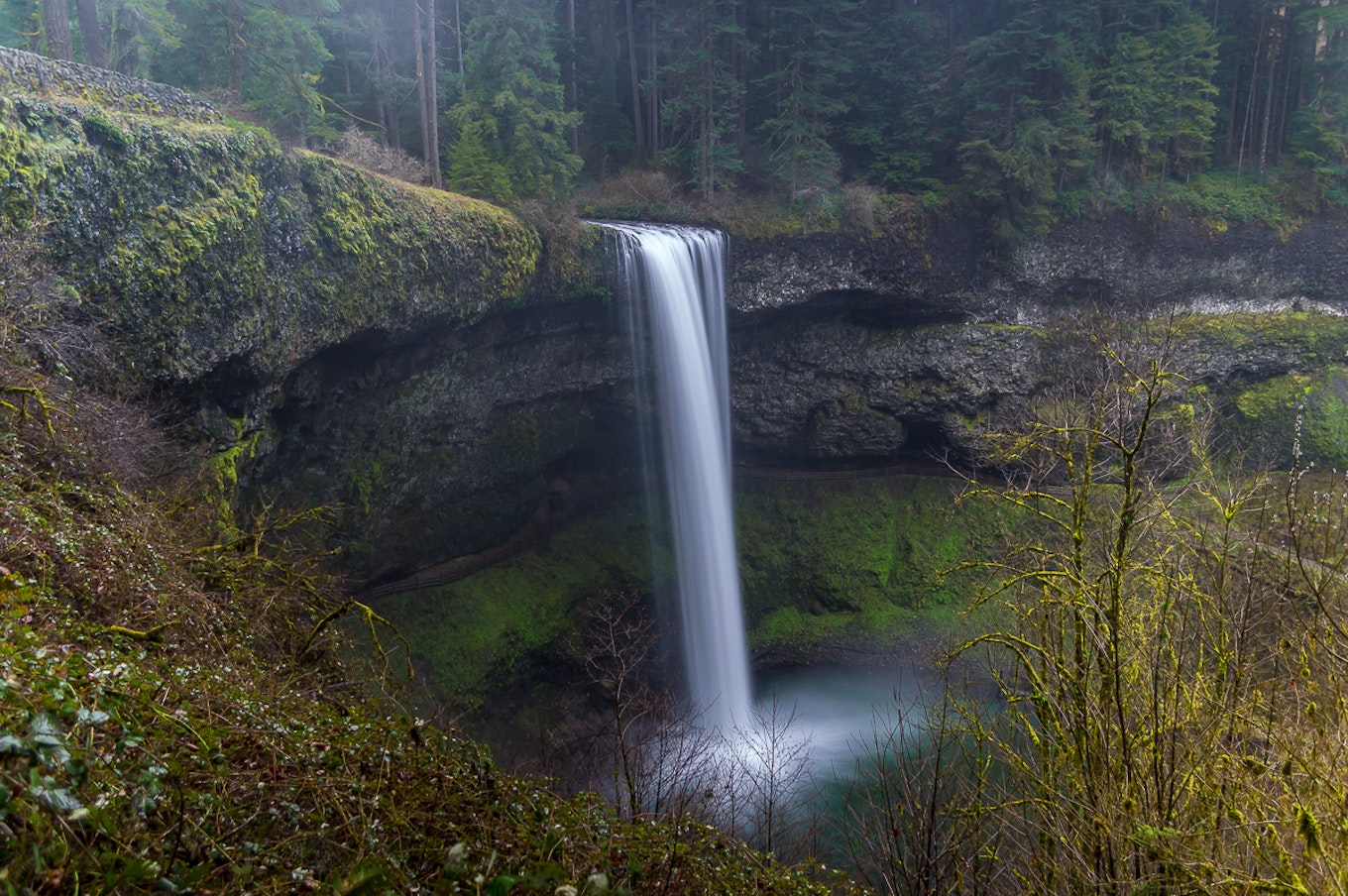 The Trail of Ten Falls has the reputation of being one of the best hikes in Oregon. Walkers can choose an 8.2-mile loop or a shorter 5.2-mile loop. Whichever loop you choose, you’ll be treated to close-up views of powerful waterfalls and massive old-growth forests.

Silver Falls State Park offers a diverse array of services, such as cabins and lodges and picnic areas, but the crown jewel of the park is the Trail of Ten Falls. The longer loop hike is arguably one of the most spectacular and scenic hikes in all of Oregon. The waterfalls range in height from 27 to 177 feet. The waterfalls are the primary draw of this region, but beautiful forest, deep opal pools, and striking canyon views rank highly as well.

Another advantage of this park is the flexibility of choosing where to start and how far to hike. There are two main trailheads and a third with a two-hour time limit.

What makes this hike the greatest is that three are no fewer than 10 waterfalls to enjoy. Silver Falls was designated a “Recreational Demonstration Area” in 1934 by Pres. Franklin Roosevelt, with the designation came development and construction assistance from the Civilian Conservation Corps (CCC).

Tracy Hooper and Marcie Tyre Berkley on the well-worn path

Fern fronds were unfolding all around

The falls were full from the spring thaw

It is easy to start from two primary trailheads, one at South Falls Lodge and the other from the North Falls viewpoint. We took the North Falls Trailhead and returned to the parking lot A by way of the Rim Trail. The Upper North Falls cascades over a cliff that was formed by lava flows from thousands of years of volcanic activity in the region. About a mile into the trail, after a few trips under the lava ledges and the thunderous waterfalls, the trail veers to a side canyon and Twin Falls, which earns it name by the rock that splits the water. The next trail junction is with the Winter Trail, which leads to Winter Falls. It is only a good view in the winter and spring.

Get back to the main trail from the Winter Trail and continue down the Canyon Trail. You will get to Middle North Falls shortly, which starts the highest concentration of waterfalls in the northwest. Just a tenth of a mile later, there is a trail that goes behind the falls, then one last view before you round the corner for Drake Falls, which is best viewed from a wooden viewing platform right next to the trail. On the footbridge over Hullt Creek, look down at Lower South Falls and up to the right at Double Falls.

Continue straight past the Maple Ridge Trail and soon you will come to Lower Falls. Cross behind to waterfall and climb some switchbacks to the ever-popular South Falls. An alternate route to the Canyon Trail goes behind these falls. There is a short trail to Frenchie Falls, just near the South Falls Lodge, which has benches, tables, volunteers, and food concessions.

The abundance of trillium, violets, ferns, salmon berry bushes, salal (shallon), and skunk cabbage were refreshing and odoriferous along the river banks.

We took the Rim Trail back north to the North Falls parking lot, which was where we had parked our car. The final walk through the woods was very crowded as nearly every hiker was with a family (including toddlers), dogs, and cellphones. We could do without the cellphones and crowds in general, so next time it would behoove us to walk on a weekday.

Great conversation and views from the lower loop trails

Walking behind these falls is amazing

Seeing the upper and lower falls in the Twin Falls crack

Pausing for the view of the pools

Skunk cabbage is aptly named for its springtime aroma