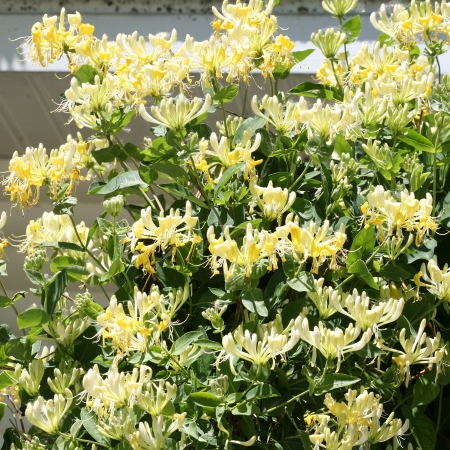 One of the most fun parts of summer is the sipping of honeysuckle nectar. It is delicate and surprisingly sweet. The question is why would someone want this viney weed to climb up those fence posts and trellises and mail boxes, only to be cut back year after year, after it became leggy and invasive? Plus the amount of nectar is so small that it hardly quenches a summertime thirst. The answer is the smell.

The scent of the honeysuckle flowers in full bloom travels for many feet from the plant and it is heavenly. It was one of the favorite flower fragrances of our mother, who was a master gardener. She was more than willing to put up with the winter vines, because of the wafting seasonal aroma that climbed up our mail box post. 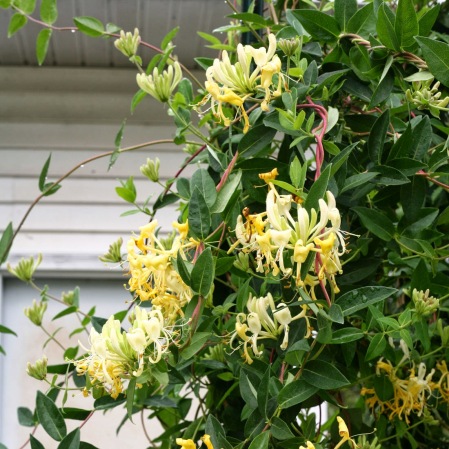 Honeysuckles (Lonicera Caprifolium) are arching shrubs and twining vines in the Caprifoliaceas family. Native to the North Hemisphere, (which means it is very wide spread) there are apparently 180 different species of honeysuckle. About 100 of those species are found in China and 20 in North America.  The flowers of the species attract hummingbirds and bees as soon as they open. The tubular flowers seem to be perfectly suited to the beak of a hummingbird to insert its mouth and suck up the nectar. [1] 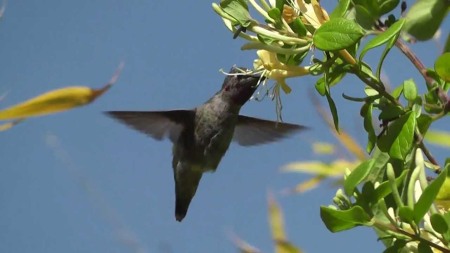 The vines of the honeysuckle have strong enough fibers that they have been used for binding and textiles, though the collecting of the vines, which twine around fences and posts, difficult to untangle. The fruit of the vine is a red, blue, or black berry, sometimes called a twinberry.  The fruit is either a spherical or elongated berry and it contains several seeds, which are often eaten by caterpillars (larvae) before they turn into various moths and butterflies. [2] 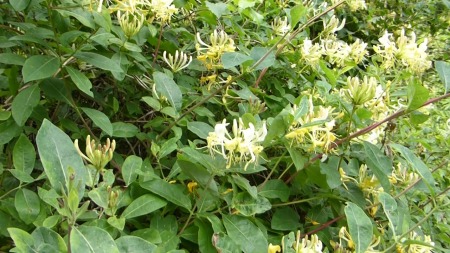